I couldn’t quite figure out what title to put on this post, because “tomato grilled chicken” just sounds weird, and “barley corn salad” doesn’t exactly scream “party in your mouth”.

But trust me, this dish is not at ALL weird, and is TOTALLY a party in your mouth. 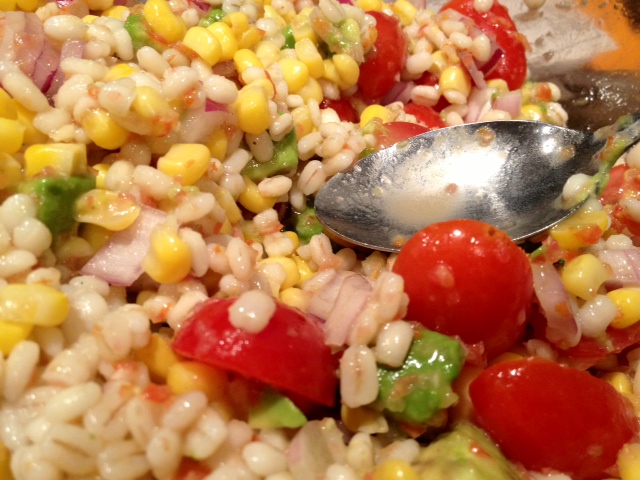 This was my first time cooking barley, and I was a little nervous. It turned out well, though I didn’t quite follow the instructions and forgot to drain the barley (I just kept cooking it til the water evaporated). 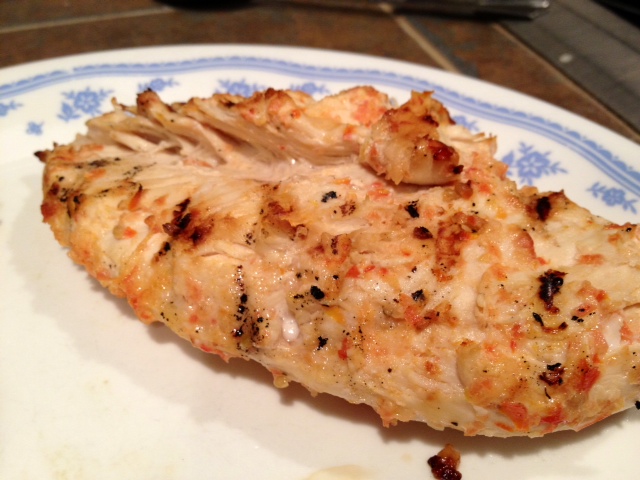 The chicken was interesting but didn’t try to overwhelm everything else, and was super moist. I was worried that it would dry out because I had to cook mine longer (accidentally bought the super fat chicken breasts), but it kept the juice in very well. 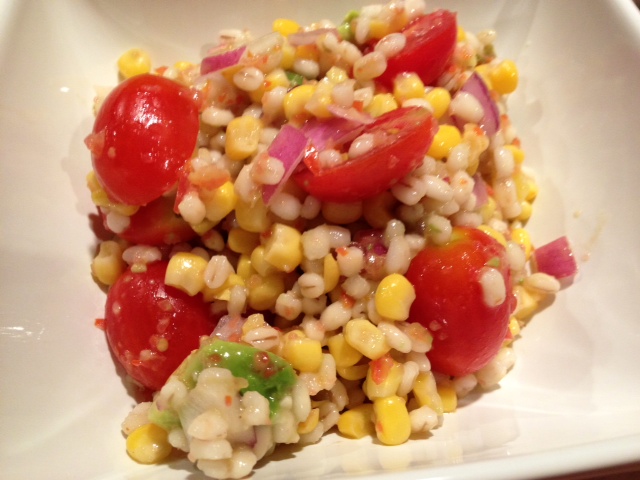 And wow, barley was a revelation! It just had this amazing texture—chewy and nutty, which paired perfectly with the crunchiness of the onions and corn, the juiciness of the tomatoes, and the creamy avocado.

First, cook the barley according to the package directions and drain when it’s tender (make sure all the extra water is removed). Put in a big bowl so it can cool—I threw mine in the fridge.

While the barley’s cooking, combine all the vinaigrette ingredients in a food processor or blender, then process until smooth. 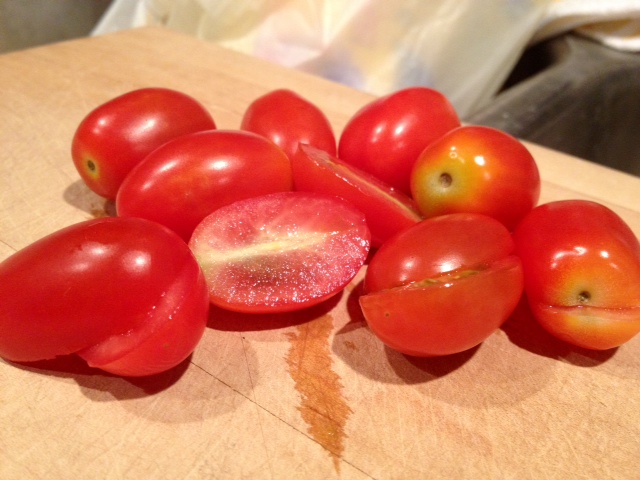 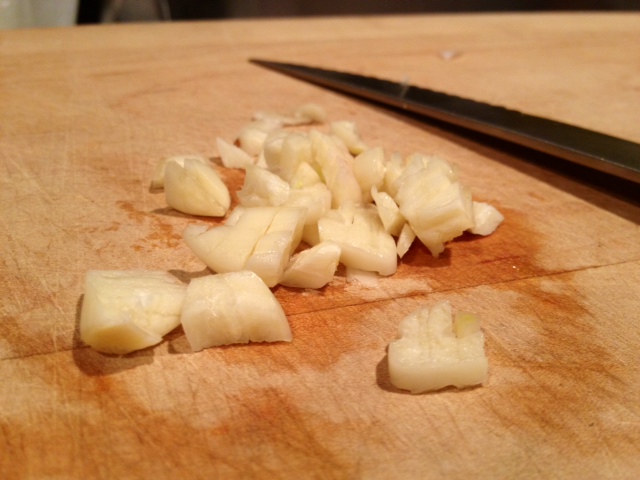 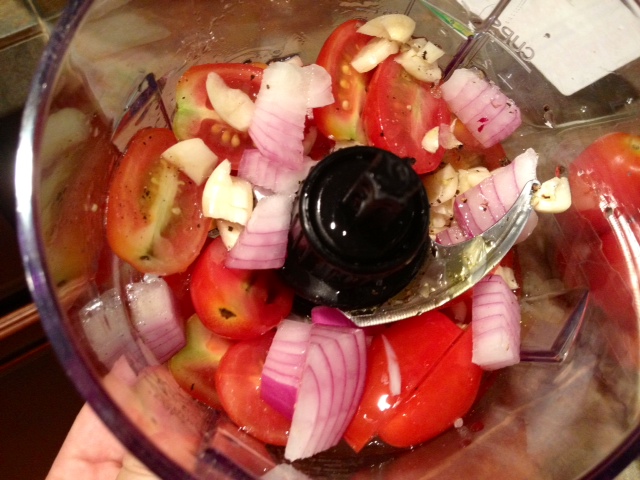 Season the chicken with some salt and pepper, then put it in a plastic bag with 6 tablespoons of the vinaigrette.

Marinate in the fridge for an hour or more (24 hours MAX but recommend more like 1 to 6 hours). 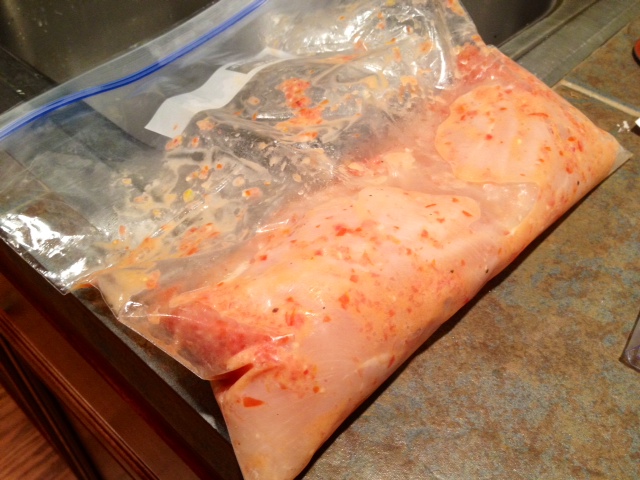 In a big bowl, stir the corn, cherry tomatoes (cut in half), and diced red onion, then gently stir in the avocado. 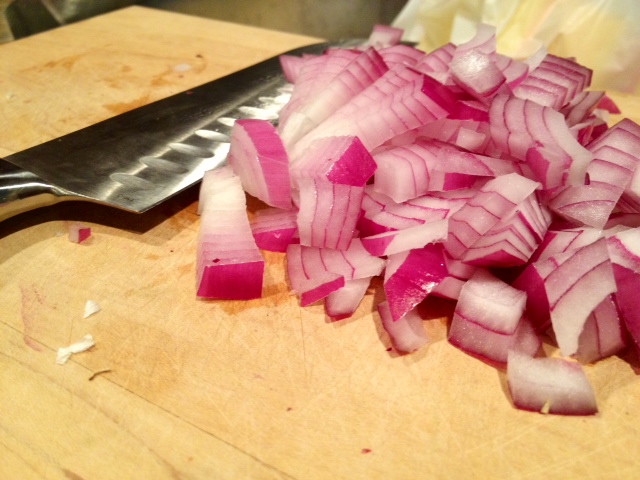 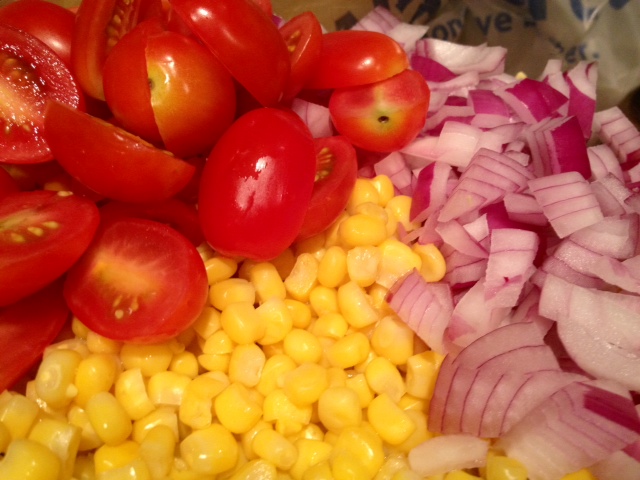 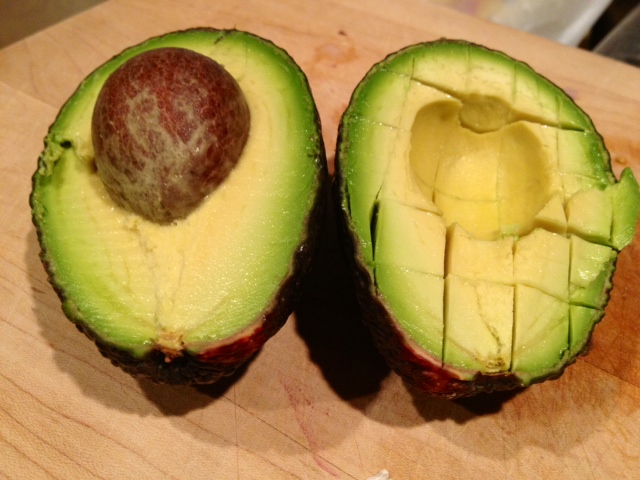 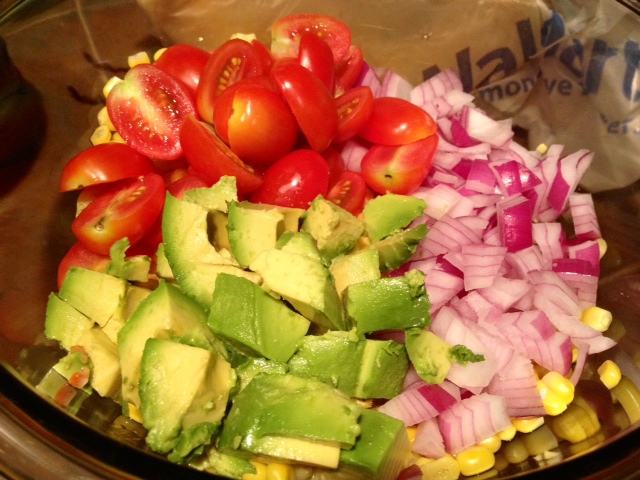 Add the cooled barley and combine, then add the remaining tomato vinaigrette and toss gently to coat.

Season with salt and pepper to taste—I found that I didn’t need any extra beyond what was already in the vinaigrette. Put in the fridge until ready to serve. 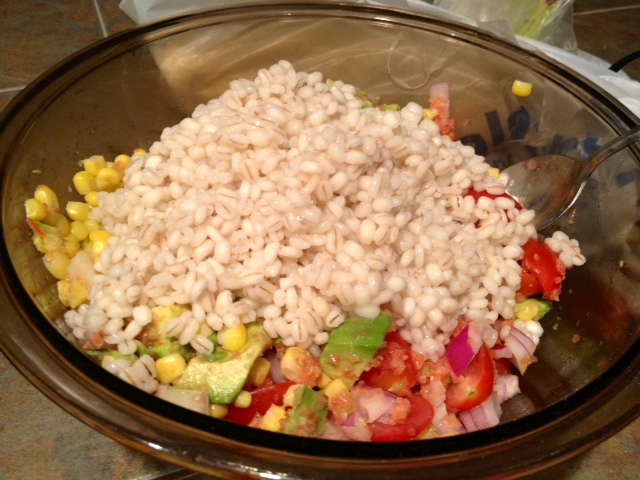 I had the misfortune to buy super fat chicken breasts, so it was more like 8 minutes a side.  The internal temp is what’s important, and a good digital thermometer is a must! 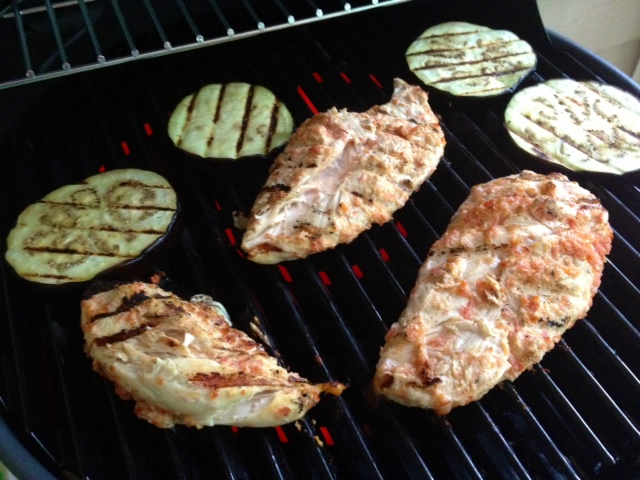 Let the chicken rest for 5 minutes off the grill, then serve with the corn barley salad, either on top of it or to the side. 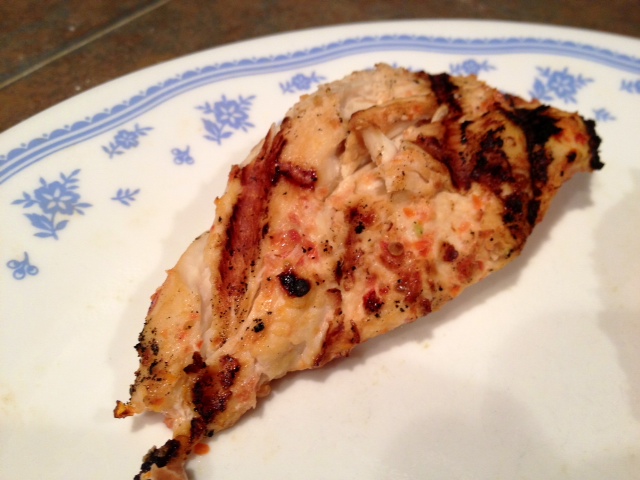 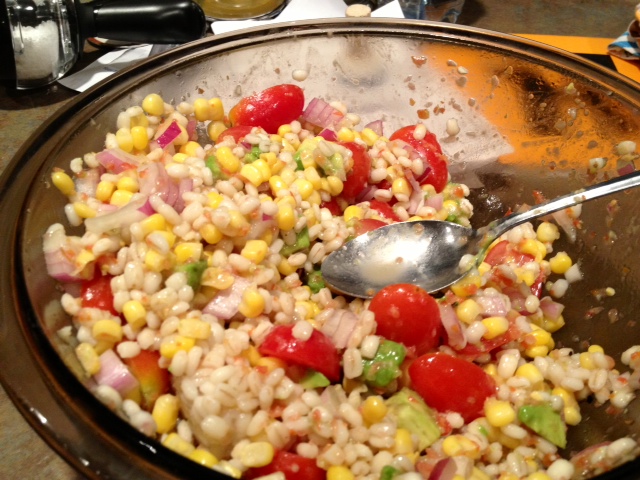 The tomato grilled chicken was definitely needed to make this a full meal in my opinion, but that barley corn (avocado tomato) salad was the star of the show, and also made great leftovers for my work lunch the next couple days.  You could dice up the chicken into the salad for a one-bowl meal that’s perfect! 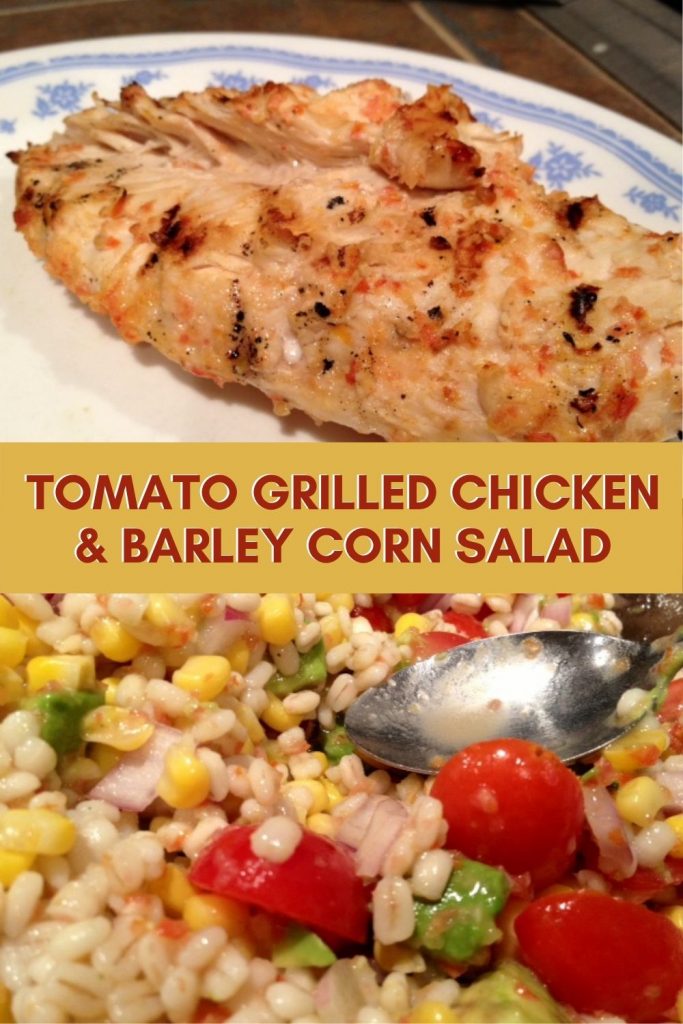 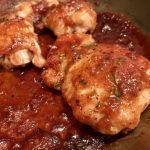