In my world, soup is not a meal.  Don’t get me wrong, I love soup, but it’s a prelude to a meal or something you eat *with* your meal.  Except this soup. 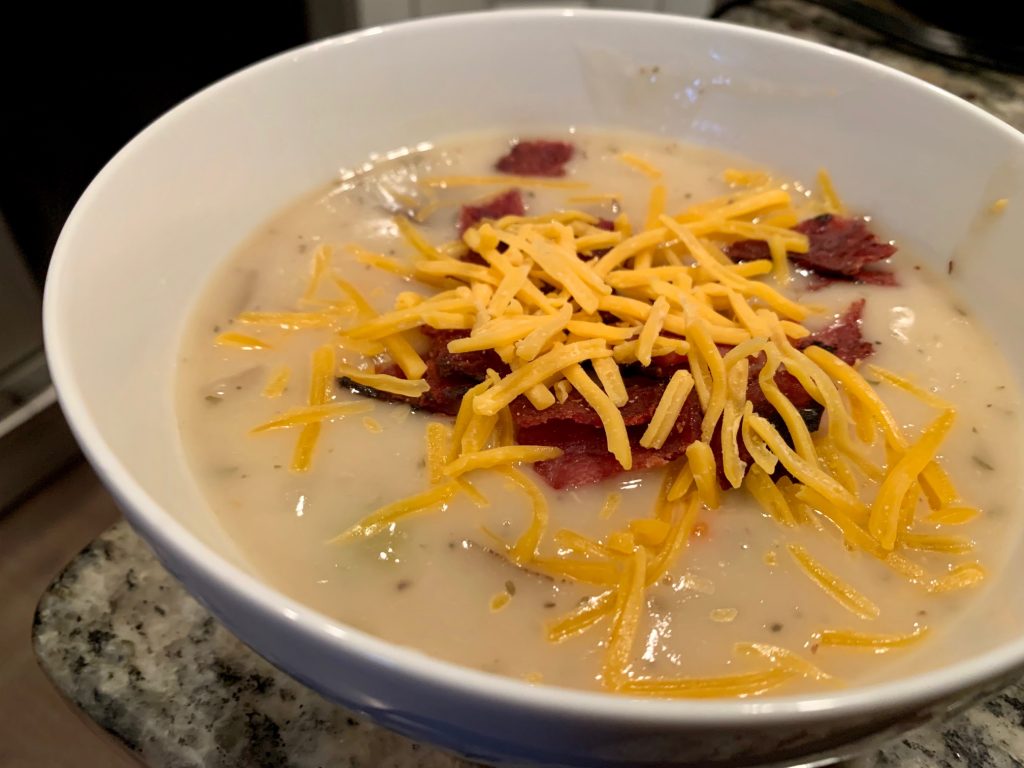 My mom’s baked potato soup is hearty and healthy and delicious and the best dang soup you’ve ever had.  Even better?  You make it in the crockpot, so it’s practically hassle-free.

[Note: I’ve edited below, I don’t use bouillon anymore, so I just replaced the water and bouillon with chicken stock instead; but you can use bouillon or stock concentrate too] 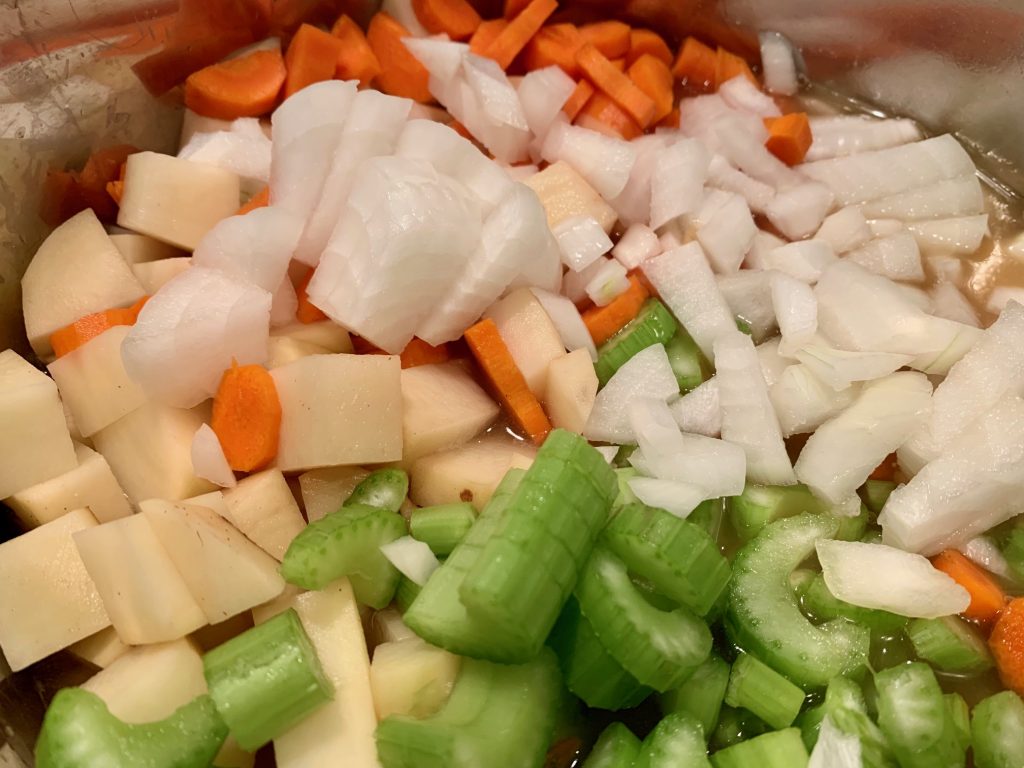 Let the vegetable chopping commence…peel and cube the potatoes (sometimes I leave the peels on).  Peel and chop the carrots and chop up the celery and onions. 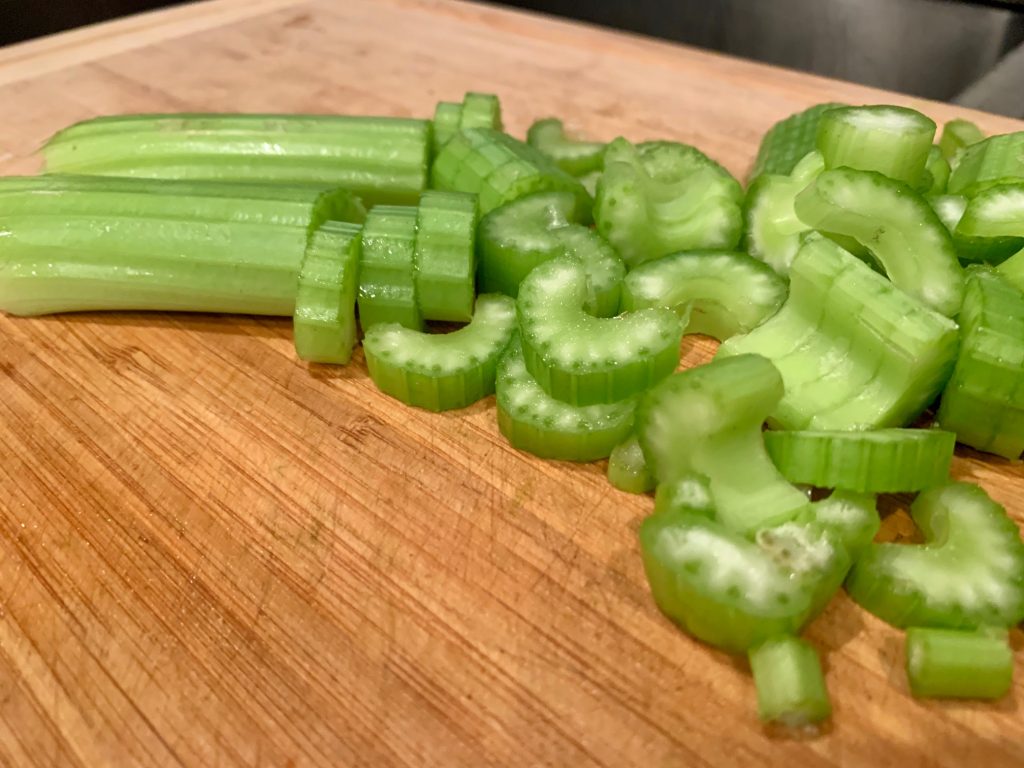 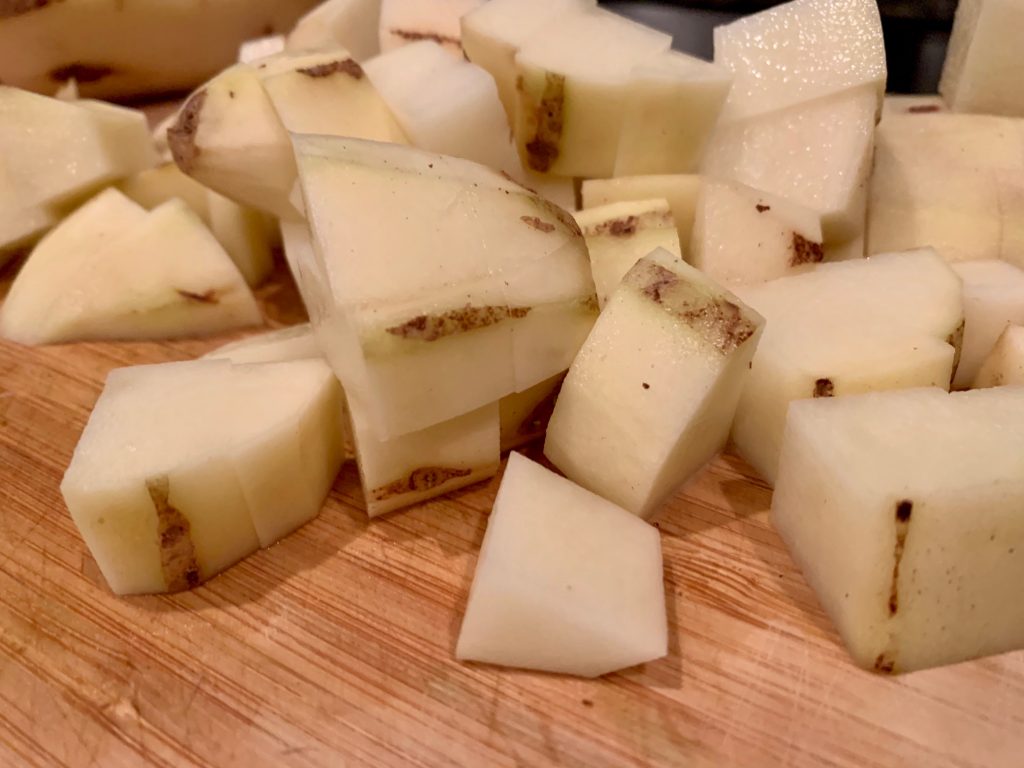 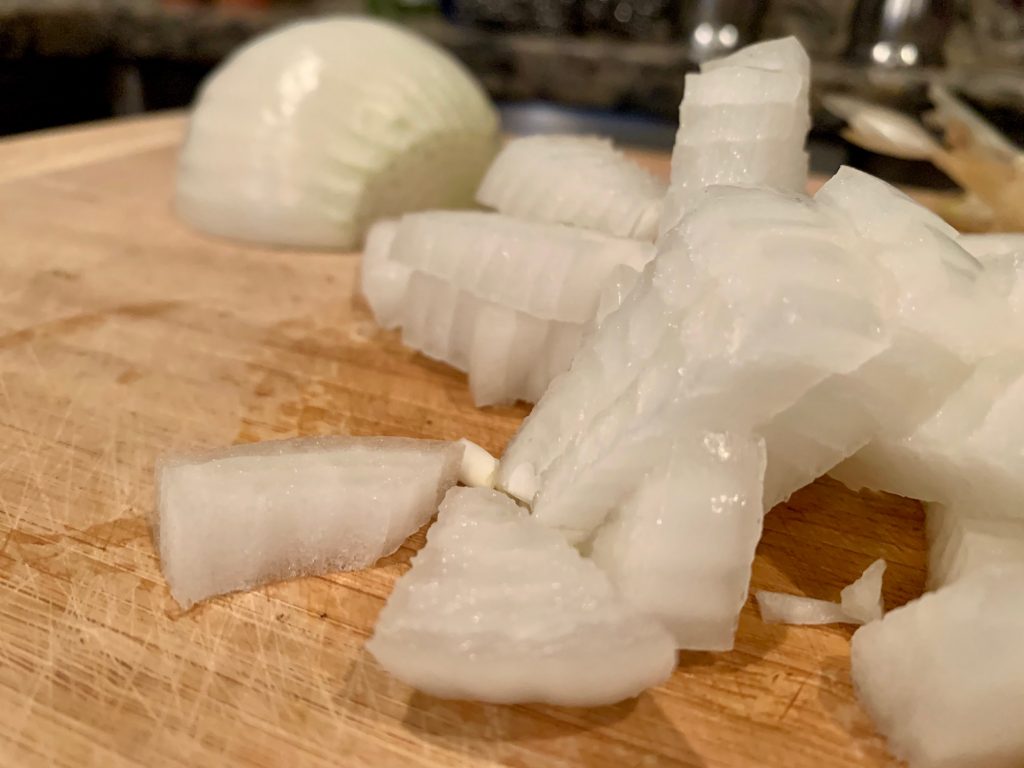 Add all the vegetables to the crockpot, along with the parsley, salt, and pepper.  Stir everything together and put the lid on. Let it cook—for 3-4 hours on high, or on low for 5+ hours. If you’re around, stir every so often. If not, it’s no big deal. 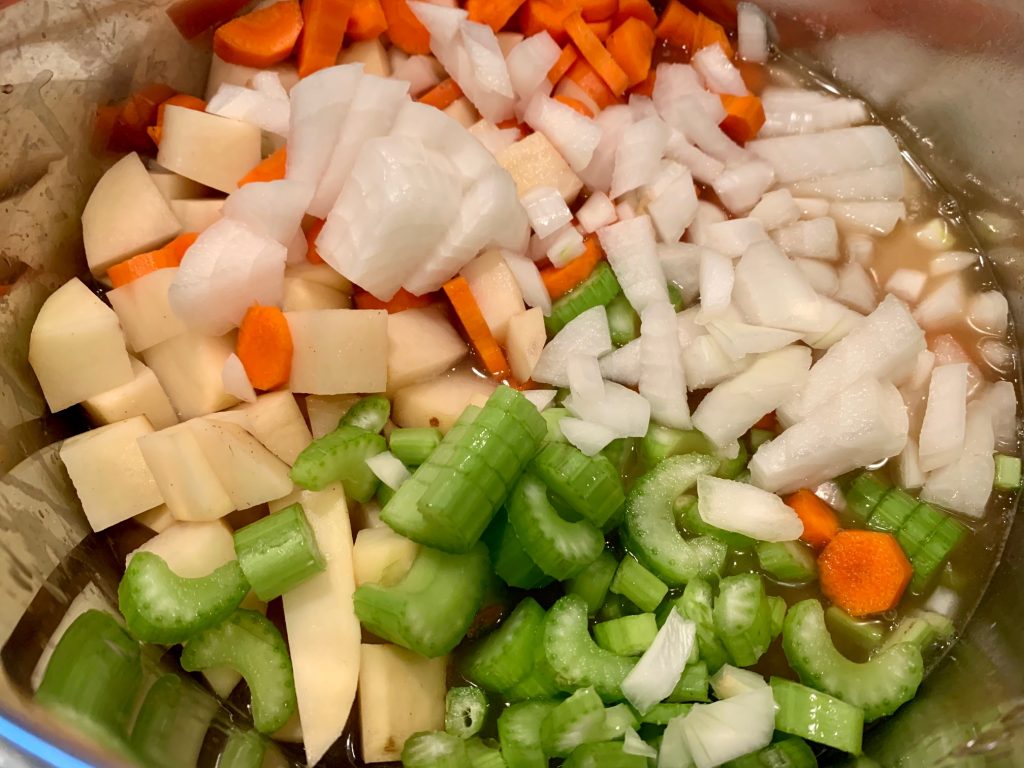 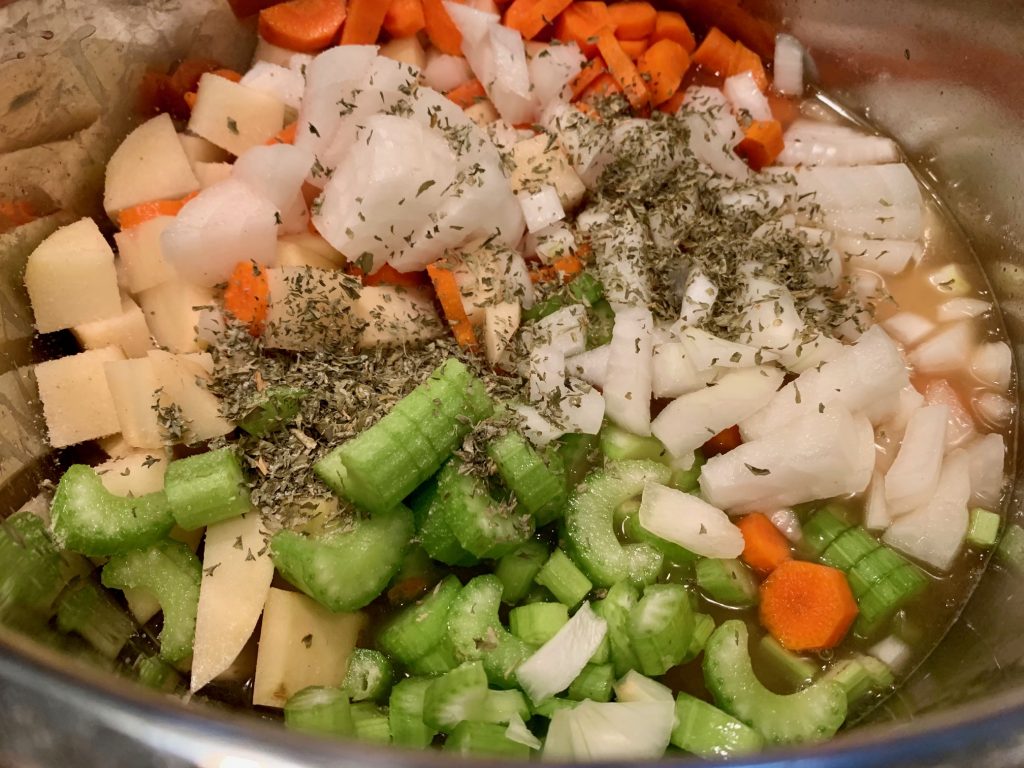 About an hour before you want to serve it, add the evaporated milk and stir. 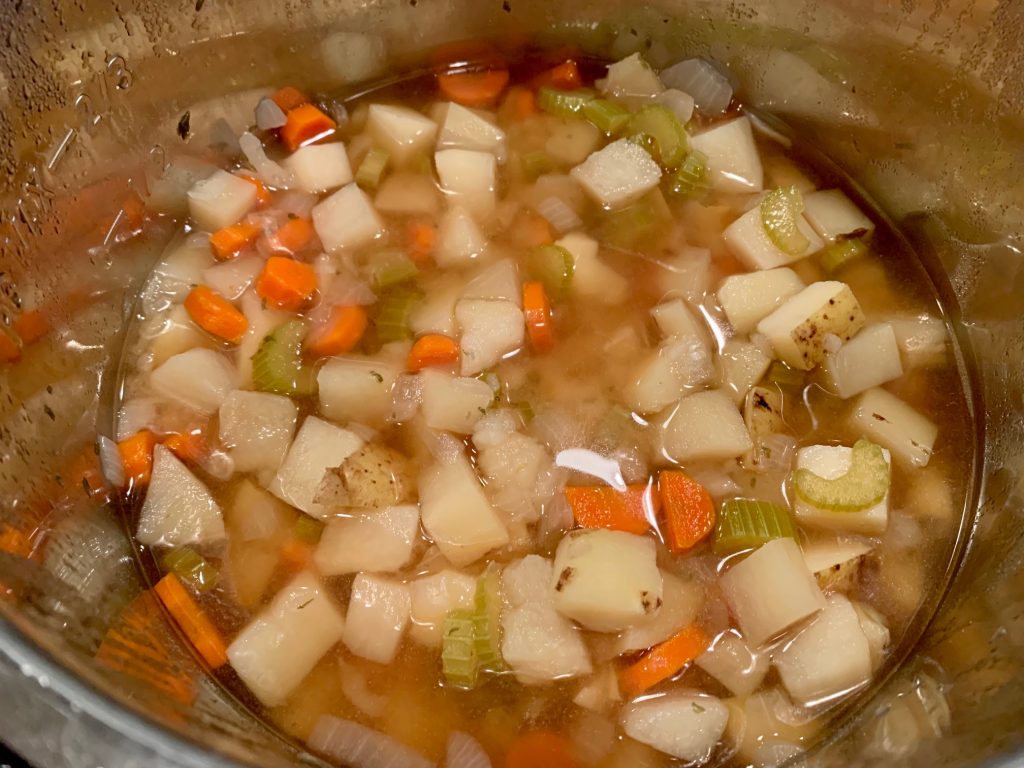 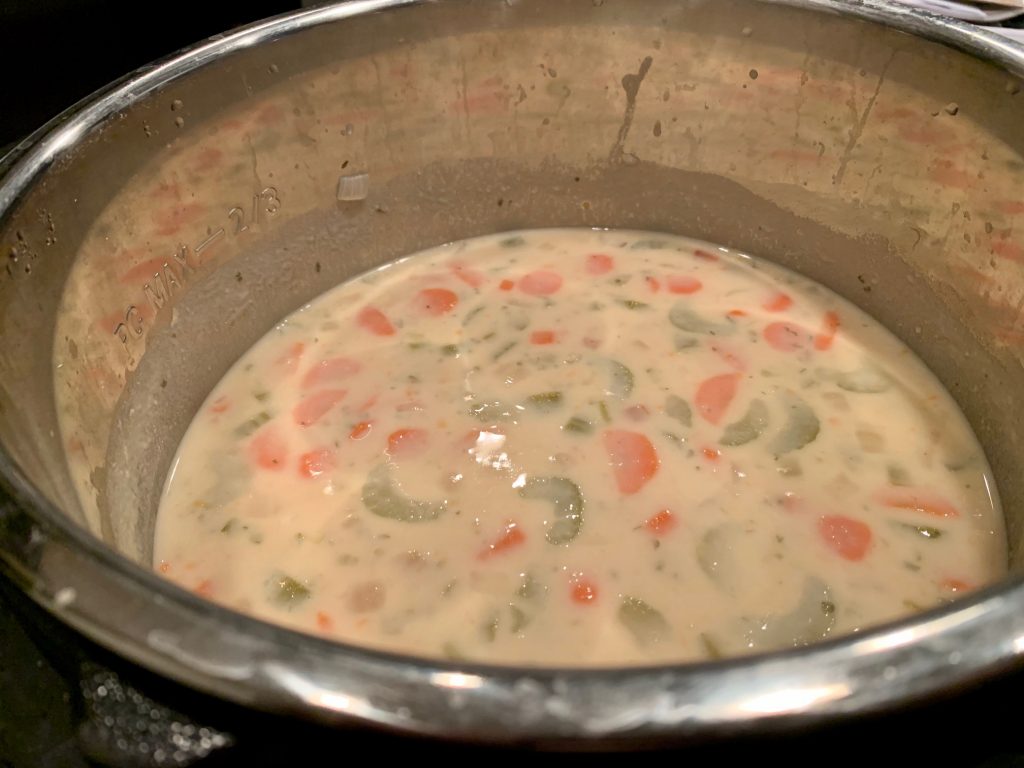 Then, about 10-15 minutes before you want to serve, mix up a little thickener with the cornstarch and some water and add to the soup (stirring to thicken).

Now, if you’re serious about being awesome (and you should be), you’ll want to cook up some bacon (for me it’s turkey or beef bacon).  Crumble that bad boy up (kitchen shears are your friend), add some shredded cheese to your now-thickened soup, and devour! 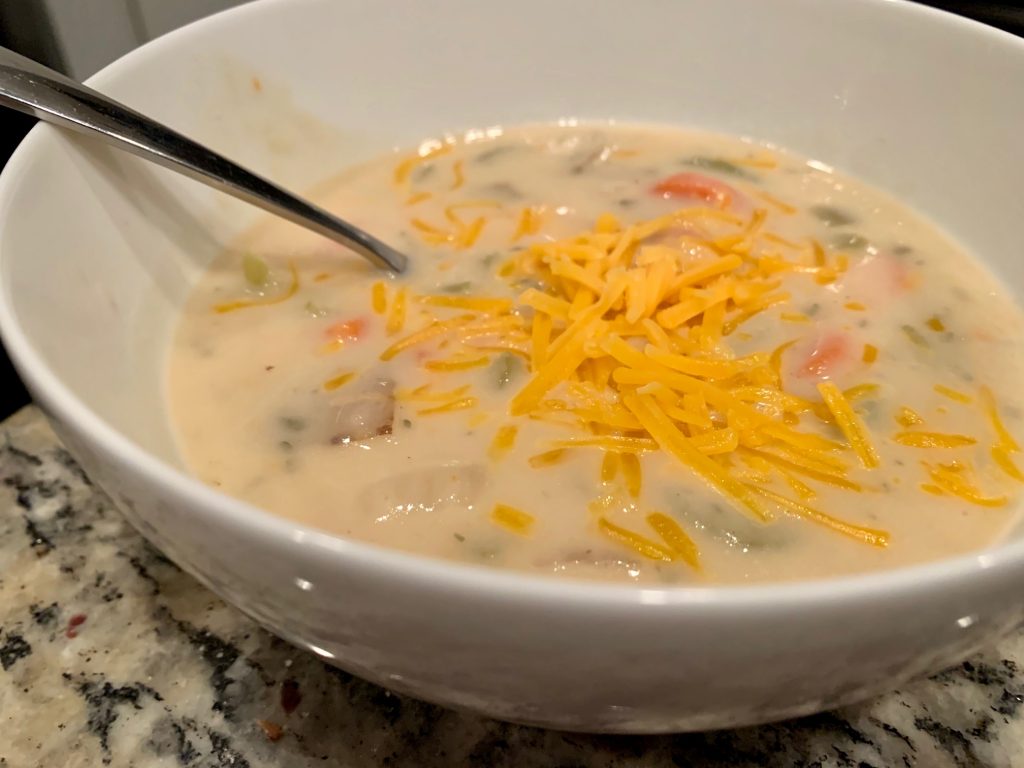 Seriously, this baked potato soup is the best.  THE BEST.  Also the most popular recipe of all time on this site.  Because other people apparently have great taste too. 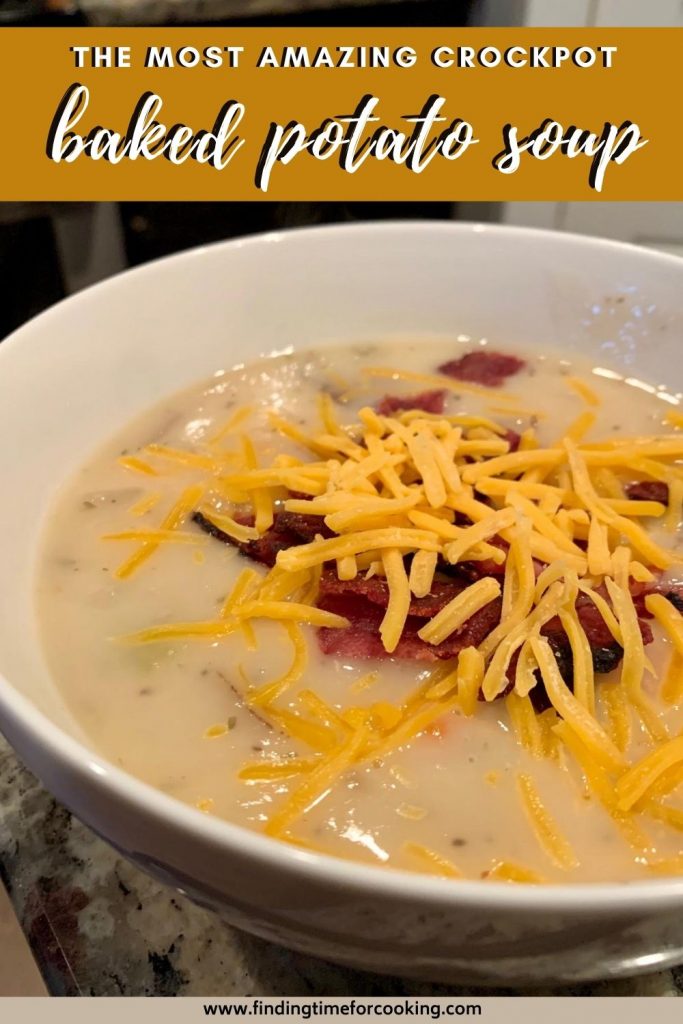 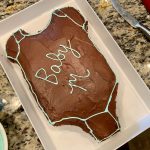