I’m one of those people who believes that if something sounds too good to be true, it probably is. There’s always a catch.

I also love dessert, but pretty much don’t keep anything in my apartment except raw ingredients. So that way, if I’m craving dessert, I either have to make something (which takes time and effort) or go out to get something (which also takes time and effort). Probably 98% of the time I talk myself out of it by sheer laziness because I can’t decide exactly what I want, which my waistline appreciates. 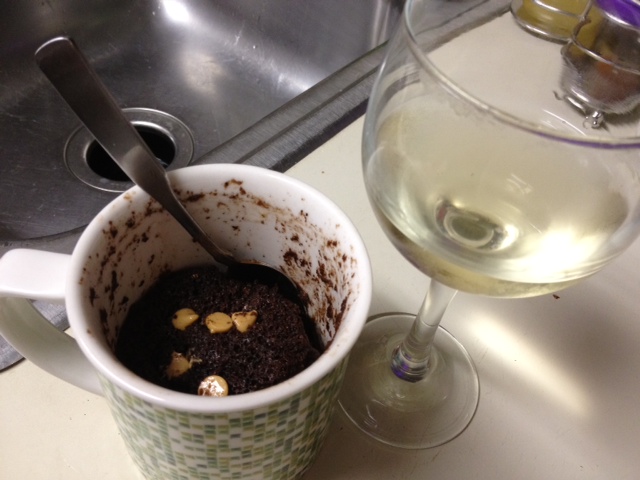 So the idea of mug cakes is both brilliant and frightening, and also makes me a little skeptical. I love the single-serving aspect, since any time I bake a batch of cookies or cupcakes I end up eating half of them. I love the idea of something that takes less than 10 minutes to make. But is it legit? I decided to try a few out and see… 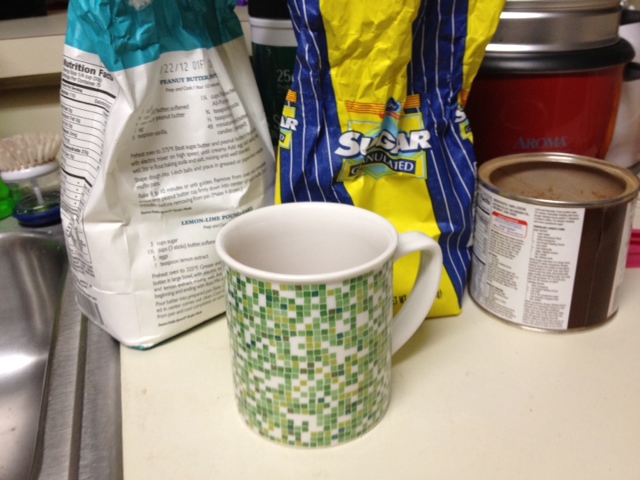 First one I tried was a chocolate one from 2 Stews (the recipe is linked). 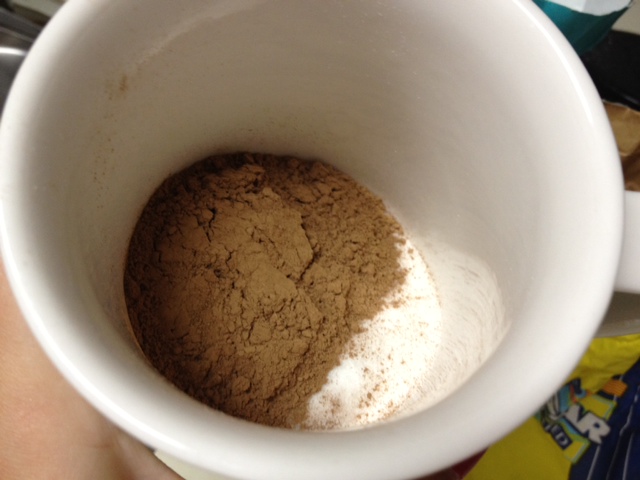 I went light on the sugar (only 2 T, maybe slightly under), and added peanut butter chips. 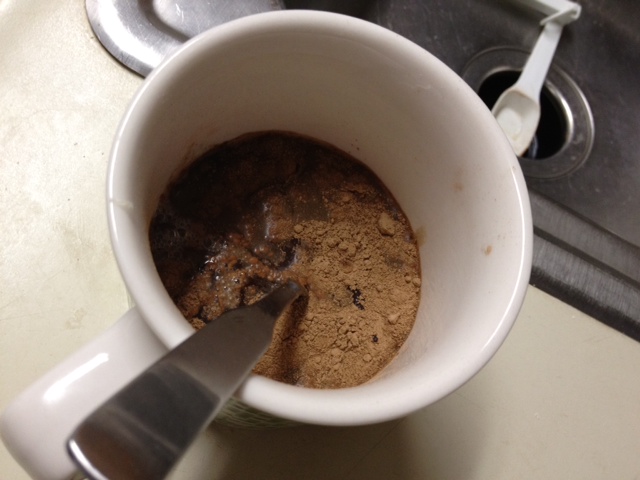 Overall good, though maybe needed a little but more sugar. 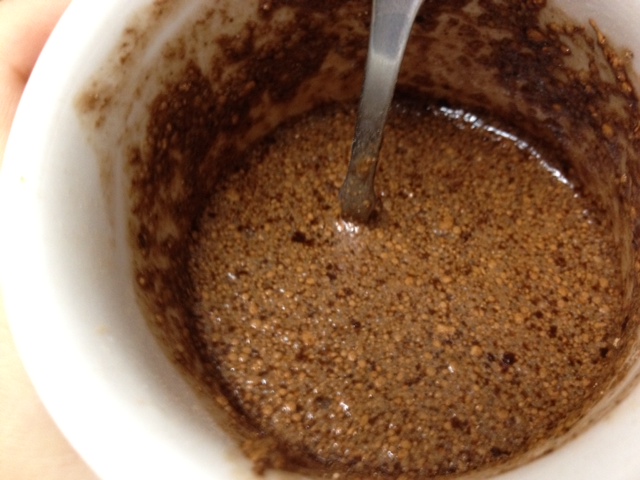 Didn’t cook evenly, bottom was too wet, top starting to get dry. I’m going to play around with differently-proportioned mugs to see if that fixes it—if maybe a slightly wider, shorter mug will cook more evenly. But overall can’t complain. 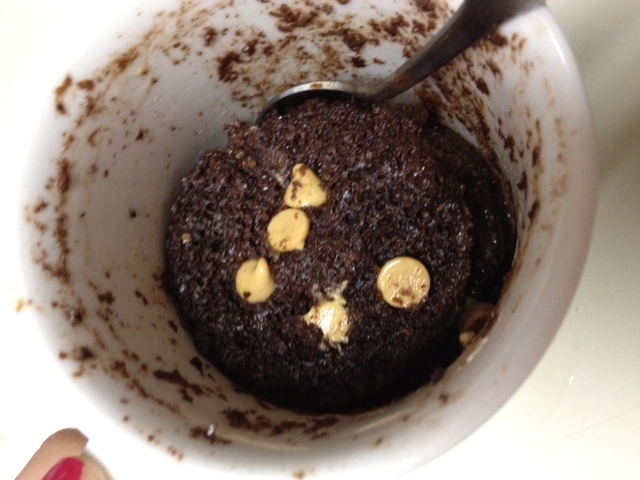 But it’s a dangerous path…now I delicious dessert is literally only a couple minutes away. 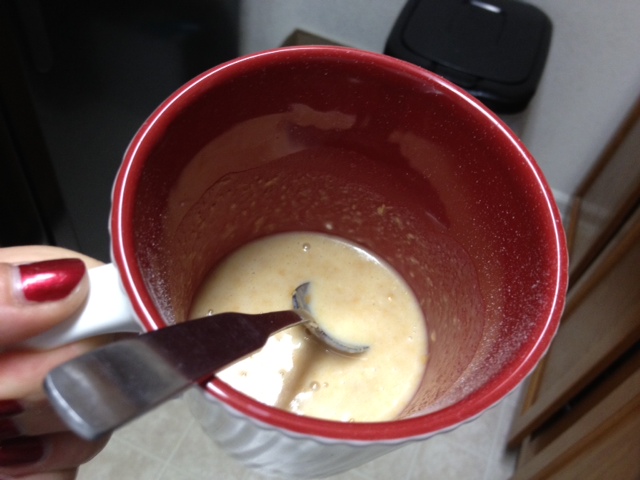 The second one I tried was a peanut butter mug cake ( recipe here http://kirbiecravings.com/2012/02/peanut-butter-mug-cake-low-fat-version.html). 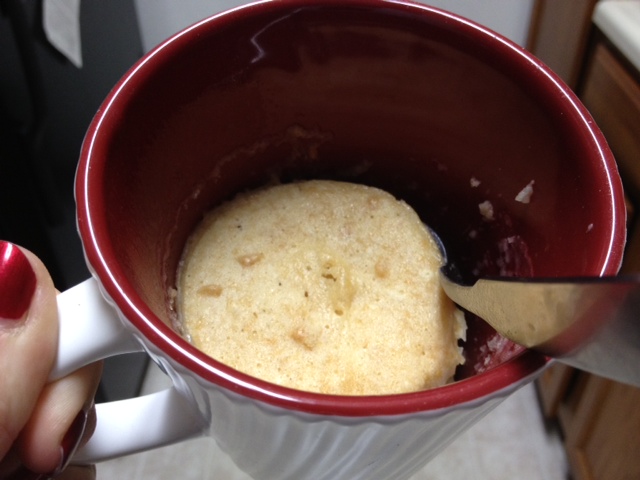 Didn’t love the texture on it, too dry—and I under-sweetened a little. If I were going to re-try, I’d cook for less time. 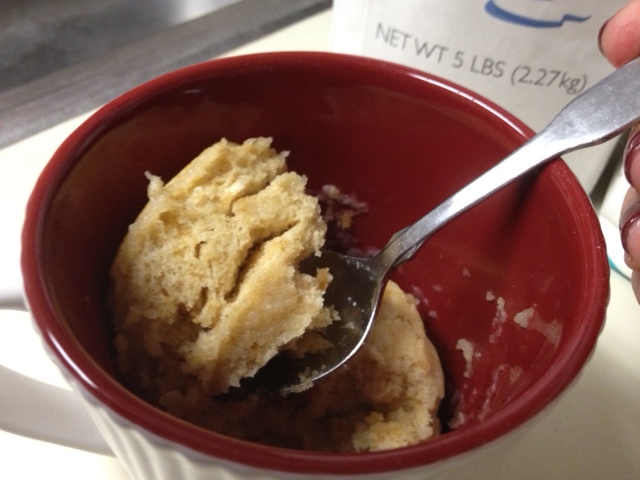 I like the peanut butter taste but the texture needs improved upon.

This one intrigued me, it’s a chocolate lava cake in a mug.  First time I tried it I did use the orange extract it called for, and overall I liked the cake. Also thought it was interesting that it called for a whole egg, where the other two just called for egg whites. 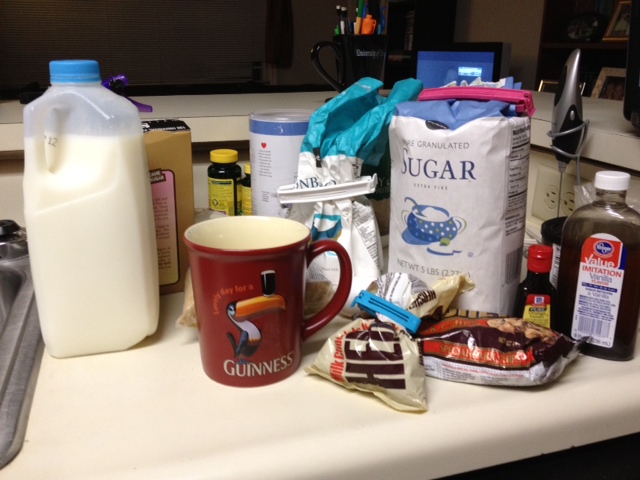 You can use the original recipe here, my thoughts/tweaks below…http://yellowbowlbakery.blogspot.com/2009/04/chocolate-lava-cake-in-mug-in-microwave.html 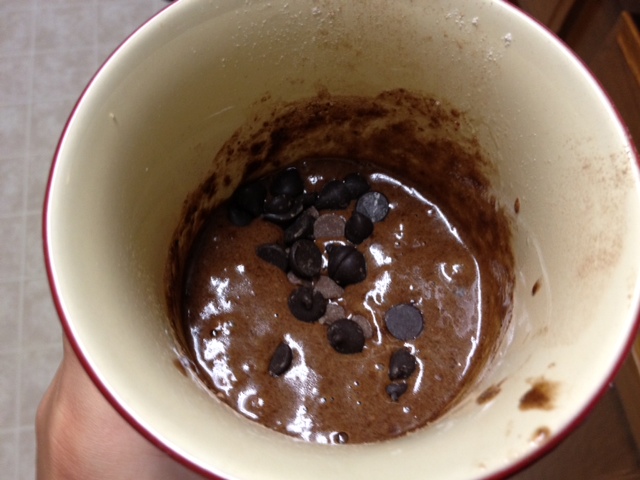 You drop the chopped-up chocolate (or chocolate chips, in my case) in the middle but don’t stir.

The taste was great (particularly the dark chocolate and orange), but I think I’d cut the cooking time for the first bit. It says to cook 1 minute, stir it up and then cook 20-30 seconds. I’d cook 40 seconds for the first bit, stir, then cook 20-30 seconds. Mine was too cooked, too dry—meant there was no lava, just cake. Update: I tried this recipe again, microwaved 40 seconds, 30 seconds, and 10 seconds, much better texture. 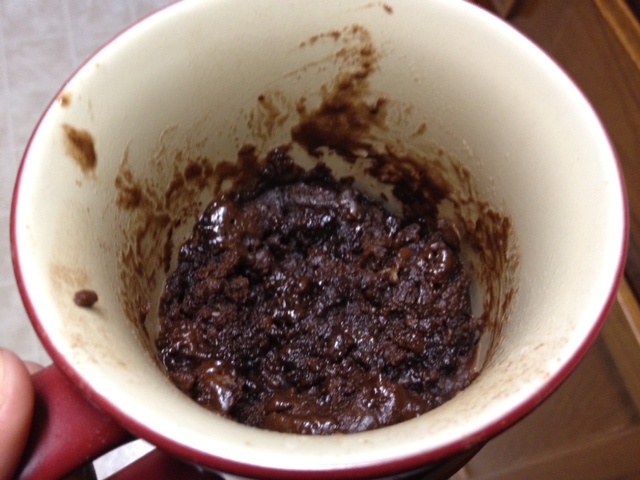 So, mug cakes…I’ll keep trying different recipes, but these are a few good ones to start with. Definitely err on the side of under-cooking, and over-sweeten a little. 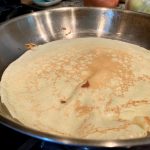 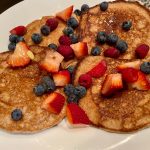