I’ve made no secret about my love for kale in its many forms—particularly sauteed.  I make it basically every night. But tonight after work I stopped by a farmer’s market on Peachtree and (because I was dumb and didn’t bring my reusable grocery bag) grabbed all my arms can carry.  Including scallions. 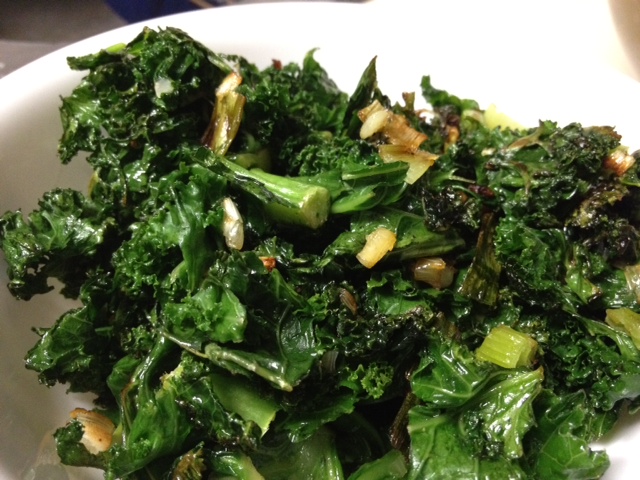 And then when I got home I had to do research on what exactly a scallion is, and how to prepare it. But since I was so tired after a long week, I decided to start by sauteing some with my nightly kale side dish.

Didn’t take any more time, and added a little something different to my nightly routine. 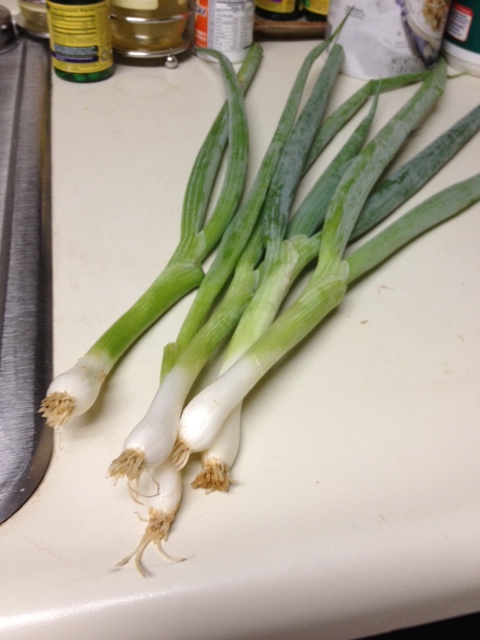 So, apparently you can use basically all of a scallion except the actual root at the bottom and you should probably cut the very top of the greens off (the part that’s probably a little wilty). The green part of the onion is kind of like chives. The white part is maybe like an onion and garlic combined? A bit of bite. You can use either part or both. I used about three or four total scallions, and only used the green part of one, plus the white and pale green part of all of them. 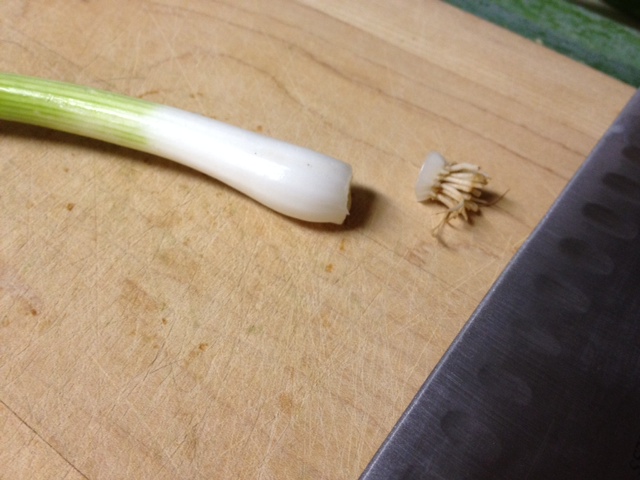 Chop off the tiny root at the bottom. 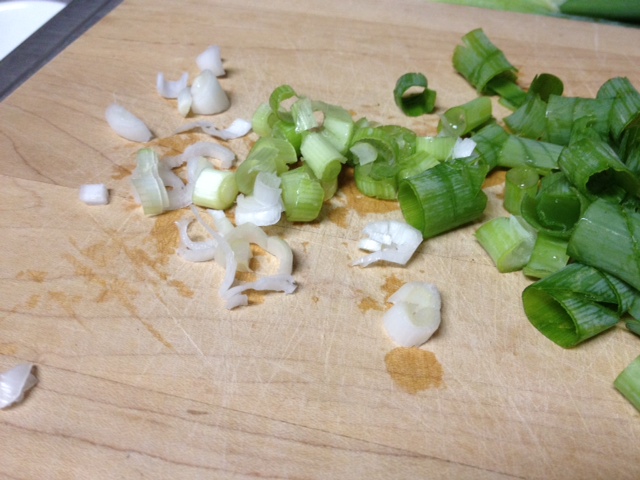 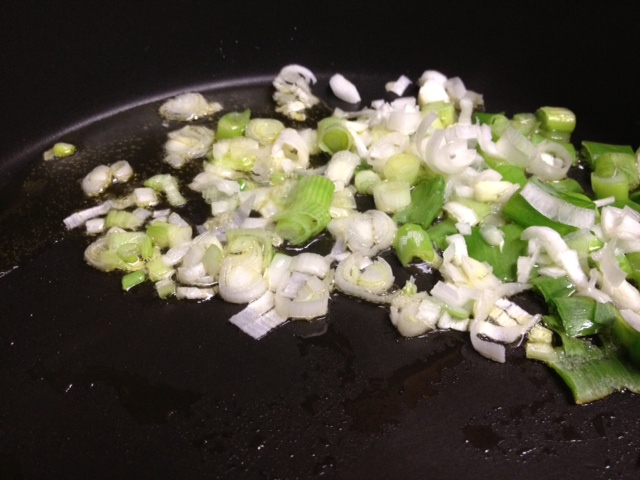 Heat a pan to medium-high (5-6 on my stove). Add a couple teaspoons of olive oil, then add the scallions. If you’re using fresh garlic, add it here too. Stir around for 30 seconds or so. 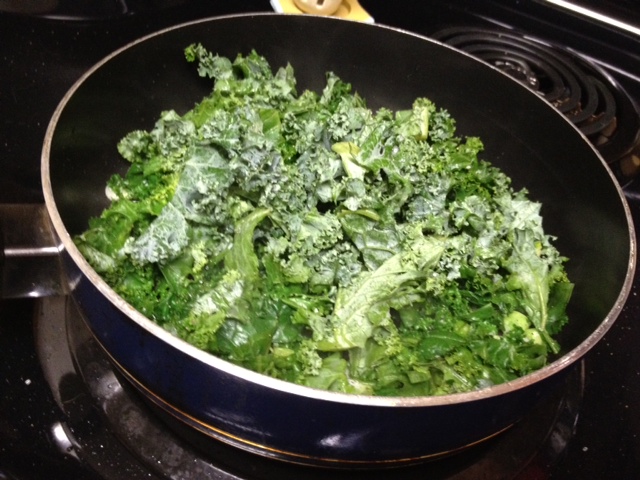 Add the kale to the pan. 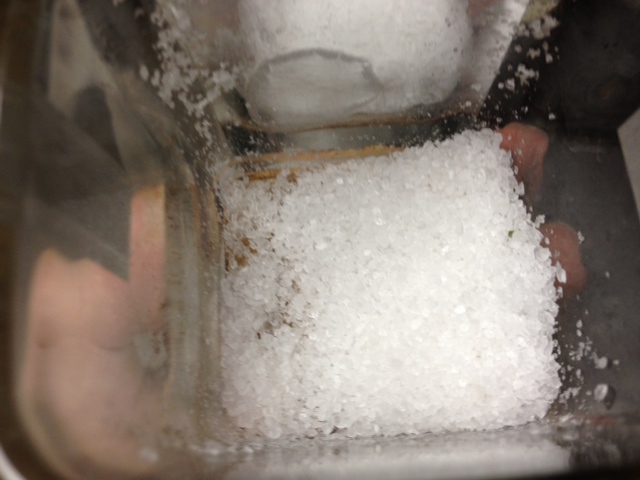 Add some sea salt and pepper. I also add some powdered garlic here when I’m too lazy to use real garlic. Remember that kale tends to be kind of salty tasting when cooked, so go light on the seasonings (you can always add some later). 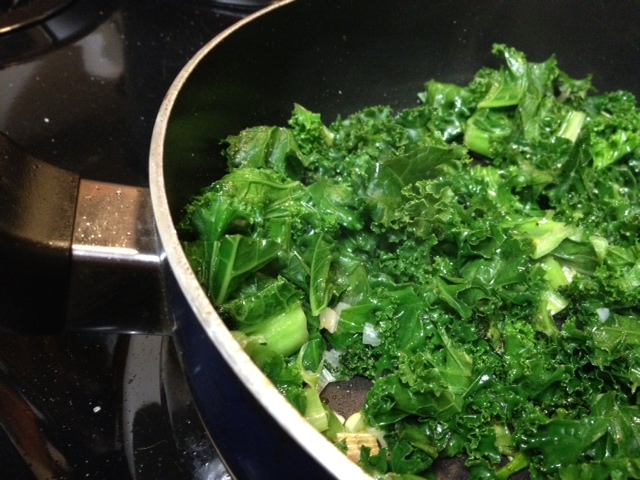 Stir everything up and make sure all of the kale gets touched by the oil. 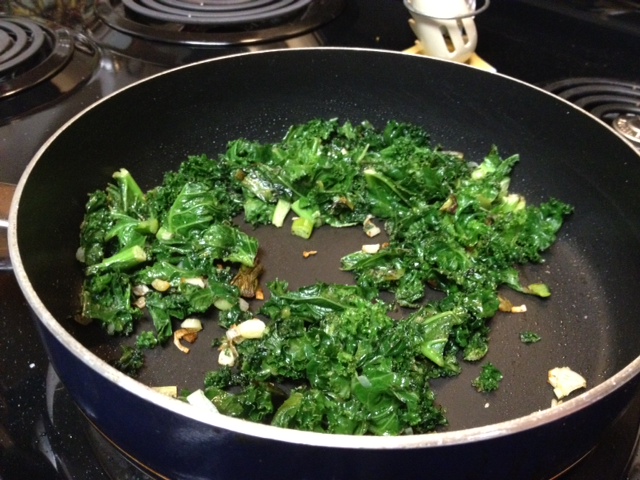 Cook for a few minutes, until the kale begins being a little crispy and the scallions look golden. 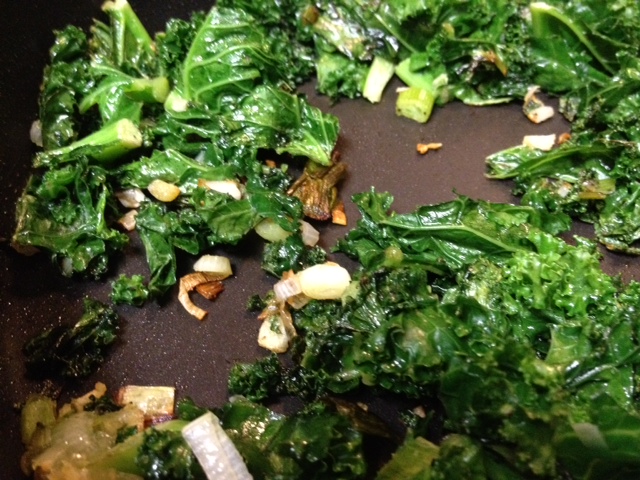 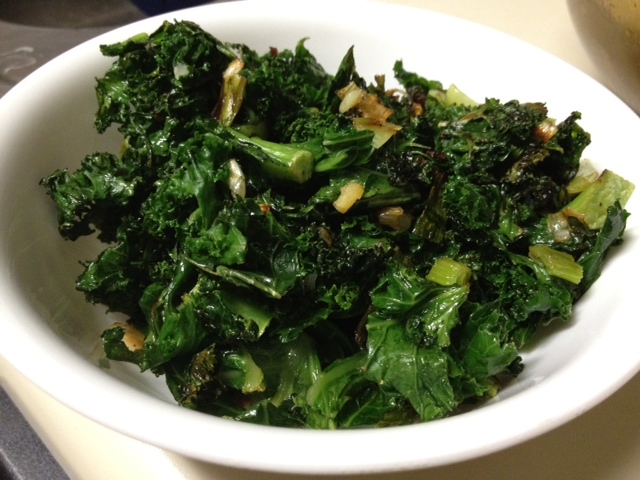 Added something different, a definite onion-y character and a little less of the sweetness I typically get from kale. Was a great change of pace! 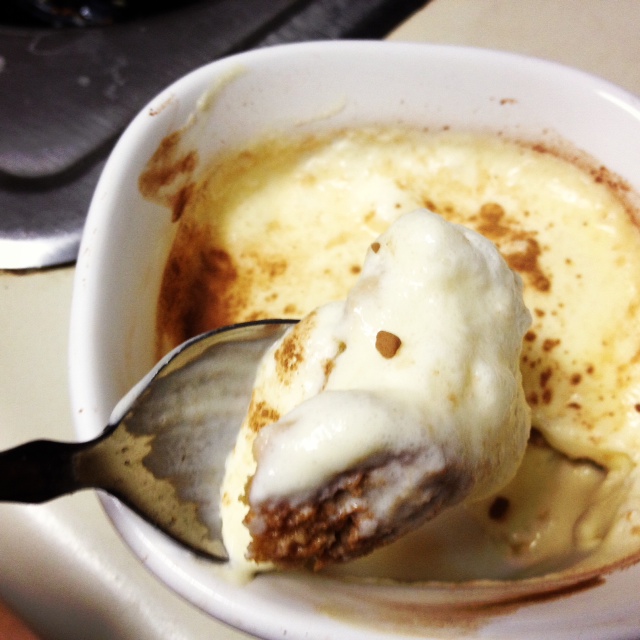 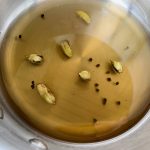