Fresh, hot cornbread is just the best, isn’t it??

The problem with cornbread so often (and why I don’t make it much) is that leftover cornbread is bad. Like dry, get-stuck in-your-throat-and-scratch-up-your-mouth bad. It’s just one of those foods that doesn’t translate to leftovers well. And for one person (that’s me) to try and eat an entire pan of cornbread in one sitting is madness.

Not that I haven’t tried… 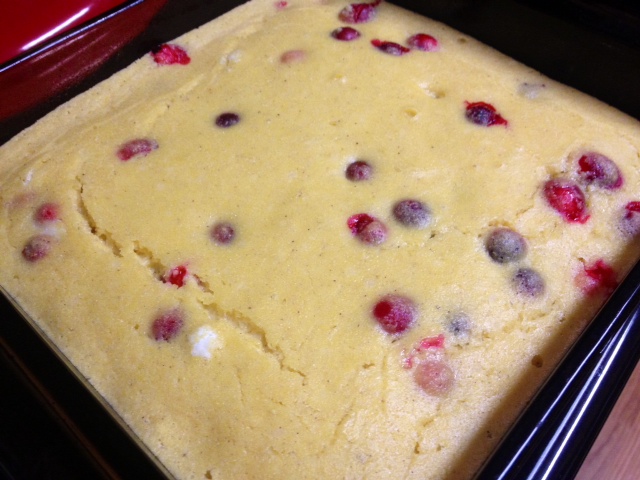 So while I was most excited initially about the cranberries in this recipe, it ended up being the overall texture of the cornbread and the hint of sweetness from the maple syrup that I ended up loving. The maple cranberry bread was super moist, and retained that texture for the next 2-3 days while I ate the leftovers. I’ll definitely be using this recipe again even without the cranberries. 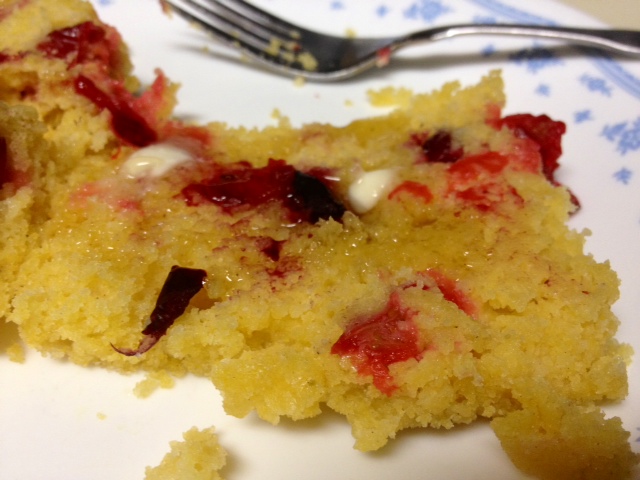 Now the cranberries themselves weren’t quite what I expected. I figured that the combination of the super tart cranberries and the maple syrup would kind of balance each other out taste-wise, but the cranberries were still quite tart. The solution to this, of course, is to drizzle honey all over the cornbread! The cranberries were really good, but I think I might like cherries or something like that even better.

Preheat the oven to 375 F. If you’re using a oven-safe skillet (like cast iron), check the directions at the bottom of the page for extra directions on melting the butter in the skillet. My cast iron needs re-seasoned and is giving me fits, so I just used a pyrex baking dish (sprayed liberally with non-stick cooking spray). 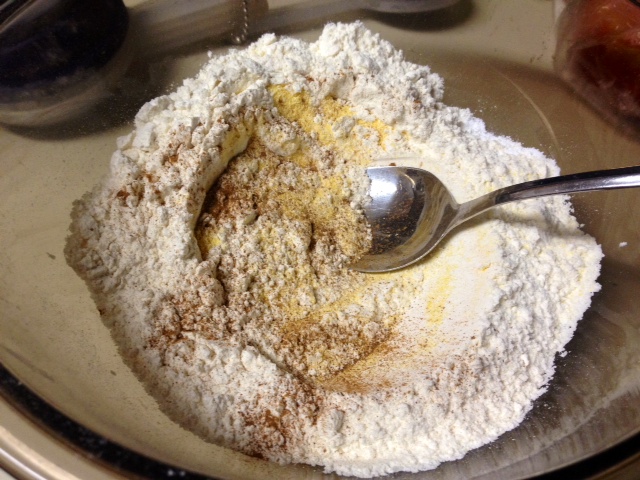 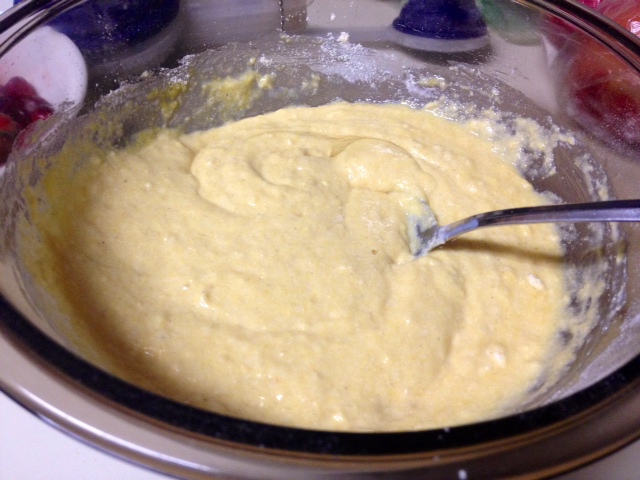 Add the eggs, buttermilk, and maple syrup, and stir until just combined. 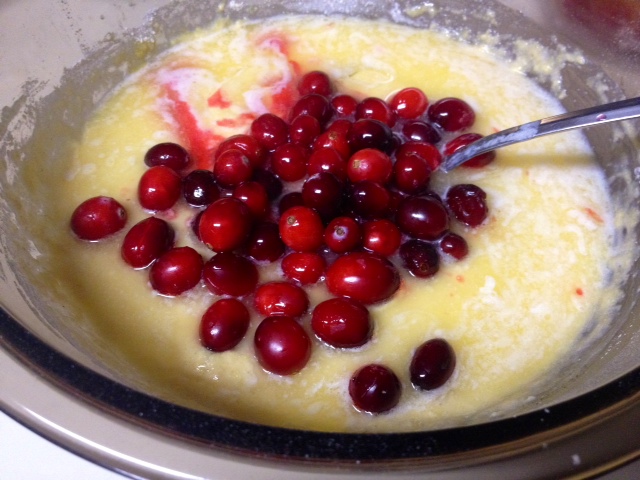 Finally, add the melted butter and cranberries. If your cranberries are frozen, microwave them for like 30 seconds to thaw them 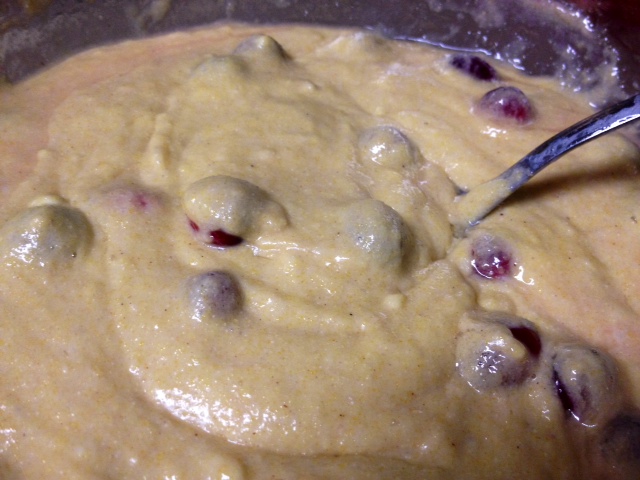 Again, give them just enough stirs to combine everything, but no more. 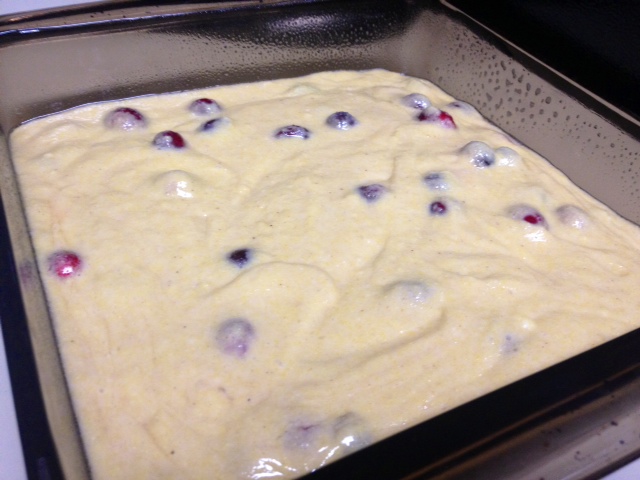 In your buttered skillet or sprayed glass pan, pour the batter in and bake for 25-35 minutes. 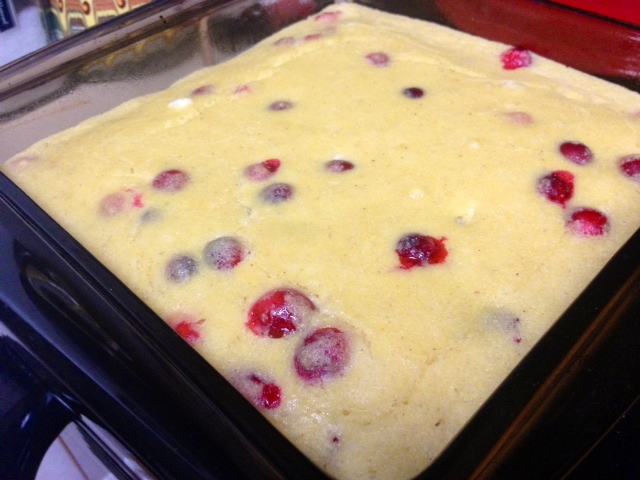 The top should form a crust and be golden and springy, but a toothpick or knife should come out clean. 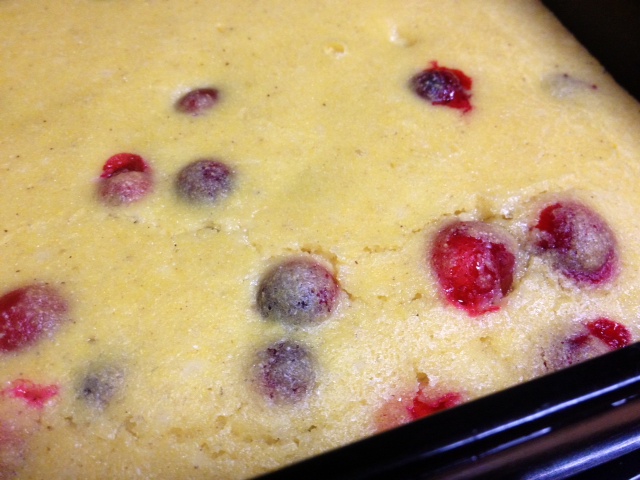 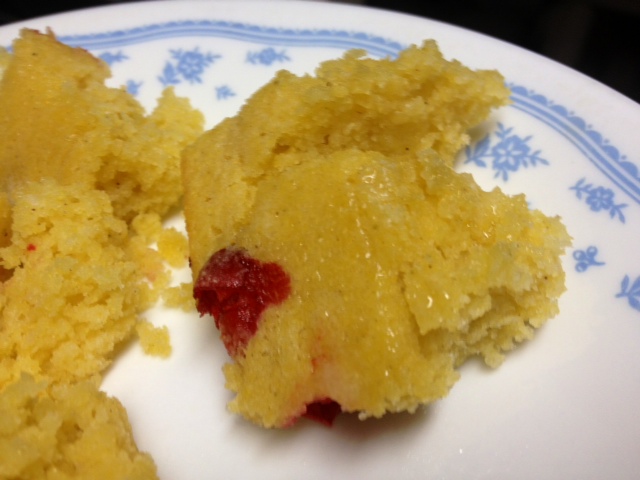 Serve piping hot with butter and honey, and cover any leftovers in the skillet or pan with tin foil.

I can’t wait to make this cornbread again, and try other add-ins. As I mentioned above, I would like to try cherries or something like that. But something savory like chives or scallions would be really good too. Do you guys have other suggestions? 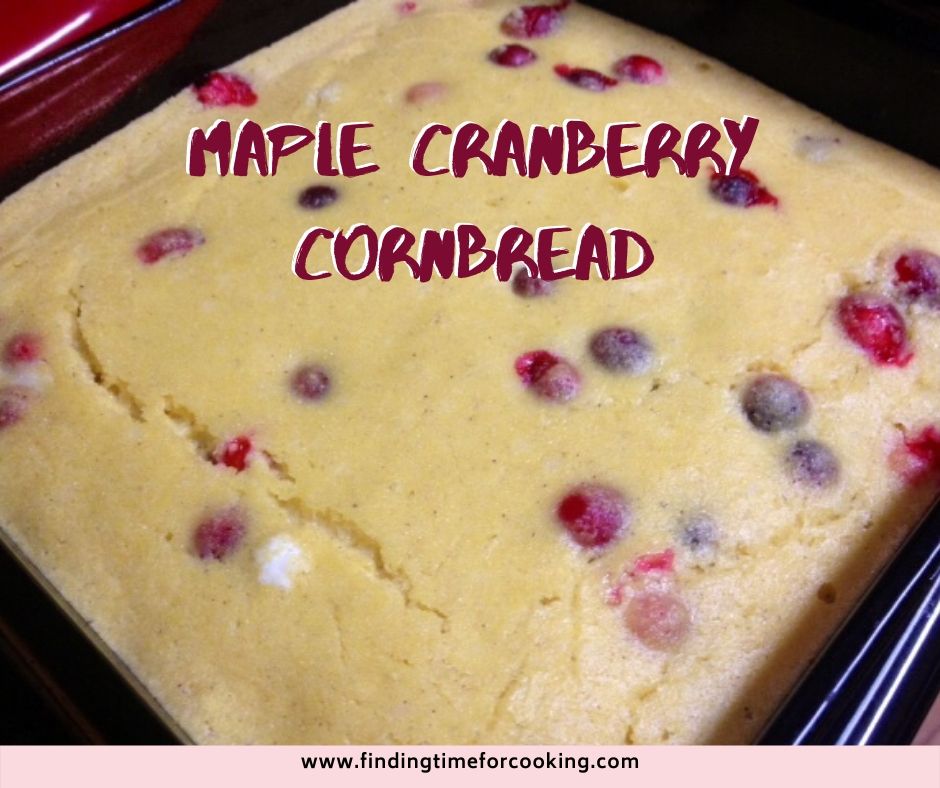