Risotto is one of my favorite authentic Italian dishes, and my absolute favorite to make myself when I have the time. You can’t rush risotto. It’s my “stress-relief” dish—pour a glass (or two) of wine, and stir and stir. The process of it is soothing.

One of the first recipes I pinned on Pinterest was for this cauliflower risotto with leeks. It’s a healthier version, since you get the additional vitamins, fiber, etc. from the cauliflower plus you use less rice, which is a simpler carb. 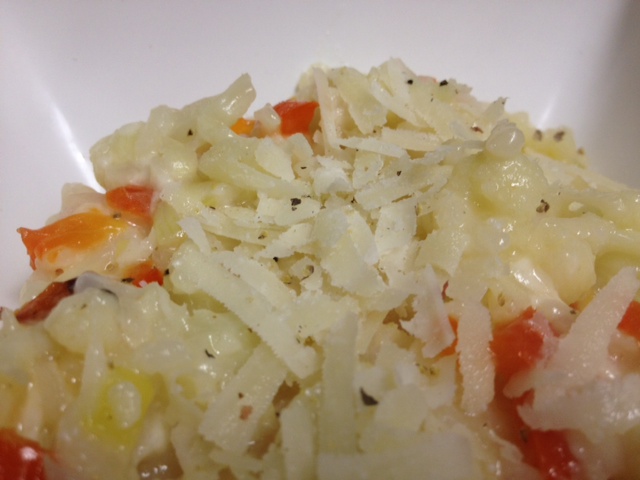 I’ll admit I was skeptical about the cauliflower. I’ve never made anything with cauliflower (I didn’t even know how to chop it!), and I was worried you’d lose the smooth awesomeness of risotto by adding the cauliflower in. I remained skeptical throughout the entire cooking process, but I was more than pleasantly surprised by the result. It was so delicious! 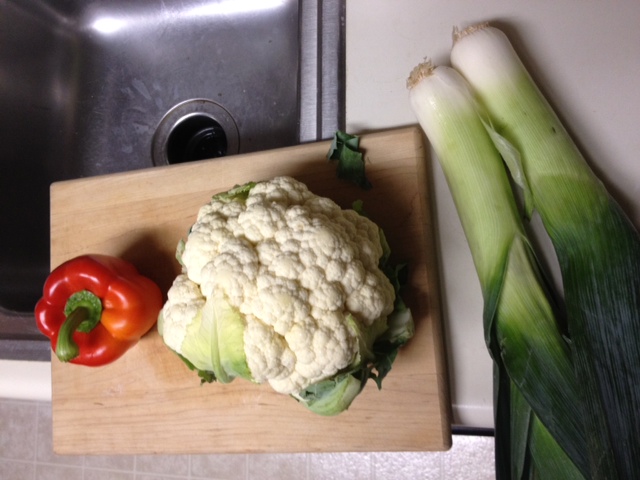 Look at all this healthiness you’re about to put inside you. 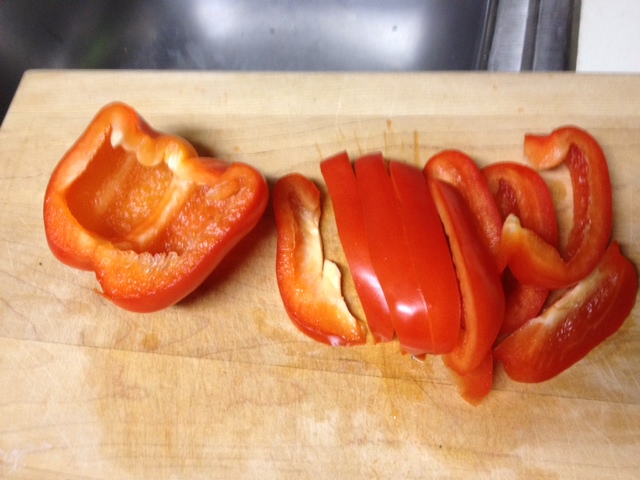 First, preheat the oven to 425 and slice up the red pepper. 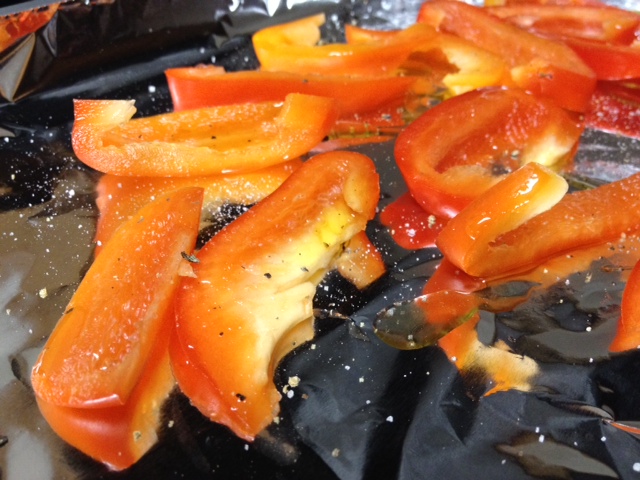 Toss with olive oil, sprinkle some salt and pepper on it, and roast for about 15-20 minutes. Remove from the oven when finished and set aside. 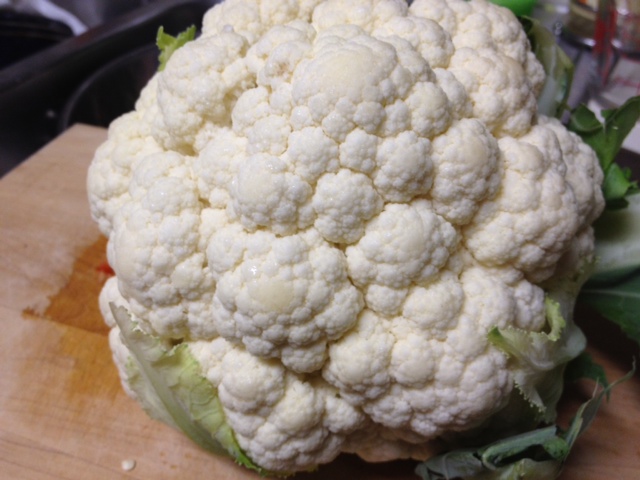 Now for this big gem. I couldn’t quite figure out how I was supposed to disassemble it. 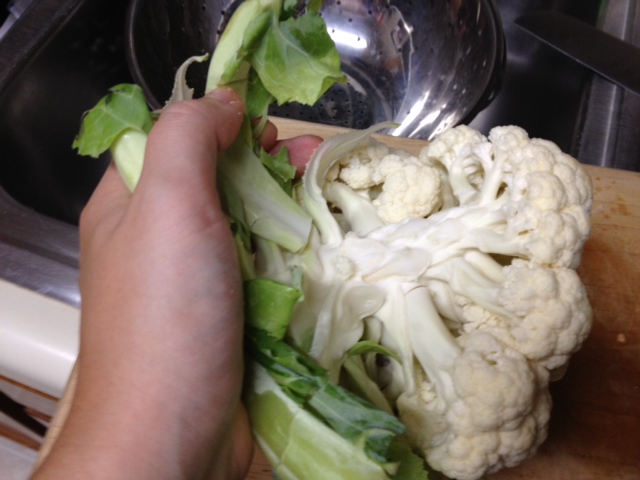 Then I realized that I could just pull the big florets off with my hands, instead of trying to chop them off or something. 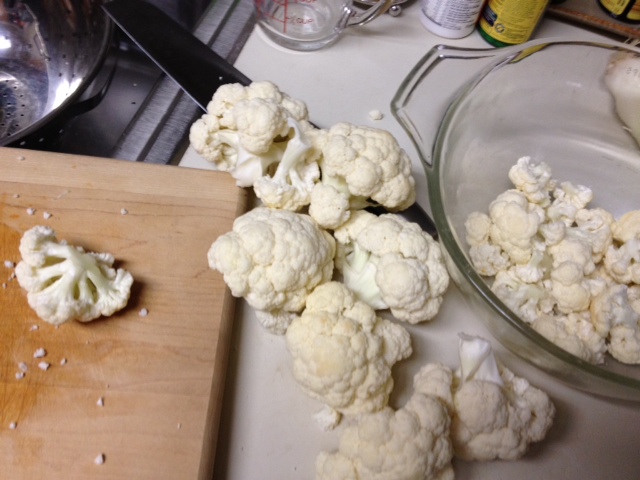 Once you pull the big ones off, get the big chunks of stem off and then pull or cut into about one-inch pieces. You don’t have to be exact, just have them be fairly uniform. 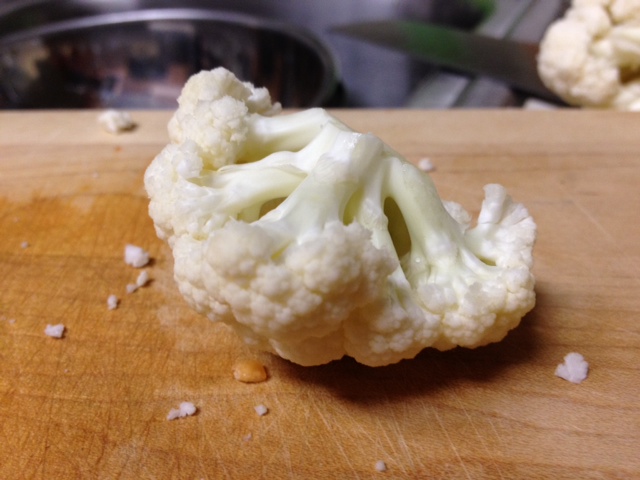 Excited about all those antioxidants, fiber, and vitamins about to go in my belly! 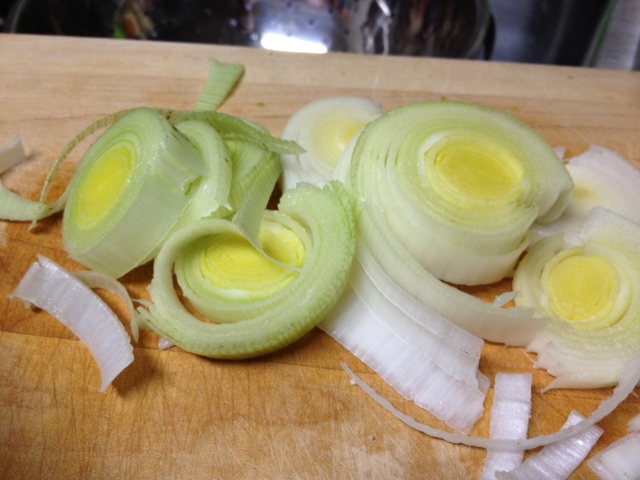 Slice up the leeks (the white and pale green part). Make sure to wash well to get the dirt off, and remove the bottom part (with the roots). 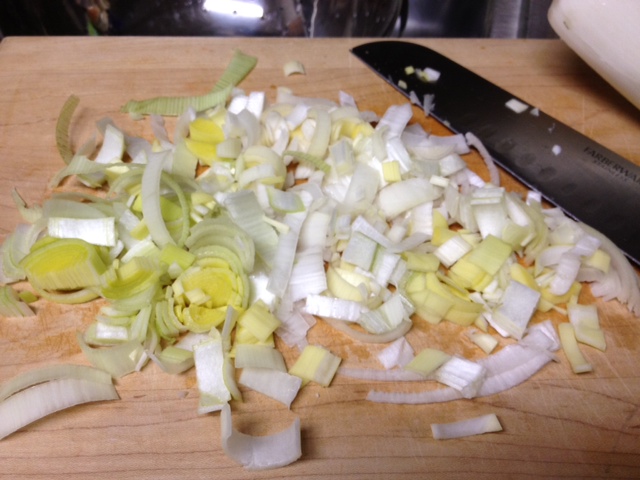 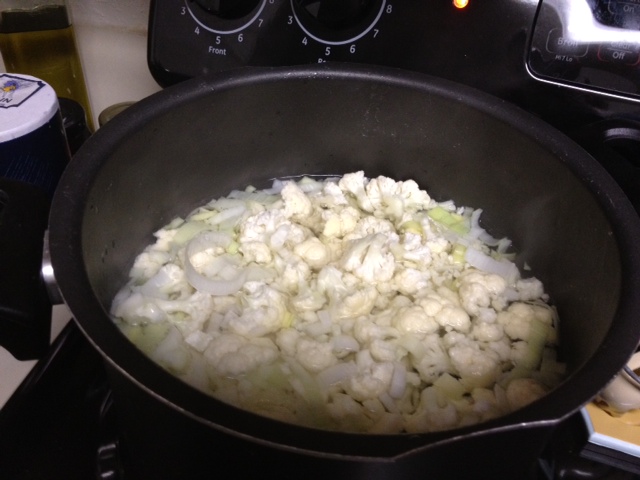 Throw the cauliflower and leeks in a pot of salted boiling water for one minute—you’re just blanching them. 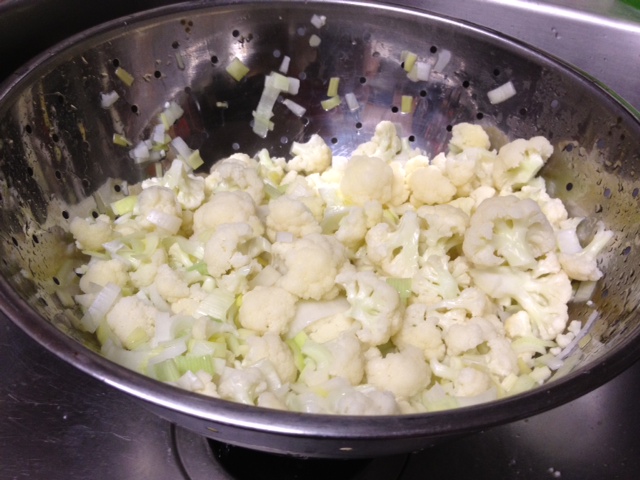 Drain and pour cold water over the cauliflower and leeks to stop them from cooking further. 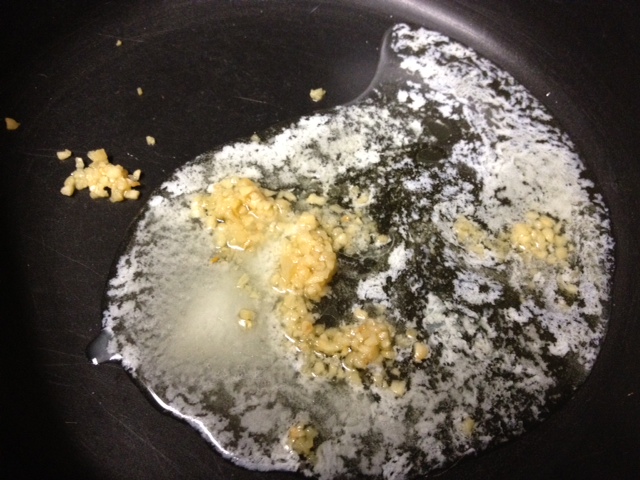 Heat 2 tablespoons of butter and some garlic in a big saucepan. 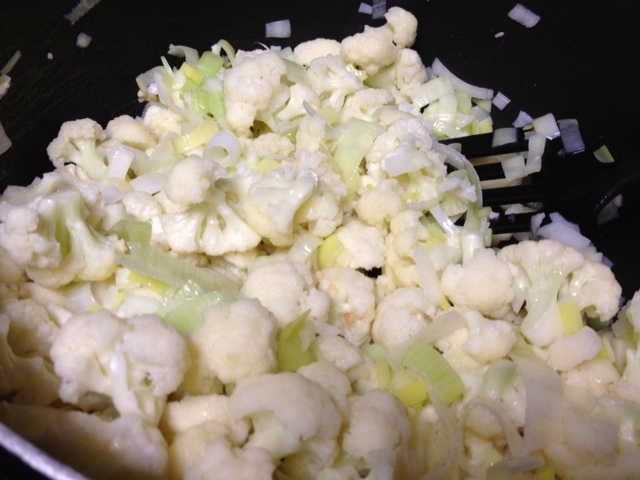 Throw in the cauliflower and leeks. Saute for about 2 minutes, stirring constantly. 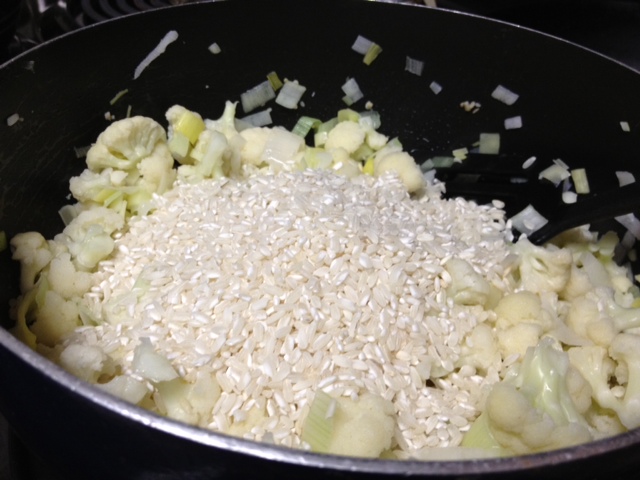 Add the arborio rice, and stir for one minute, getting the rice as coated with the butter as possible. 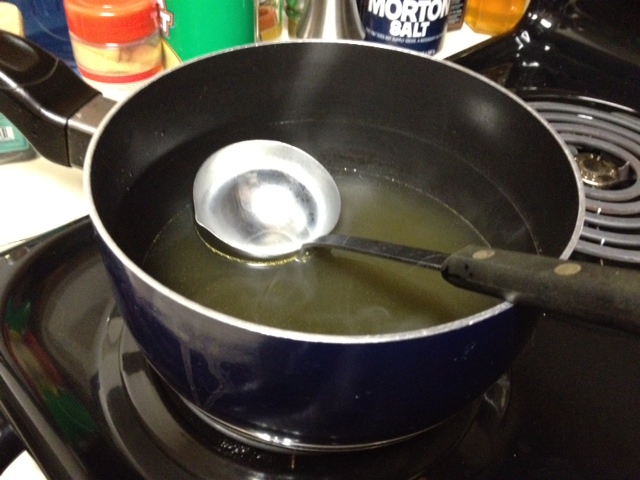 In a small saucepan heat the chicken stock to a light boil, then reduce heat so it’s only simmering. 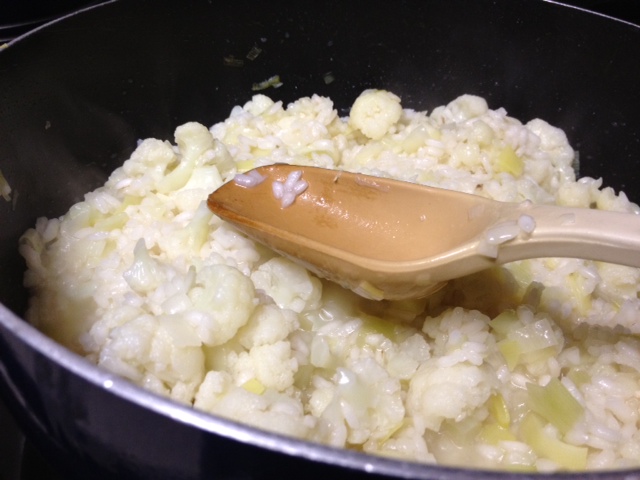 Begin adding the stock to the pot of rice a ladleful at a time. When you add one ladle, stir it into the cauliflower/rice mixture until the liquid has been fully absorbed before adding any more liquid. This will take a while. Drink some wine. 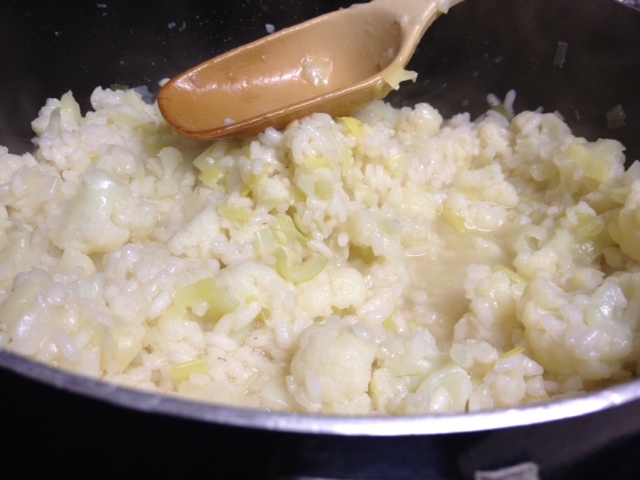 As more liquid is absorbed, it will start being creamier and you’ll be able to distinguish less and less between the cauliflower and rice. 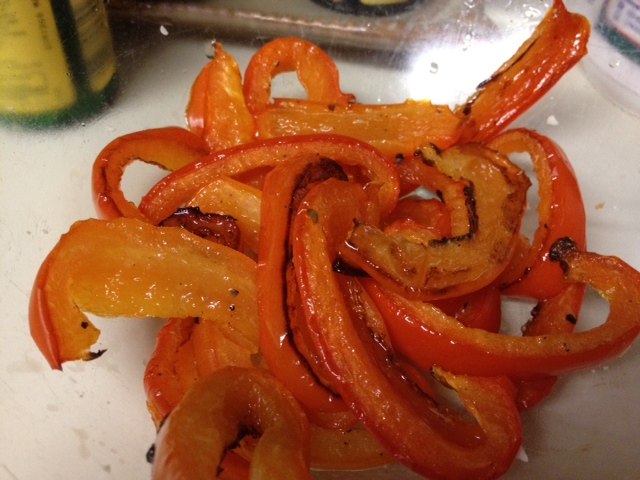 While the risotto is cooking and absorbing liquid, grab your roasted peppers. 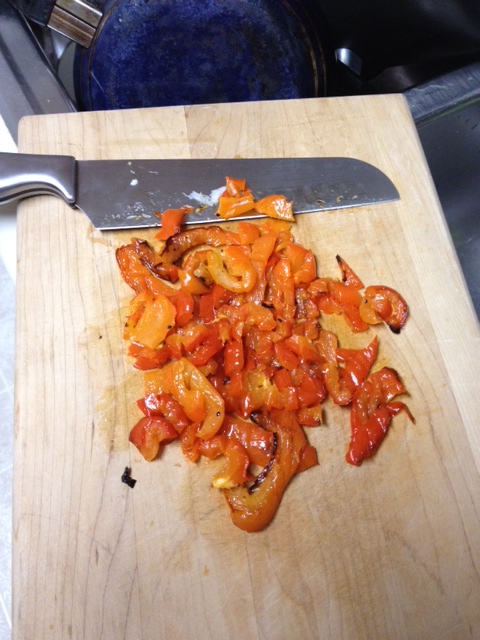 Chop them up into small pieces. 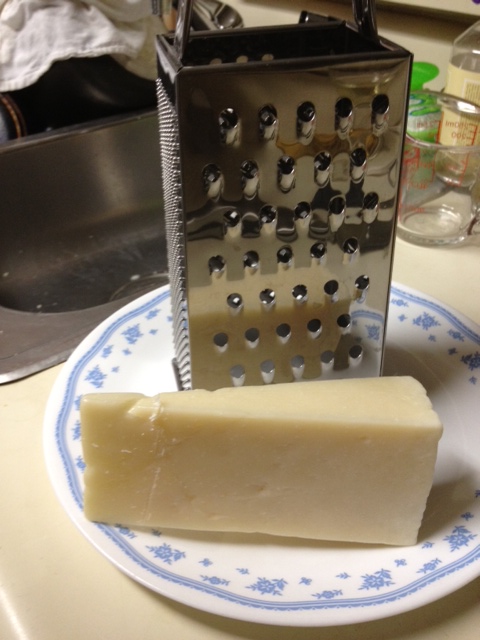 If you’re using freshly-grated cheese (which isn’t necessary but makes it more delicious), go ahead and grate it. The recipe called for parmesan, but it was really expensive so I got pecorino instead. And the pecorino added an awesome bite to the dish. 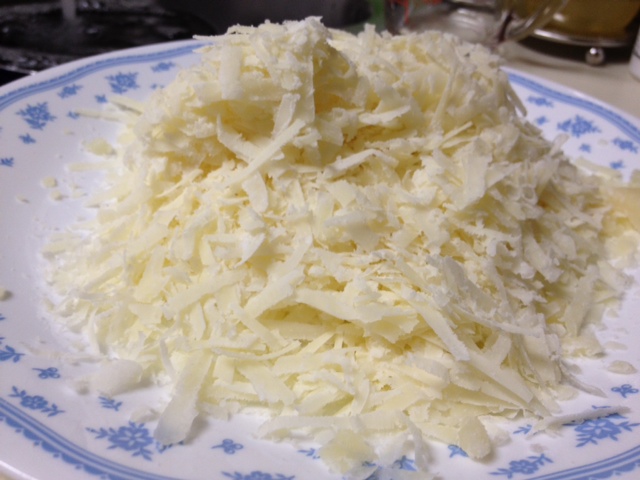 Grate it all up. I really hate grating things. 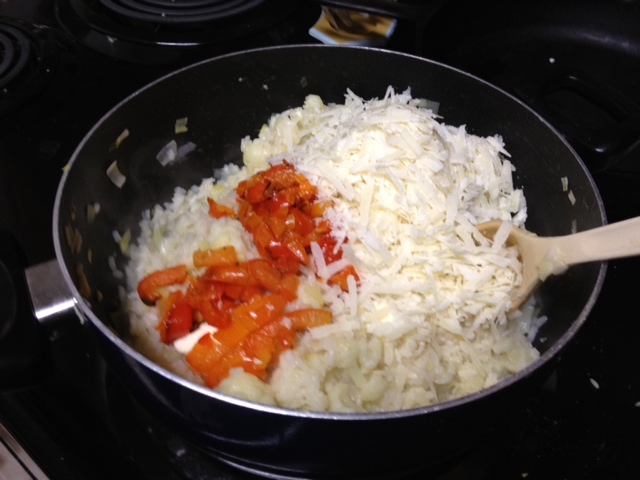 When all of the liquid has been absorbed, cook for another five minutes or so. Remove from the heat and add a tablespoon of butter, the peppers, and the cheese. I also added salt and white pepper. I’m a huge white pepper fan, has a great flavor. 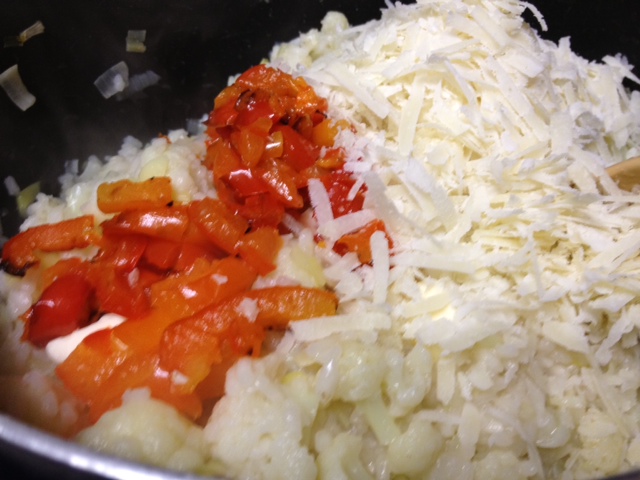 This is about to turn into awesome. 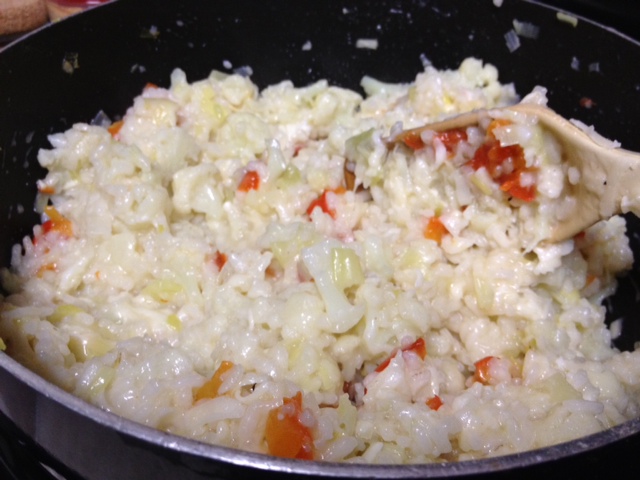 Stir everything together, until it’s creamy. It shouldn’t take much stirring, and don’t over-stir or you’ll end up with just mush. 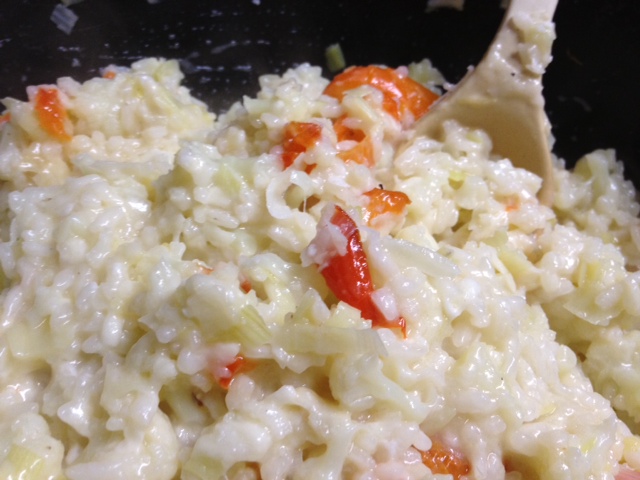 To look at it, you wouldn’t even know it had cauliflower in it—it looks just like regular risotto. 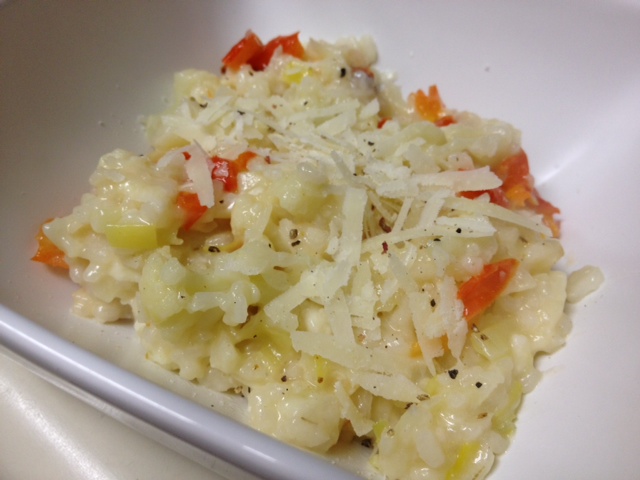 Best part? It was SO GOOD! And not just in my opinion, but I had a guy friend over and he gave it two thumbs up as well. It will be a great dish to add into my rotation.

Try these other (real) risotto dishes:

Serves 4-6; note, you also could use some cauliflower rice in here, it just wasn’t really a thing back then… 🙂

Wash chopped leeks in a colander to remove dirt. In a large pot of boiling salted water, blanch leek and cauliflower, 1 minute. Drain in a colander and rinse with cold water to stop cooking.

Bring stock to a boil in a small saucepan and keep stock at a simmer. Heat 2 tablespoons of butter and garlic in a large stockpot over medium-high heat until foam subsides. Sauté cauliflower and leek, stirring, 2 minutes. Add rice and cook, stirring, 1 minute. Reduce heat to medium-low and add 1 cup of simmering stock. Cook at a strong simmer, stirring, until absorbed, about 2 minutes. Continue adding stock, 1/2 c at a time, stirring frequently and letting each addition be absorbed before adding the next, until rice is tender and creamy, 20 to 25 minutes.

Remove from heat and stir in remaining 1 tablespoon of butter, cheese and roasted red pepper. Season to taste with salt and pepper and top with herbs if desired. 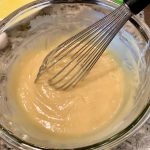