As someone who loves all things gluten-ful (I did grow up on a wheat farm, after all), the whole idea of gluten-free makes me sad.

But the reality of gluten-free *baking* makes me even sadder. And it’s a reality for lots of people. I never really thought about it much until recently, when I had a friend who had realized he had a pretty decent level of gluten-intolerance and so he and his wife have gone gluten-free.

This guy used to devour all my cookies, load up on waffles, and eat my leftover pasta, so this is a majorly big deal. So I’ve tried to start playing around with alternative, gluten-free dessert recipes…and have discovered that it’s really hard! 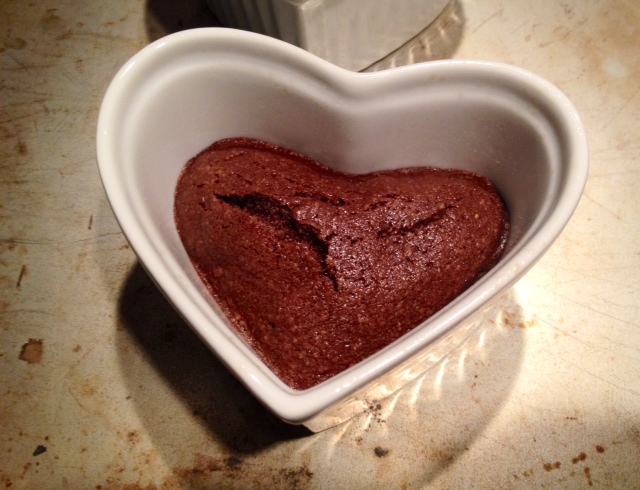 See, the thing about most gluten-free recipes that I’ve found is that—in addition to their strange and interesting flour alternatives—they often call for some weird ingredients to use as a binding agent, since that’s normally where the gluten comes in.

But as much as I love cooking with real ingredients and whole foods, I just shrink back from recipes that include things like xantham gum that don’t sound like they’re that natural. So, other than puddings and custards, the pickings are slim.

Then I found this gem of a recipe… 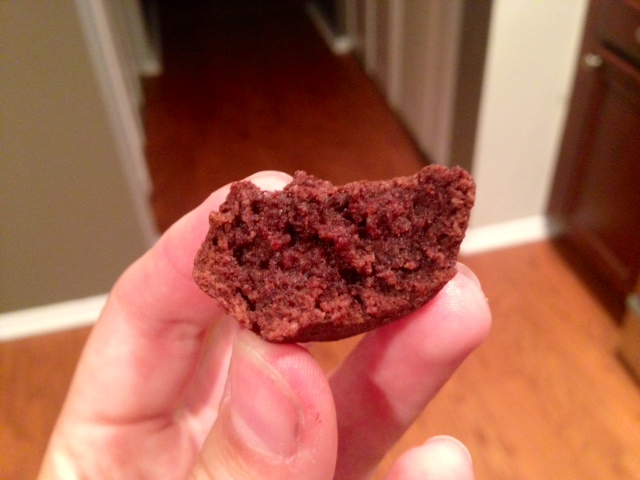 I’ve since found some gluten-free faves…see them here!

I wasn’t even looking for a gluten-free recipe when I found it. I was (as I tend to do) going down a rabbit hole on Smitten Kitchen’s site and hopping from link to link. I was browsing the red wine chocolate cake when I found these.

They’re called chocolate financiers (pronounced all fancy and French like “fee-nahn-see-ay”), and they’re made with almond flour. I don’t know the full history, but they probably weren’t even meant to be gluten-free initially—just delicious. In fact, the traditional ones aren’t even chocolate as far as I know. 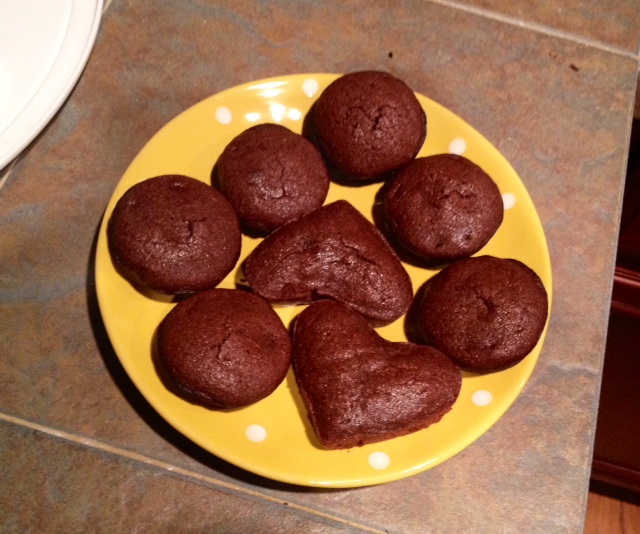 I whipped these suckers up in five minutes flat, and so they were done in about 15-20 minutes from start to finish. The almond flour gives them an interesting consistency, somewhere between a brownie and a cookie. Kind of fudgy. All delicious.

And the Dutch dark cocoa powder adds a super special flavor, as does the hint of almond extract in there. If you don’t have almond flour, you can get it at Trader Joe’s, probably in the health section of your grocery store, and most certainly online (Amazon Prime is your friend!). You will wow people with these, and they are a super speedy crowd pleaser to have in your dessert arsenal!

Preheat the oven to 400°F. Lightly grease the financier molds or mini-muffin tins; you could also use ramekins and adjust the cooking time some. Mine were non-stick so I didn’t even need to grease them.

Melt the butter in a small saucepan and set it aside until it reaches room temperature. You’re not browning it, so just barely melt it and then remove from heat.

In a medium bowl, stir together the almond flour, cocoa powder, salt, and powdered sugar. 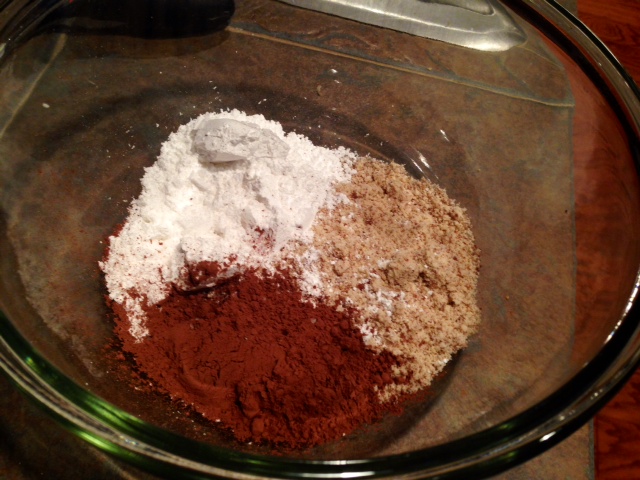 Stir the egg whites and almond extract into the dry ingredients. It’ll be super thick at this point, which is normal.

Then stir in the melted butter until it’s totally incorporated and the mixture is smooth. 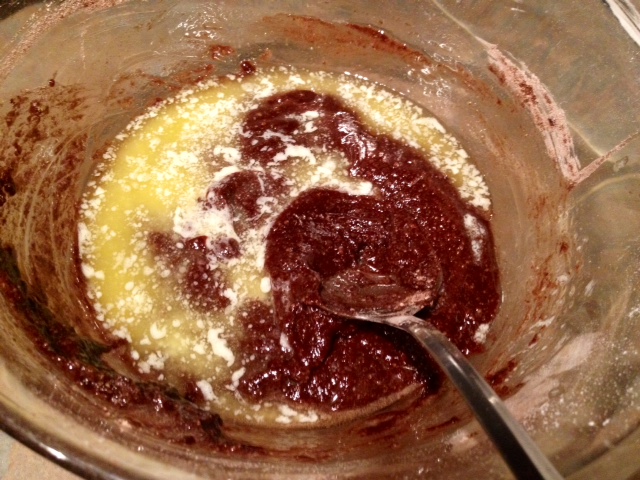 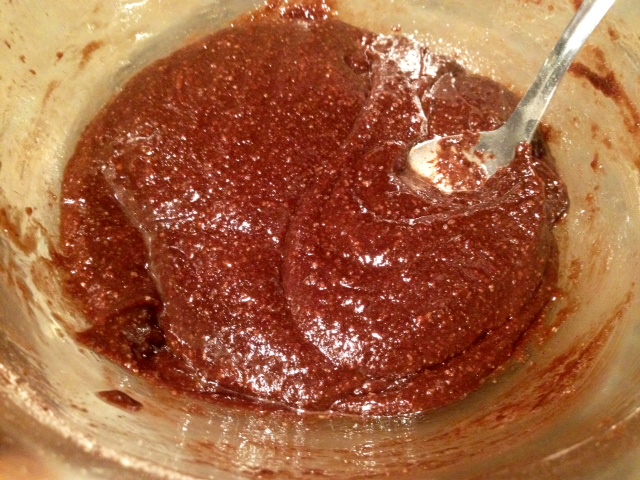 Spoon the batter into the molds or ramekins, about three-quarters full. 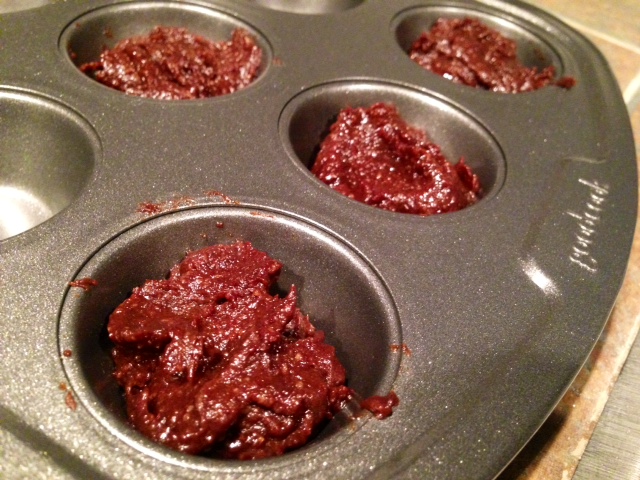 Bake the chocolate financiers for 10 to 15 minutes, until the cookies are slightly puffed and springy to the touch. Exactly how long will depend on what size of baking dish you’re using—mini muffin tins will need 10 minutes AT MOST, while the heart-shaped ramekins were closer to 15 minutes. 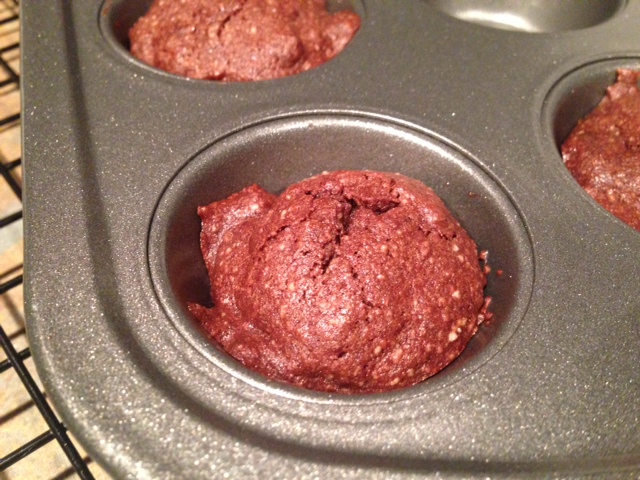 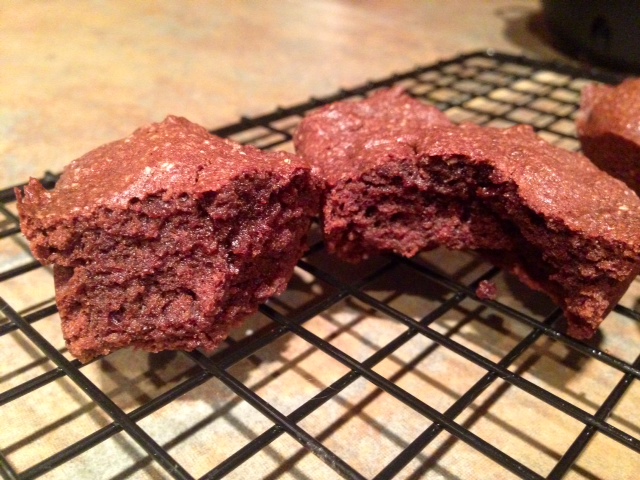 My first batch of chocolate financiers was a little prettier, but this batch was pretty dang tasty! Once they’ve cooled, they can be kept in an airtight container on the counter for up to one week—but let’s face it, they’ll never last that long!

Preheat the oven to 400°F. Lightly grease the financier molds or mini-muffin tins; you could also use ramekins and adjust the cooking time some.

Melt the butter in a small saucepan and set it aside until it reaches room temperature. In a medium bowl, mix the almond flour with the cocoa powder, salt, and powdered sugar. Stir the egg whites and almond extract into the almond mixture (it’ll be super thick), then gradually stir in the melted butter until incorporated and the mixture is smooth. Spoon the batter into the molds, filling them three-quarters full.

Bake the financiers for 10 to 15 minutes, until the cookies are slightly puffed and springy to the touch. Watch them carefully, because if you use mini muffin tins then 10 minutes will be plenty. Remove them from the oven and let cool completely before removing them from the molds.

Once cooled, they can be kept in an airtight container at room temperature for up to one week. 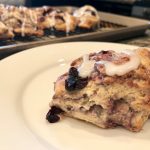 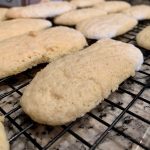