For some strange reason I’ve been obsessed with the idea of chocolate souffles lately. Not sure why, they’ve always been too rich for me. I think it’s just the IDEA, as a culinary challenge at least. But the thought of using that many egg whites and having all these egg yolks left over has kind of put me off.

But last night I thought about trying it and was browsing the various souffle recipes I’d pinned, when I ran across this easy pots de creme recipe from The Pioneer Woman. It seemed perfect—only a couple ingredients (which I had on-hand), no complicated egg white whipping, and no wasting of egg yolks. It seemed like a great first step toward souffles. And it only took five minutes to make! 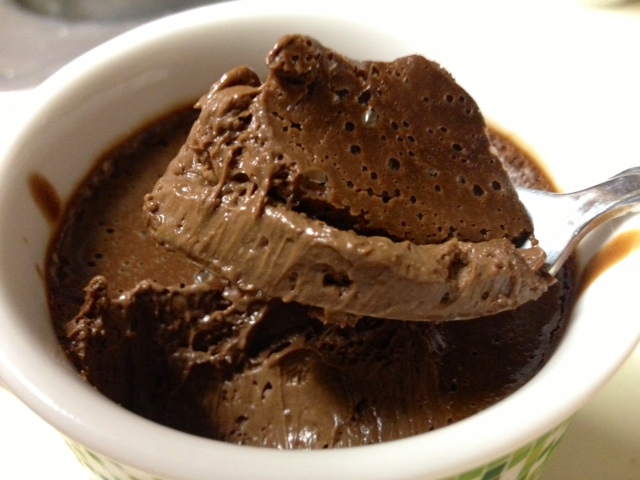 I cut her recipe in half, thinking that would be a good serving size. It made a mug-full, and as soon as I started eating it I realized that it was so rich that it was really four servings at a minimum! 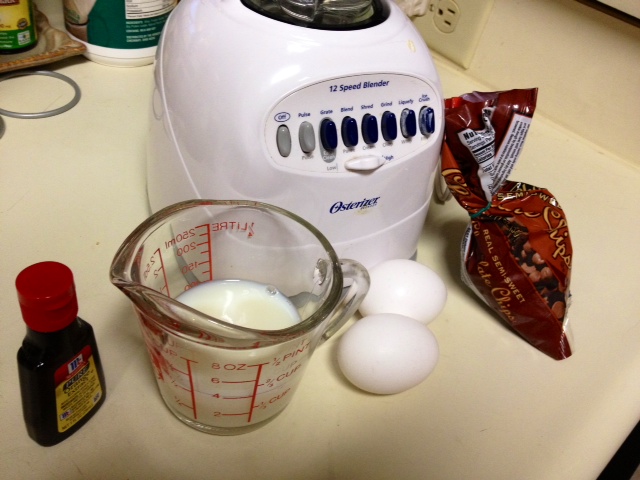 This is all it takes—the recipe calls for hot coffee instead of the milk, but I didn’t want that much caffeine so close to bedtime. 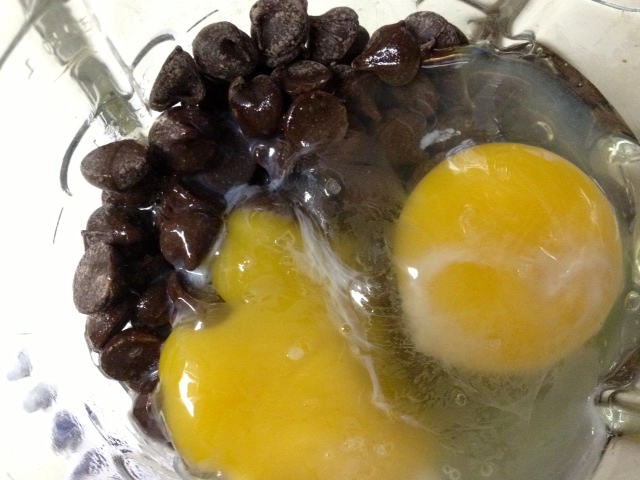 For about 4-6 servings, pour a half bag of semi-sweet chocolate chips into a blender and add two eggs. 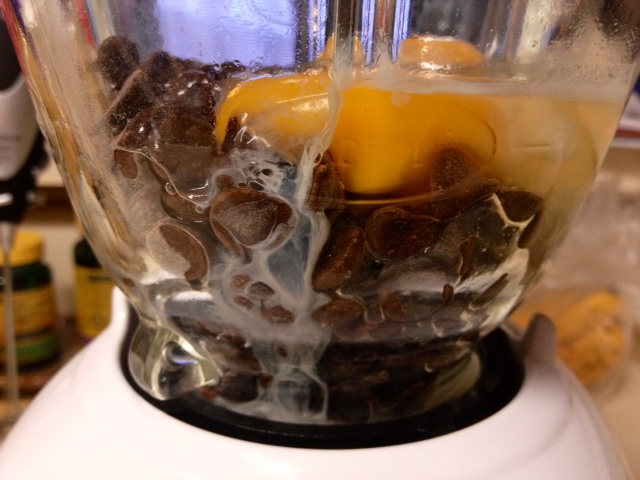 Add a tiny bit of orange extract (or another flavor if you want, or even plain vanilla). Throw in a tiny pinch of salt too. 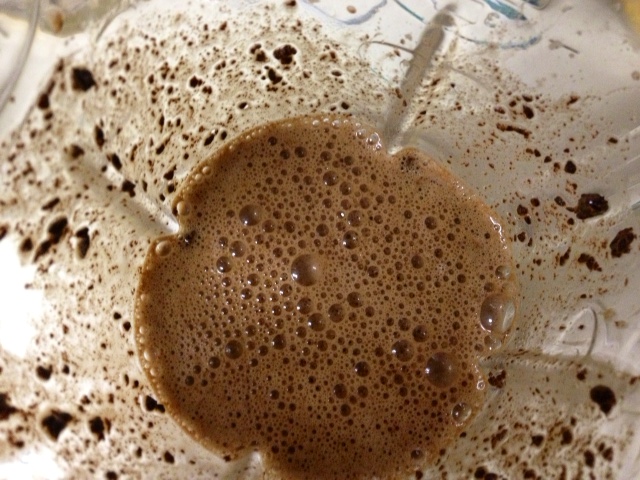 Pulse until it’s partially combined. My blender’s not that excellent, so I blended on low for a minute or so. 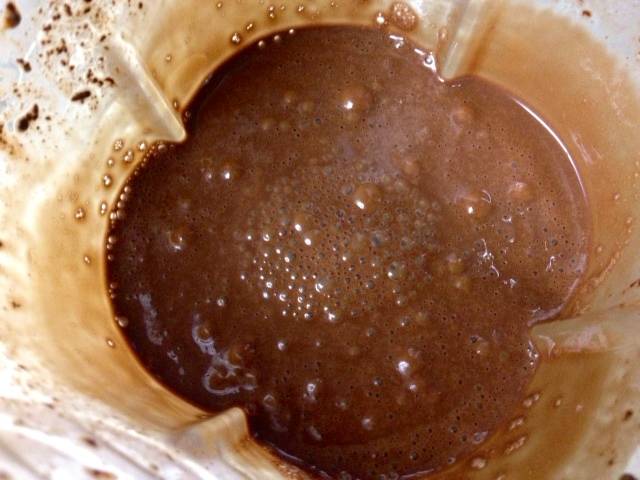 I forgot to take a picture of the next part. If you’re using milk instead of coffee, heat it up until very hot. I microwaved the half-cup of milk carefully to keep from scalding it (30 seconds, 25 seconds, 20 seconds). If you’re using hot, fresh coffee, you’re golden.

Take the hot liquid and slowly drizzle it through the hole in the top of the blender lid while the blender is on. The hot liquid with the constant motion and friction of the blending does something magical and creates an awesome creaminess with the eggs. You end up with a thick chocolate-y sauce (as pictured above). 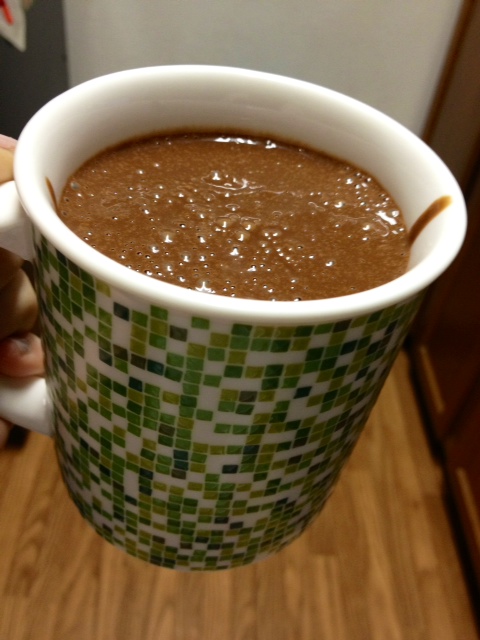 Pour into several small containers (tiny mason jars, ramekins, glass tumblers). I don’t recommend putting it all in one mug as I did because this is NOT a serving. I think I ate a quarter of that last night before it became too much for me! 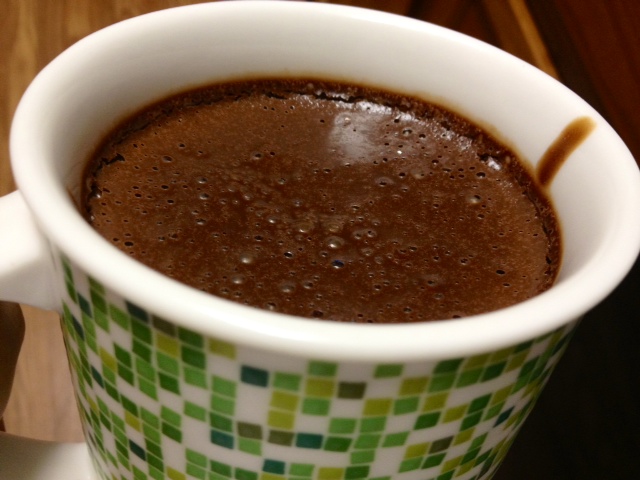 Chill for at least two hours, then serve as desired. Most people would love homemade whipped cream and some garnish. I’m a weirdo and don’t really like whipped cream all that much. 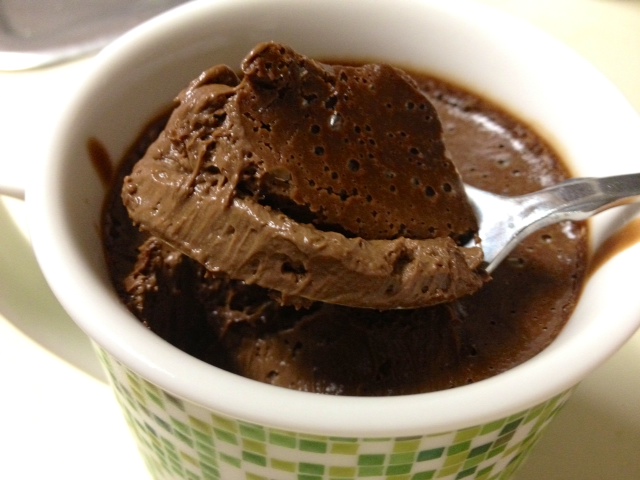 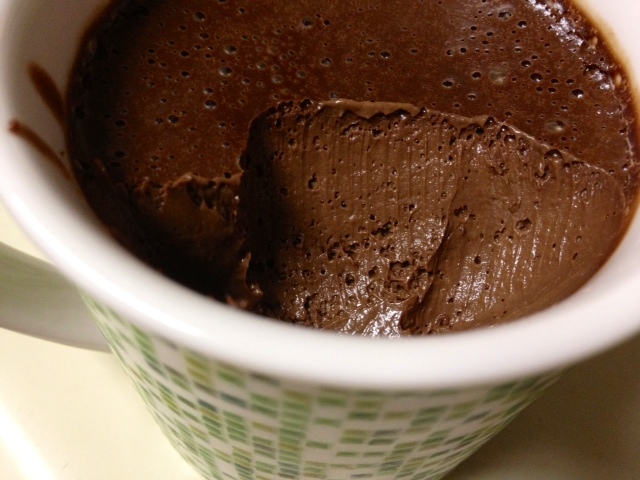 Isn’t that gorgeous?! Cold, rich, creamy, decadent chocolate, and it only took five minutes. I’d love to try it again with dark chocolate chips as well, so see if this would make it slightly less rich-tasting. This would make an awesome dessert to throw together and impress company, since you could make it well ahead and then focus on the rest of the meal.

Other rich (but not too sweet) chocolate treats:

Note, this is a halved version of The Pioneer Woman’s (linked below), makes 4-6 servings

Place the chocolate chips into a blender. Crack in the eggs, then add the orange extract and salt. Blend for a few seconds (took a minute or so for me), or until combined.

With the blender still on, pour the hot coffee or milk slowly through the hole in the blender lid until it’s all added. Blend another few seconds, or until smooth.

Pour the mixture into small cups or jars, then refrigerate for at least 2 hours, until set. Top with sweetened homemade whipped cream, then garnish with sliced orange peel or any other garnish desired.

Original recipe from The Pioneer Woman 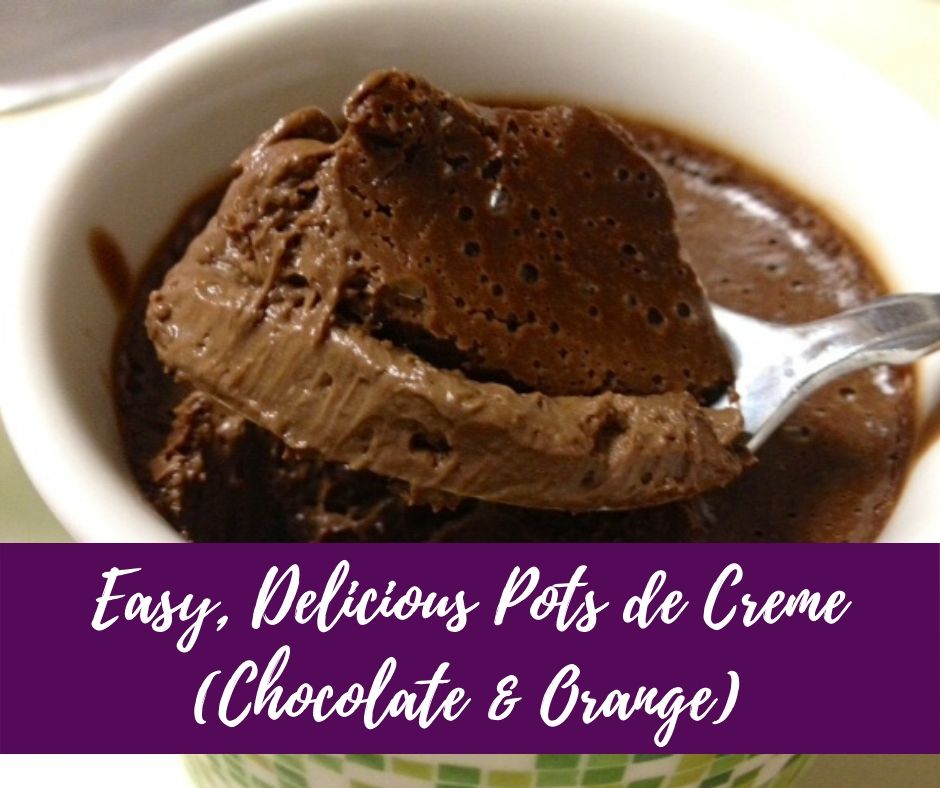 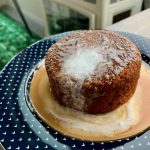 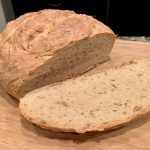