I’ve been on a weird plum kick, and this plum pound cake is a symptom. It’s not a fruit I grew up eating, and if you asked me to name my top five or ten fruits, not sure plums would make the list.

But recently they’ve been calling to me, with their weird thick, bitter skin and their totally unpredictable insides. Sometimes it’s mealy and bland, but sometimes you get rewarded with sweet, juicy, awesomeness. 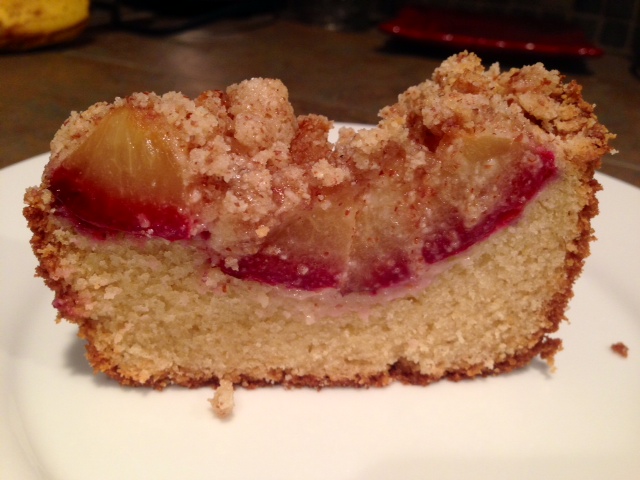 This plum pound cake bears a resemblance to both the plum torte and the pear torte adaptation I’ve made over the past few months, but this is more of a pound cake—denser, not quite as sweet, and with a crumbly almond topping instead of the light cinnamon sugar of the others. 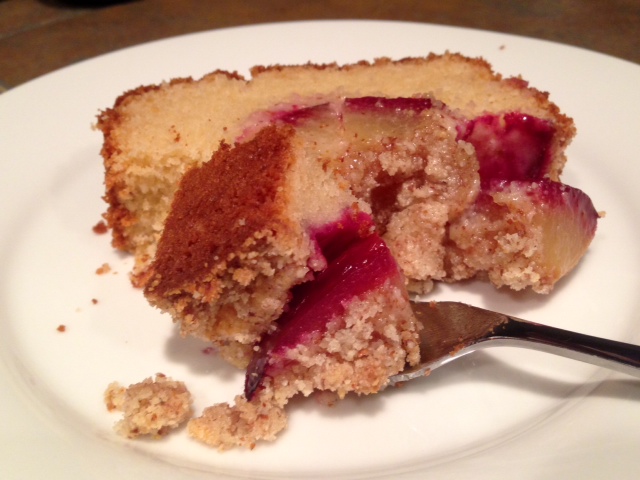 The original recipe is in metric amounts and in Polish. Since I don’t speak Polish (and Google Translator apparently doesn’t very well either), I took some liberties with amounts and ingredients.

And pretty much everything else. So, there’s that. Despite my completely winging it, the end result was pretty doggone good. 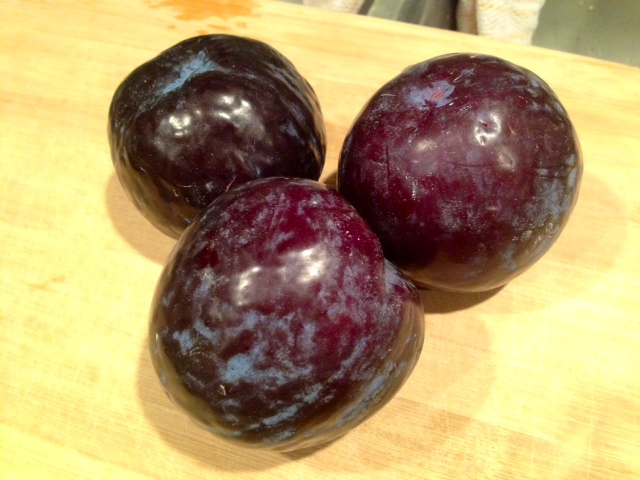 Preheat the oven to 350 F. You’ll want to use a stand mixer for this if possible.

Beat the butter and sugar together for a minute or two, then beat in the egg and vanilla, scraping down the sides of the bowl as you go. Finally, add the cream cheese or honey-flavored goat cheese until the mixture is light and fluffy, for about a minute.

Finally, add in the dry ingredients a little at a time, mixing until combined. The batter will be really thick, that’s normal (or so my made-up recipe tells me). 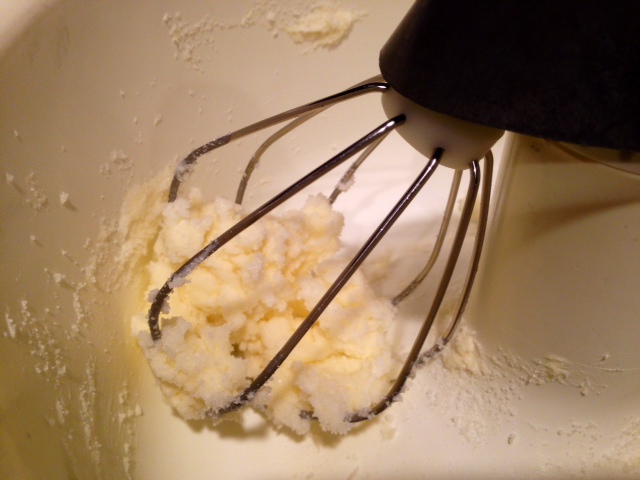 Spray or coat a bread pan, or something of similar size, and evenly spread the batter out in the pan.

Slice the plums into little wedges and place them, peel-side down, in the batter. The slices should be close together, and then press them down to where they’re nestled in the batter. 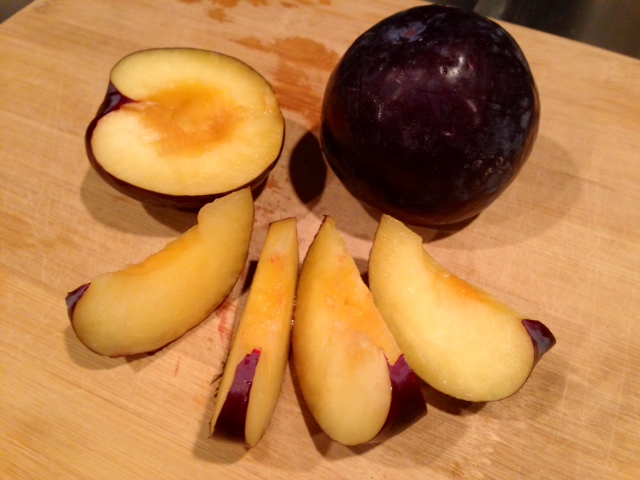 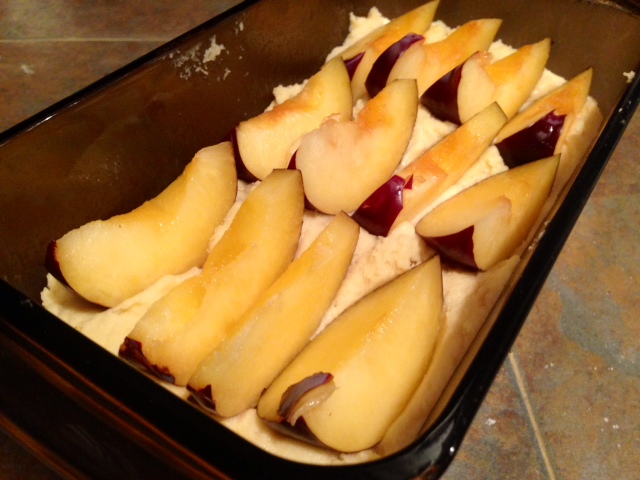 Mix together the topping ingredients, using a fork or pastry blender, or even your hands. Sprinkle evenly over the plums. 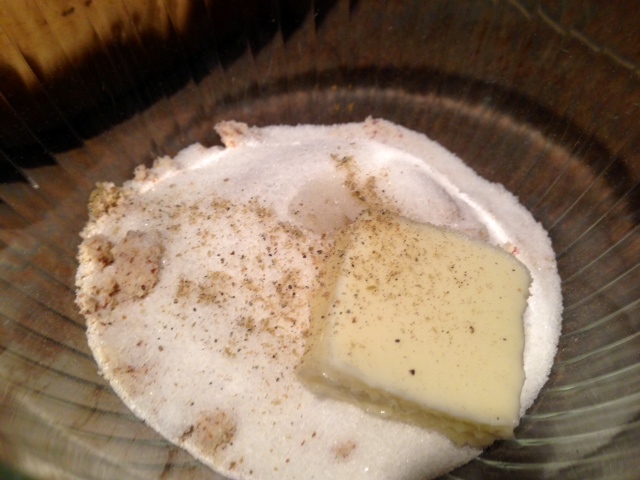 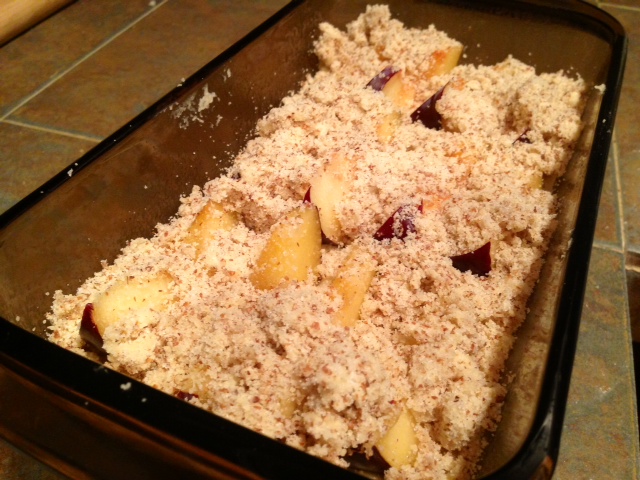 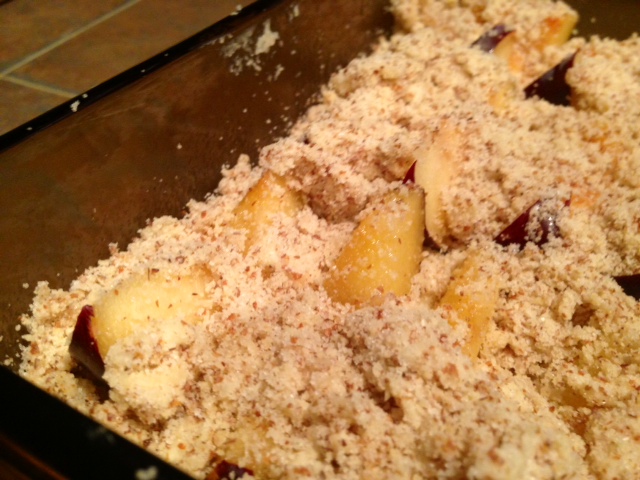 Bake for about 45 minutes, until a toothpick comes out clean. 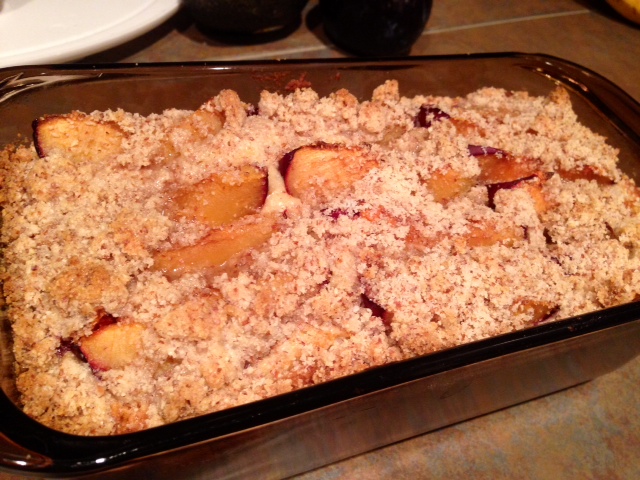 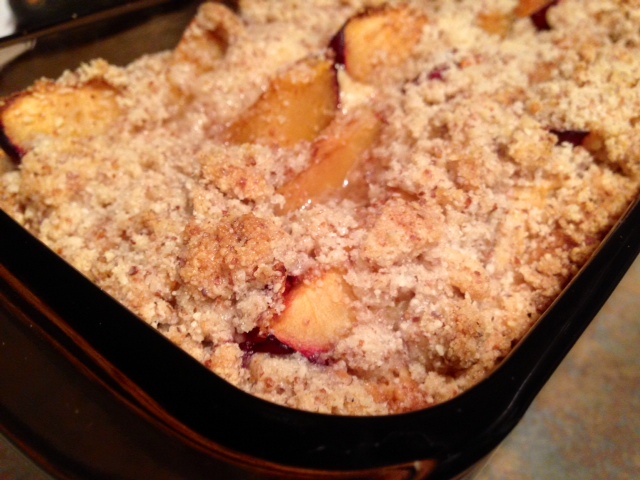 Let cool for at least an hour before cutting into it. Cut into slices and serve warm or cold. Keeps for a day or two. 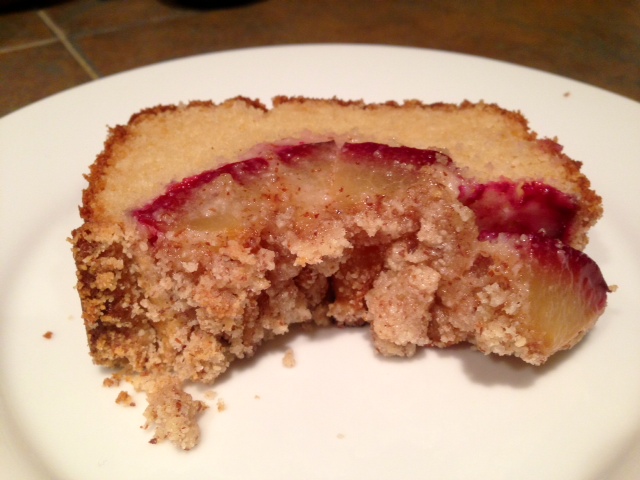 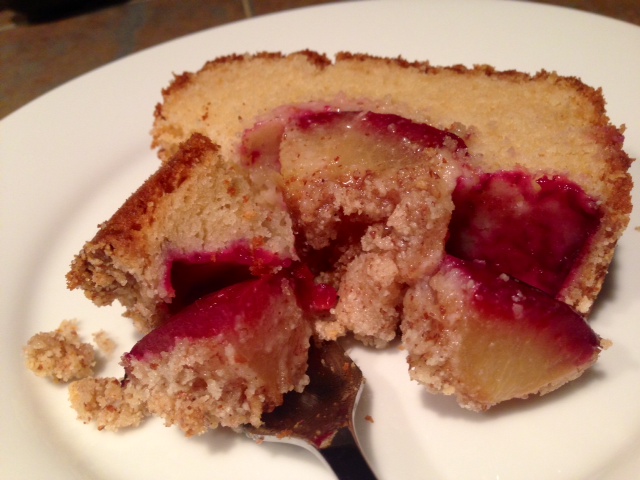 This is the perfect spring or fall snack cake, when there’s a hint of chill in the air and you just need something sweet and cozy with a cup of coffee.

Preheat the oven to 350 F. In a stand mixer, beat together the butter and sugar for a minute or two, then add the egg and vanilla and continue beating. Scrape down the sides of the bowl as you go. Finally, beat in the cream cheese or honey-flavored goat cheese until light and fluffy, about a minute. Finally, add in the dry ingredients a little at a time, and mix until combined and it forms a thick batter.

Grease a bread pan (or something of similar size) and spread the batter in the pan, smoothing out evenly. Slice up the plums and place them peel-side down in the batter. The slices should be close together and you should press them down to where they’re nestled nicely in the batter. Using a fork, pastry blender, or just your hands, mix together the topping ingredients, and sprinkle over the plums.

Bake for 45 minutes, until a toothpick comes out clean. Let cool for at least an hour before cutting into it. 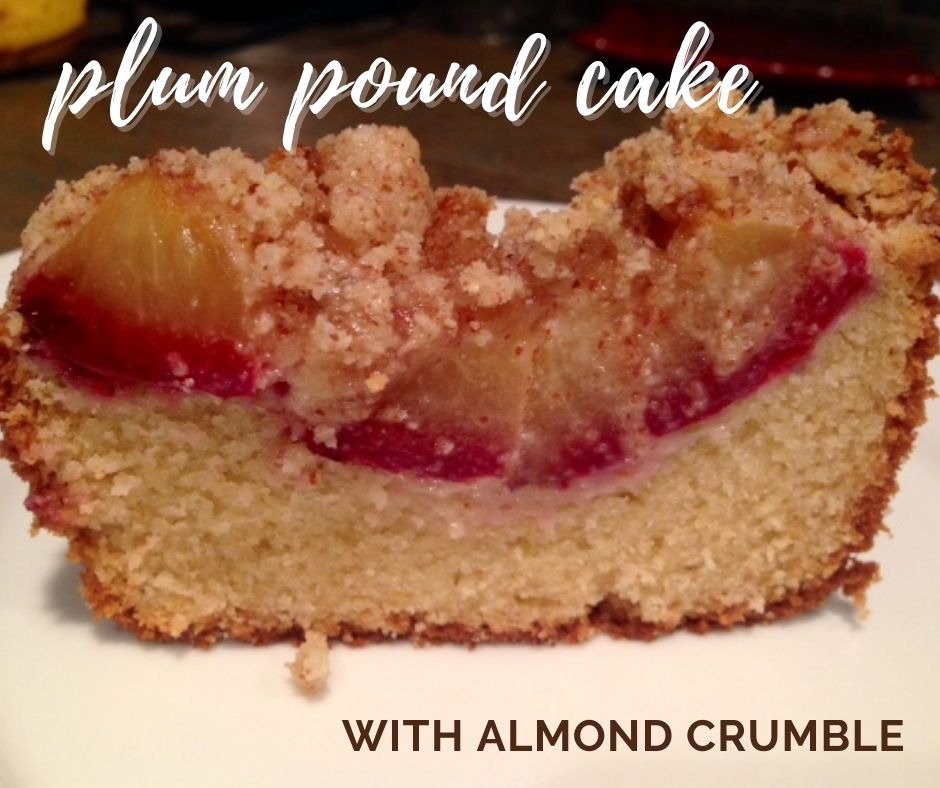 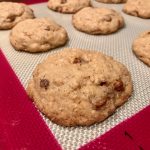 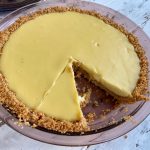 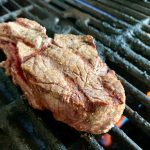