Lesson #1: When they say butter & flour the pan, they mean business OR the art of reconstructing a cake

You know how you have an image of yourself in your head that’s completely unrealistic?  It’s like how in my head I am a magical maker of awesomely-decorated baked things (like sassy Laurel McBane or Laurie from Cougartown), when in reality I have the artistic talent of a two-year-old.  I love baking, but tend to be scared of recipes that demand more than add, stir, pour in a pan/sheet, and bake.  But I’m kind of fascinated by layer cakes and have been wanting to try out my new layer cake pans for awhile.
.
And I love lemons.  This is only something I’ve recently noticed, as approximately 75% of the recipes I’ve pinned on Pinterest to-date involve lemons.  Also, I think it keeps things from become TOO sweet, which I appreciate.  So lemon poppyseed layer cake it is.  I found this recipe on Pinterest, via the Apron Afternoons blog. 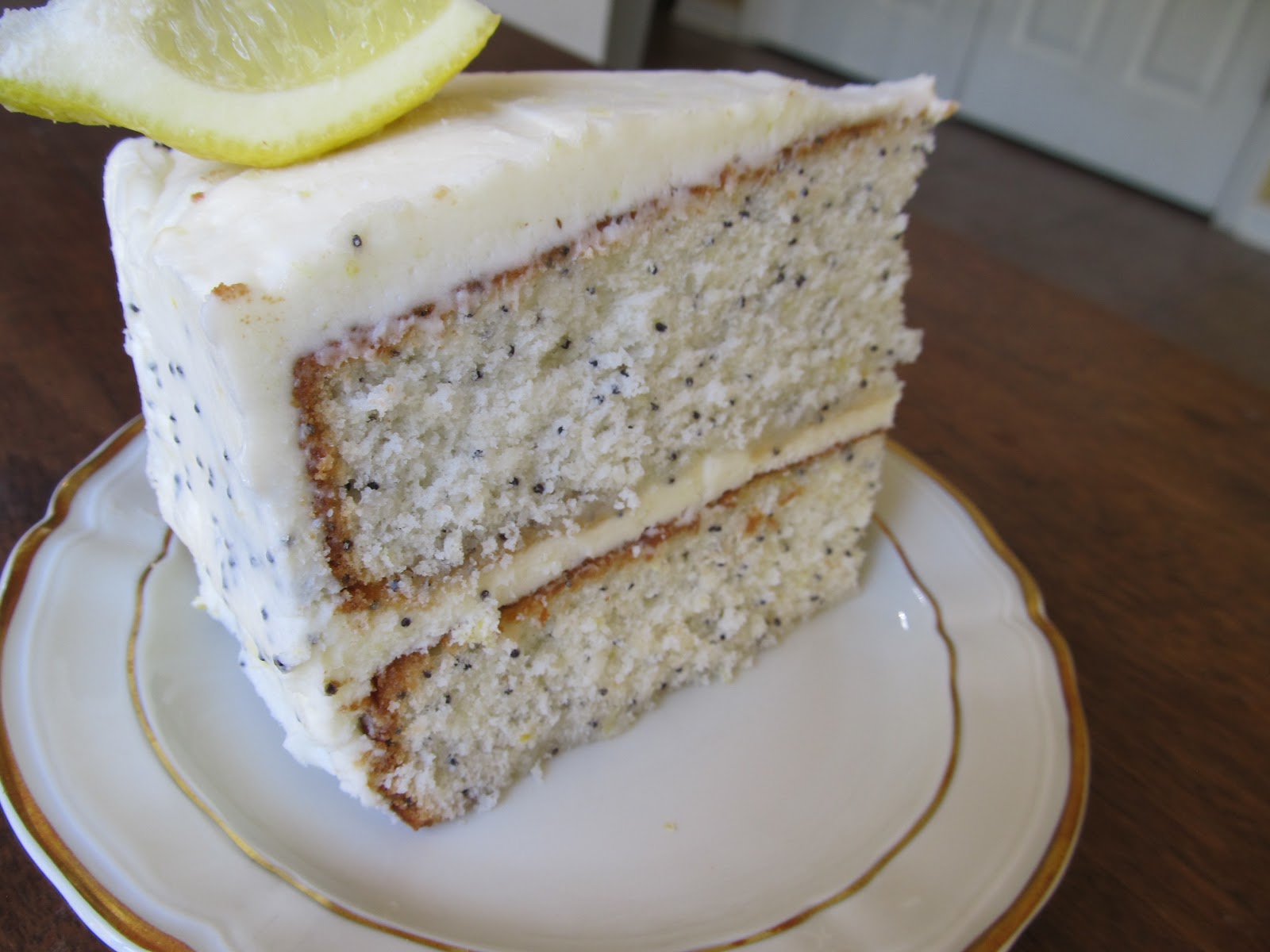 This is how it’s *supposed* to look (not my pic)

A word about cake flour.  I pretty much had no idea what it was, and also it’s quite expensive (as flour goes), so I did some Googling and made my own.  Basically you just substitute 2 T. of cornstarch for 2 T. of flour per cup of flour.

So if the recipe calls for 3 cups of flour, you remove 6 T. of the flour and add 6 T. of cornstarch.  Then sift the daylights out of it–seriously, I sifted it like four times.  And don’t tamp it down when you’re done.  Not only does the sifting mix it properly, but it aerates it as well so it remains light and fluffy.

Preheat the oven to 350°F. *SERIOUSLY* butter and flour two 8 in. round cake pans. Like tons of butter and tons of flour, cover that baby up. I did a half-assed job and my cakes stuck like crazy so I had to pull the pieces out by hand and mush them together. And no one likes a Frankenstein cake… 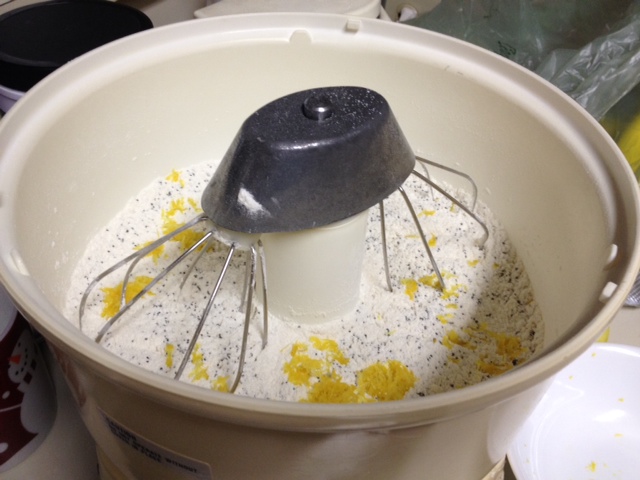 Add the butter, lemon zest and 1 cup of the buttermilk to the flour mixture. Beat on low – be careful, the flour may fly everywhere – until completely mixed. Raise the speed to medium and beat for 1-2 minutes.

In a medium bowl, combine the egg whites with the remaining ¼ cup buttermilk; whisk to blend thoroughly. 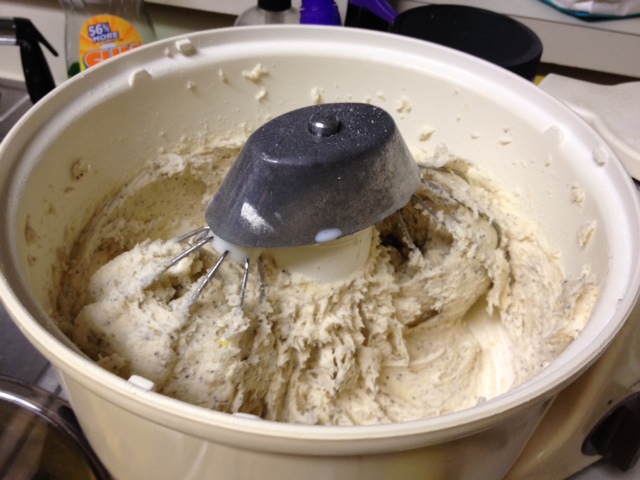 Gradually add to the batter, scraping down the sides of the bowl and beating only enough to incorporate.

Divide the batter among the prepared pans and bake for 25-30 minutes or until a toothpick inserted in the center comes out clean. Let the cakes cool in the pans for 10 minutes. 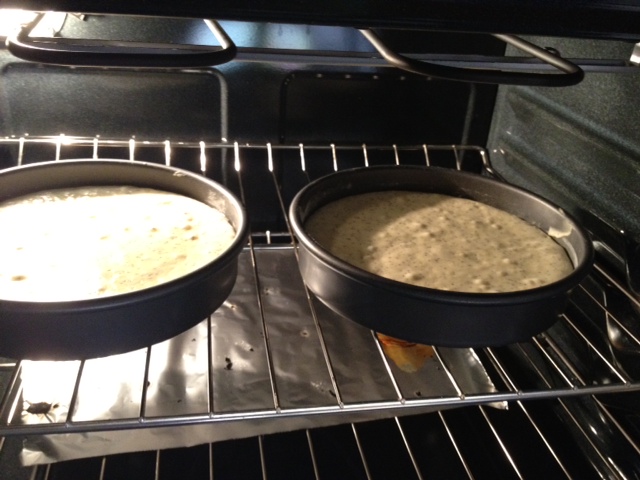 While the cakes are cooling, make the lemon syrup. In a saucepan, combine the sugar, lemon juice and water. Bring to the boil and continue to boil, reducing down until it appears thick and reduced in volume.  This takes longer than you think it should–be patient.

Turn out the cake layers onto wire racks and brush the hot lemon syrup over the warm cakes to moisten evenly. Let cool completely.

In the large bowl of an electric mixer, beat the cream cheese and butter on medium speed until light and fluffy. Add zest and lemon extract and mix until combined. 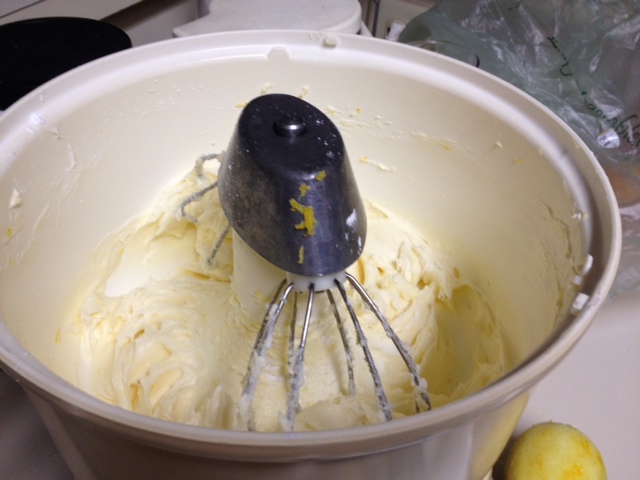 Gradually add the sugar, 1 cup at a time, beating well after each addition and scraping down the sides of the bowl. 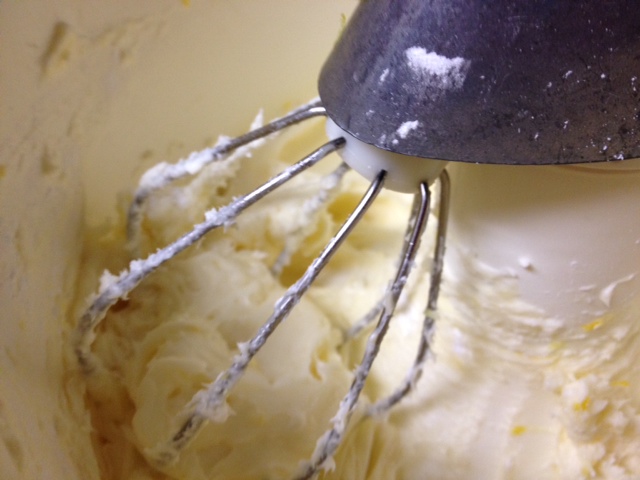 So much better than most icing I’ve had, I could just eat this stuff by the spoonful

Assemble your cake and eat em’ up.

So I won’t be winning any cake beauty contests.  I’m not sure why it’s so much shorter than the Apron Afternoon’s picture.  Definitely need to look into that and see how to fix.  But man, was it delicious!

Between me, 5 construction workers, and assorted co-workers, it was gone in 24 hours.  A taller cake would have been better aesthetically.  And I have leftover lemon frosting, so thinking about trying orange cupcakes with the lemon frosting…

Pros:  Delicious, and not too rich. Fluffy & light.  That lemon frosting is a gem.

Cons:  Definitely difficult to execute in my postage-stamp kitchen (particularly since there are very few places my cats can’t get).  Finding room for various mixing bowls, electric mixer, cooling racks, etc. was hard.  Also it didn’t quite turn out as pretty as hoped. 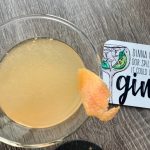 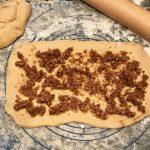