I think it’s safe to say that I LOVE avocado. I stockpile avocado recipes. I add them to recipes that don’t even call for them. Mostly I just eat them straight out of their shells with salt and pepper (I mean, it’s a food that already comes in a bowl!).

But I had never thought of using them to make dessert. 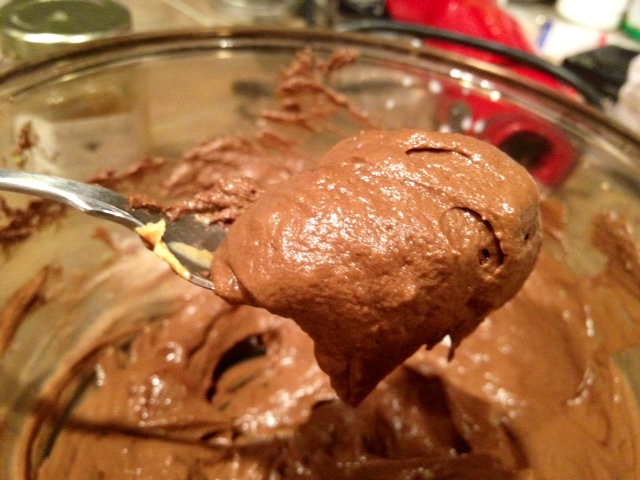 Never, that is, until sammysamgurl at Mouthwatering Motivation commented on my chicken & avocado enchiladas post and asked if I’d ever tried chocolate avocado pudding.

It sounded weird and awesome, and I knew I had to give it a try. Even better? It’s gluten-free, paleo, low carb, and full of protein, fiber, and good fat. It basically should have its dessert card revoked. Except it’s also totally unique and delicious. 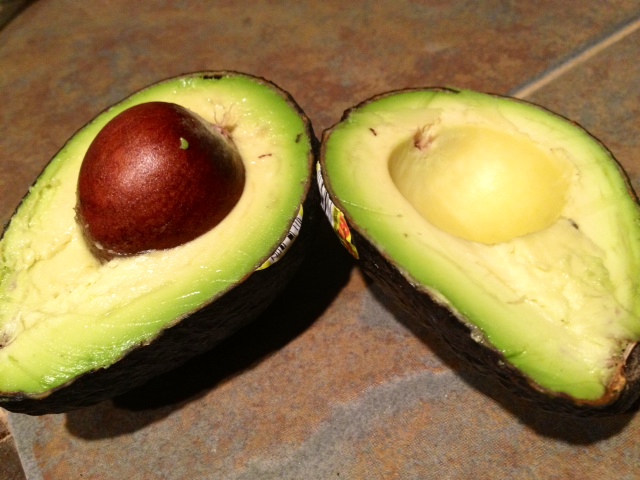 This recipe takes like five minutes to put together, and then I chill it until I’m ready to eat. Start with a ripe avocado (recipe calls for 1/2 avocado, but I like more pudding than that). Remove the pit and use a knife to slice a grid into each half (don’t puncture the shell). This makes it easier to get out, but more importantly easier to smash once it’s out.

If you’re making this in a bowl, smash the avocado up like you would for guacamole. However, I used a mini food processor which was much easier and produced a much creamier end result. 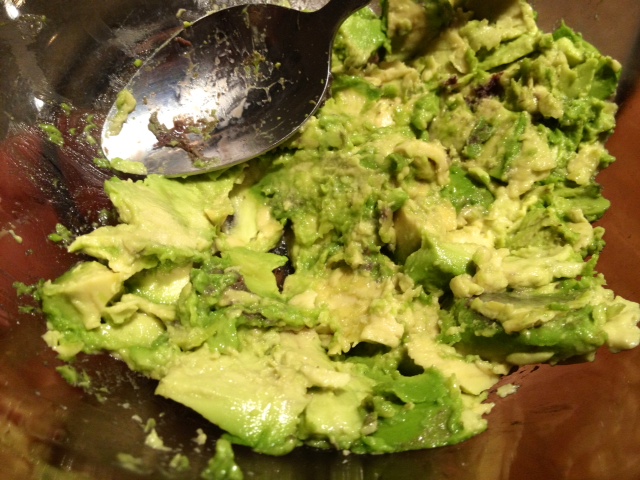 How sweet you make this will be up to you. I err on the side of less sweet, going for more of a dark chocolate flavor. You can use other liquid sweeteners like Stevia or agave, but I just used honey. 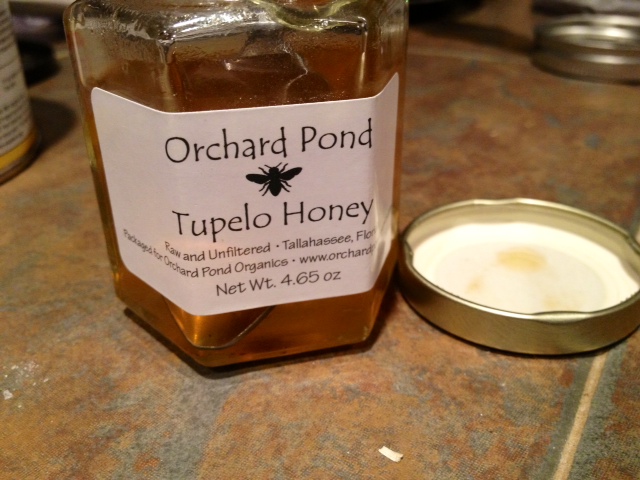 Add the cocoa powder, peanut butter, and some of the honey. It’s better to err on the side of caution and then add more. 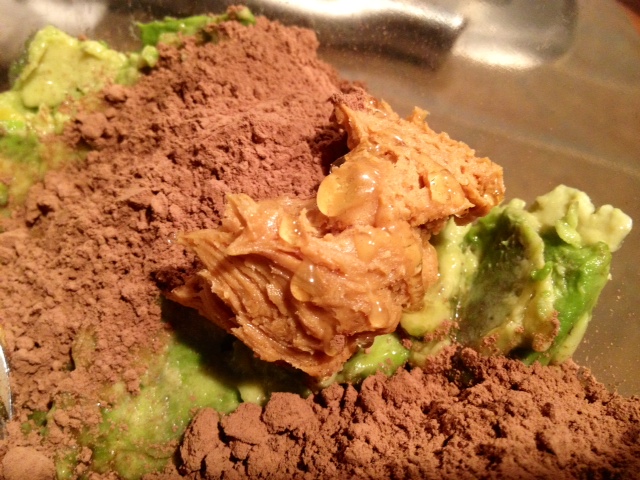 Using an immersion blender (or your food processor), start to blend the mixture.

What I found was that it was way too thick, so I added some almond milk until it became the right consistency. Again, start with just a little and then keep adding until it’s right. For one avocado, about 1/4 cup of almond milk was right. You could use coconut, soy, or regular milk as well. Taste a little bit and add more sweetener if necessary. 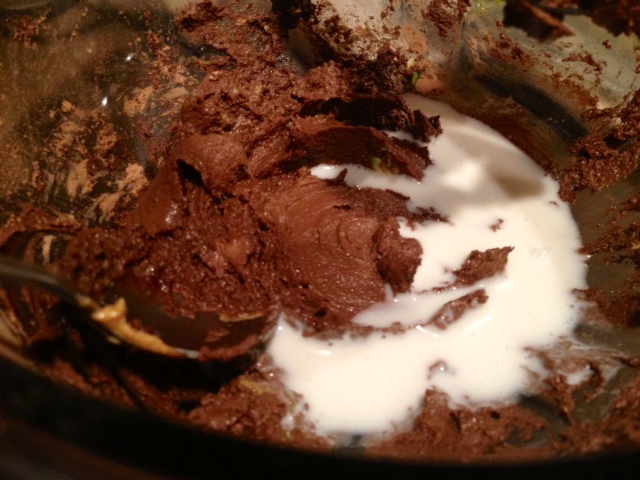 The first couple times I made this, I stopped here, but the last few times I’ve experimented with different flavored extracts as well.

Both raspberry and orange were awesome, so I definitely recommend. You might go a little light on the peanut butter in this case so the flavors don’t clash. 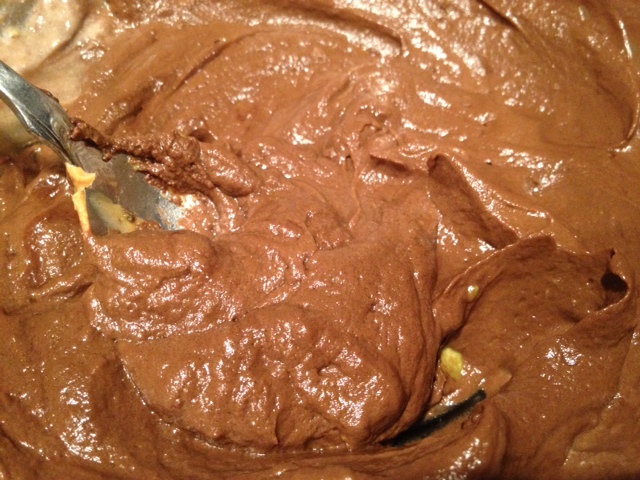 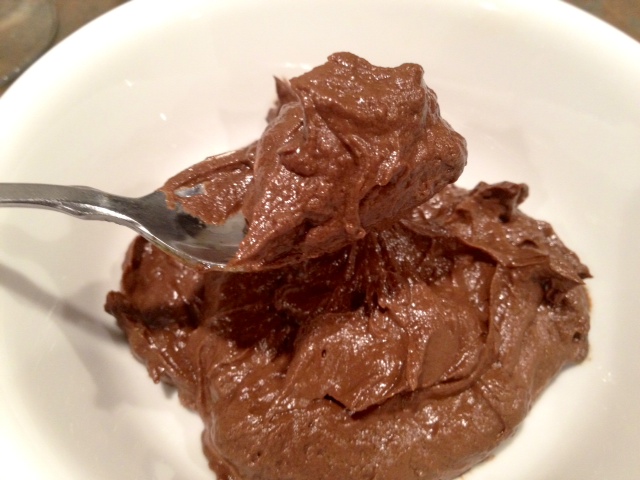 Note, I recommend using a mini food processor for this because it’s easier and you get a better, creamier result. But a bowl and handheld immersion blender work just fine and so I’ve given instructions for that in case you don’t have a food processor.  Makes one large (normal, in my opinion) serving or two servings for people with lots of willpower.

Put all the ingredients except the almond milk in a bowl (or mini food processor) and mash together until it’s well-combined.

Then blend, using a handheld blender or the food processor to beat it until it’s really smooth and there aren’t any more chunks.

Add whatever milk is needed to make it the right consistency, stirring with a spoon to combine before blending (or you’ll splatter milk everywhere). Taste it and make sure it’s the right level of sweetness for you, add more sweetener if necessary.

If you’re using an extract, go ahead and add it as well. Give it another go with the blender just to finish it off.

If it’s room temperature and you want to consume right away, put it in the freezer for about 8-10 minutes, otherwise the fridge is fine. Garnish with toppings and serve cold. 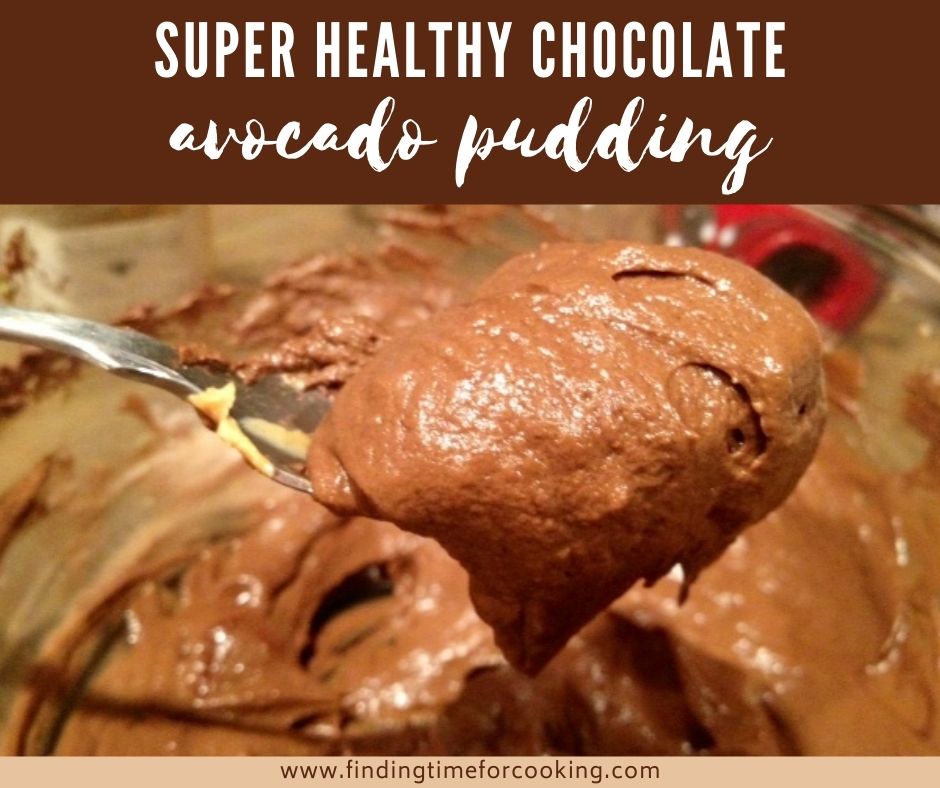 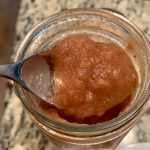