Today we’ve got a weird one. Several weeks ago my CSA box had all sorts of randomness, including radishes (which I roasted but didn’t love—will have to try again) and kohlrabi. I’d never even heard of kohlrabi, so that was a new one…

So I had to figure out how to prepare kohlrabi. 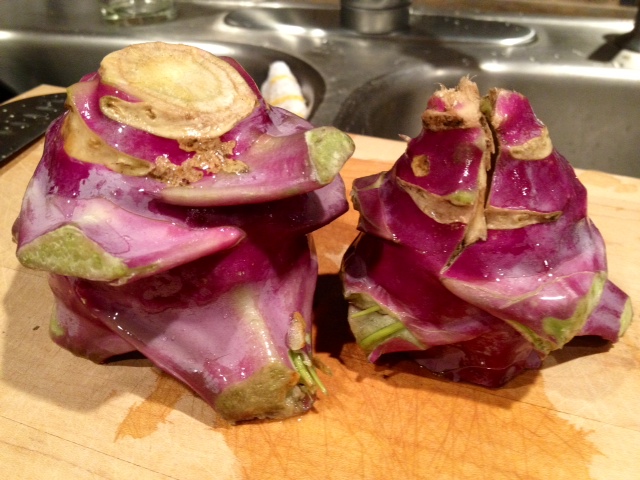 All the pictures I’ve Googled of kohlrabi (which literally means “cabbage turnip” in German) show pale green roots (that really do look like a cabbage turnip), but mine were intensely fuchsia and kind of spiky.  The inside was still beige, though, and had a consistency somewhat like a parsnip or turnip.

It’s a member of the cabbage family, along the lines of kale, brussels sprouts, broccoli, and cauliflower. Like all of those things, it’s highly nutritious and full of awesome phytochemicals. 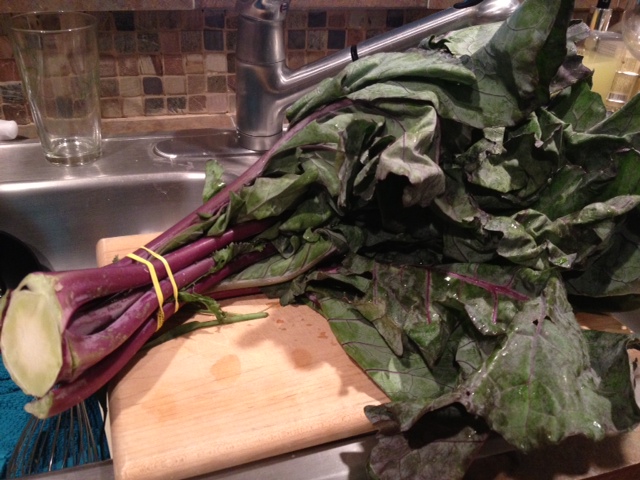 Also like many of its brethren, the entire thing is edible. The root makes fries, mash, pie, etc., while the kohlrabi greens and stems can be sautéed, added to soups, or used the same way you’d use turnip greens or kale.

The leaves look pretty cook, they’re fairly thick and have purple veins all through them. The stems are INTENSE.

My overall verdict on both of these dishes was that they were fine but not necessarily worth the effort that went into them. However, if my kohlrabi had looked a little more like the green “cabbage turnips” the internet suggests they are, it wouldn’t have taken nearly so much work and would have yielded more bounty.

Also, I liked the greens okay but I wouldn’t saute the stems next time—just WAY too tough (unless that’s your thing). Basically, it was cool to try new veggies, which is one of the reasons I love my CSA box, but not sure I’d go out of my way to find them at the grocery store. 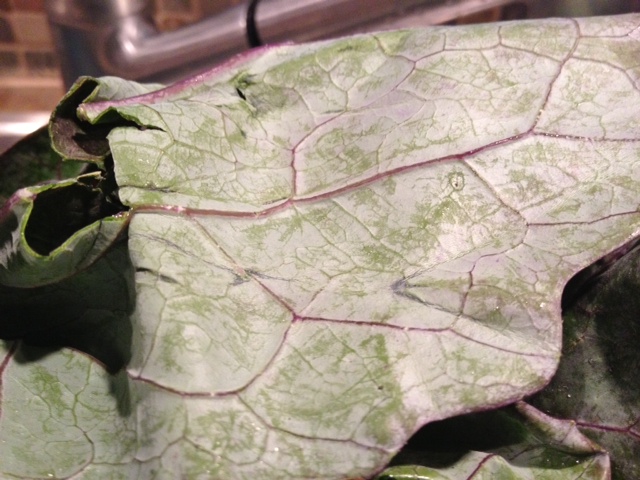 Preheat your oven to 425 F and line a large, rimmed baking sheet with foil.

Wash the kohlrabi and prepare your hands for the task that lies before them. 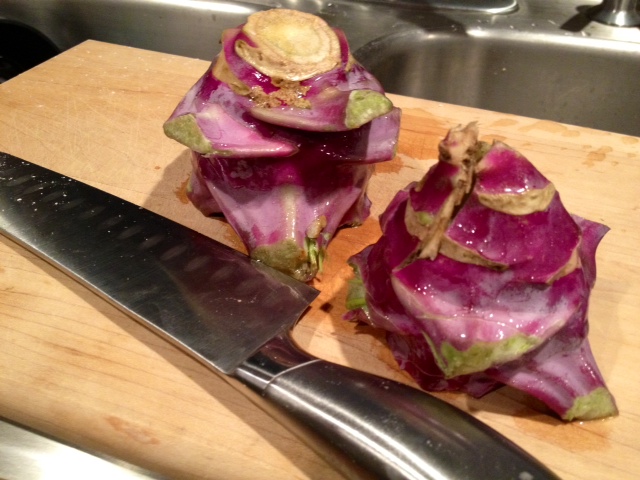 The recipe said to use a sharp paring knife or good vegetable peeler to peel them. I don’t know what kind of awesome vegetable peeler they have, but I had to—verrrrry carefully—use a giant santoku knife to peel everything.

Unfortunately I felt like it wasted more than it should, because the pointy little wings all had to come off, it was impossible to peel all the way around them. 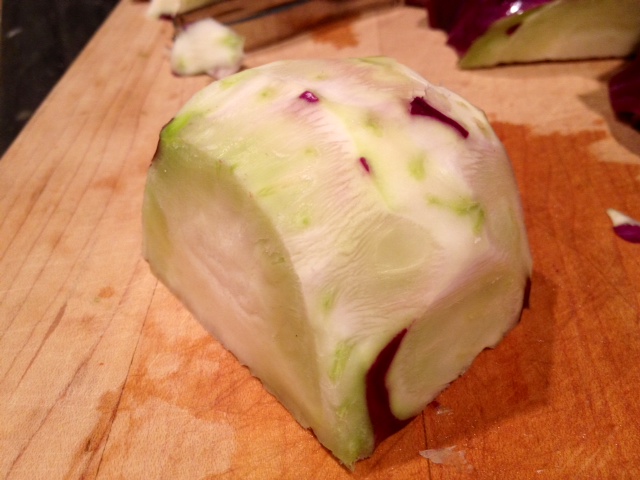 Cut them into matchsticks, making sure they’re roughly the same size so they bake evenly. My hands were pretty sore at this point.

Toss the kohlrabi sticks with the oil, then sprinkle very generously with fresh-ground salt, pepper, and a little bit of garlic powder.  Spread the kohlrabi out to where it’s in a single layer so it cooks evenly and doesn’t get soggy.

This is the part where I was dumb and forgot to take pictures of the final product. I was so flustered trying to get dinner on the table (I always try way too many new recipes) that it totally slipped my mind. But they looked great (if a bit tiny). The flavor was cool and interesting, although it didn’t really yield a ton of fries for how much work it took to peel them! 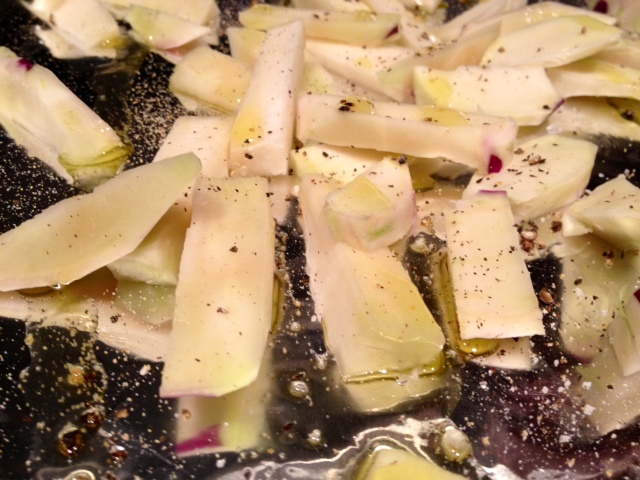 Moving on to the kohlrabi greens…

The next day I decided to attack the stems and greens. Everything I’d read suggested you could eat both, so I decided to give it a try.

However, I would recommend using only the greens, as I found the stems to be tough and weird (which is usually the case for stems with me). I don’t eat kale stems either, so that could just be me. 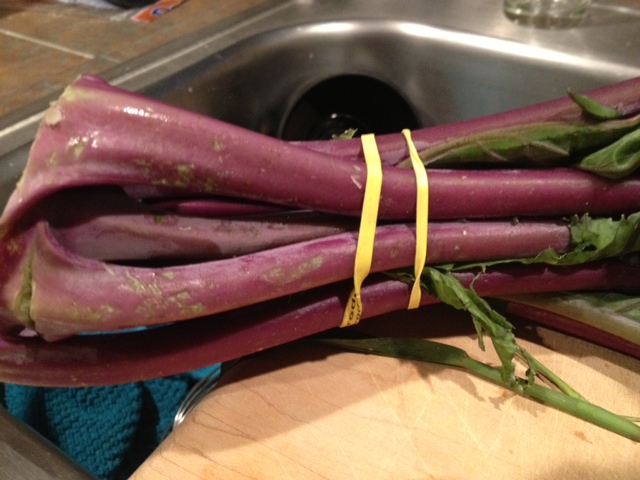 I had some green onions, so I started by chopping those up.

Then I cut up the stems—again, omit this is stems aren’t really your thing. 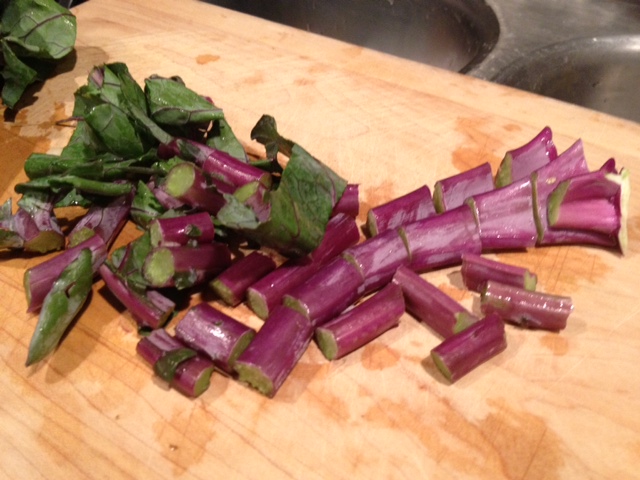 Get those going in a pan with some olive oil, since the stems are a lot tougher and take more cooking. 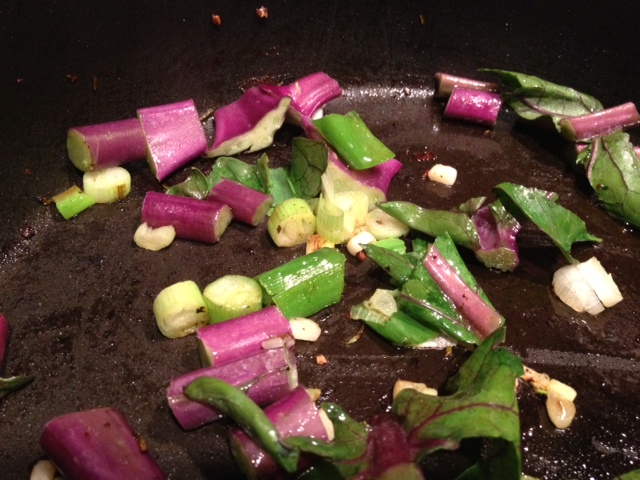 In the meantime, give the leaves some rough chopping. I’d actually go more fine than this next time, since the leaves are quite thick and so smaller pieces would help them cook a little better. 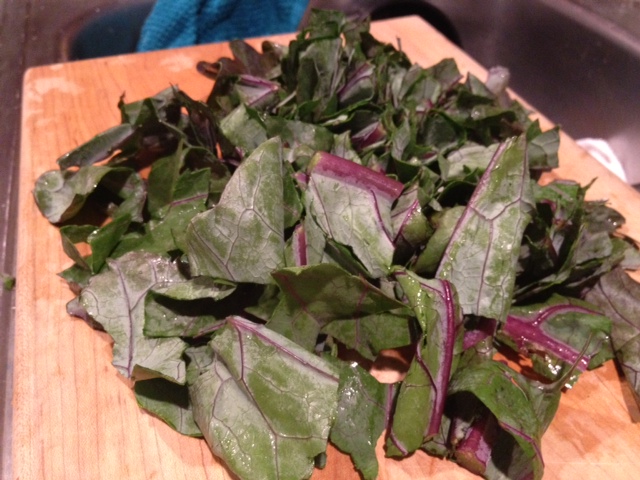 Throw the greens into the pan and saute until they read your desired consistency. Add some salt and pepper, but probably nothing else if you’re using the green onion. 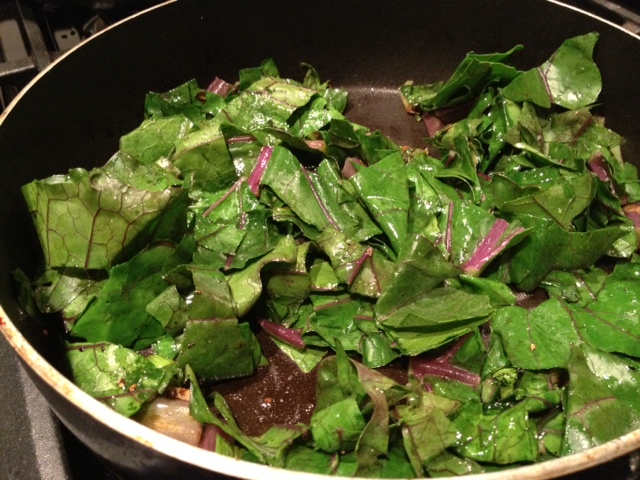 Again, I didn’t love these—they were just alright for me. I love sautéed kale so much that everything gets measured against it. I’ve tried sautéing turnip greens and Swiss chard as well, but neither measured up to kale.

So I’d make this again if I had the kohlrabi already on-hand, but not go out of my way to seek out the greens. 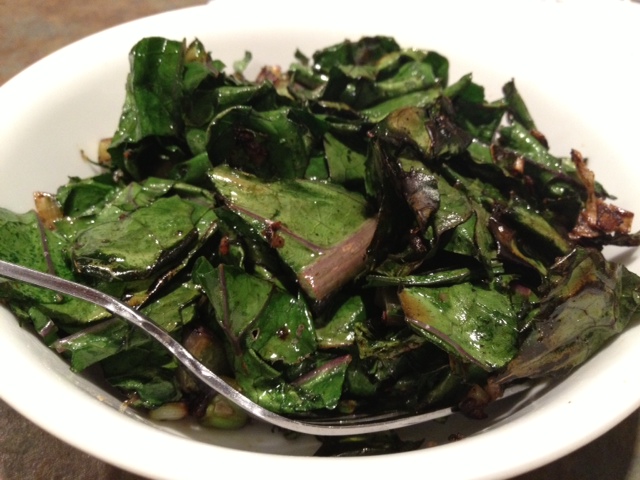 While it won’t be displacing some of my true loves (looking at you brussels sprouts and okra!), it was super interesting to get introduced to a new veggie and figure out how to prepare kohlrabi.  So now if it ends up in your CSA box you know what to do! 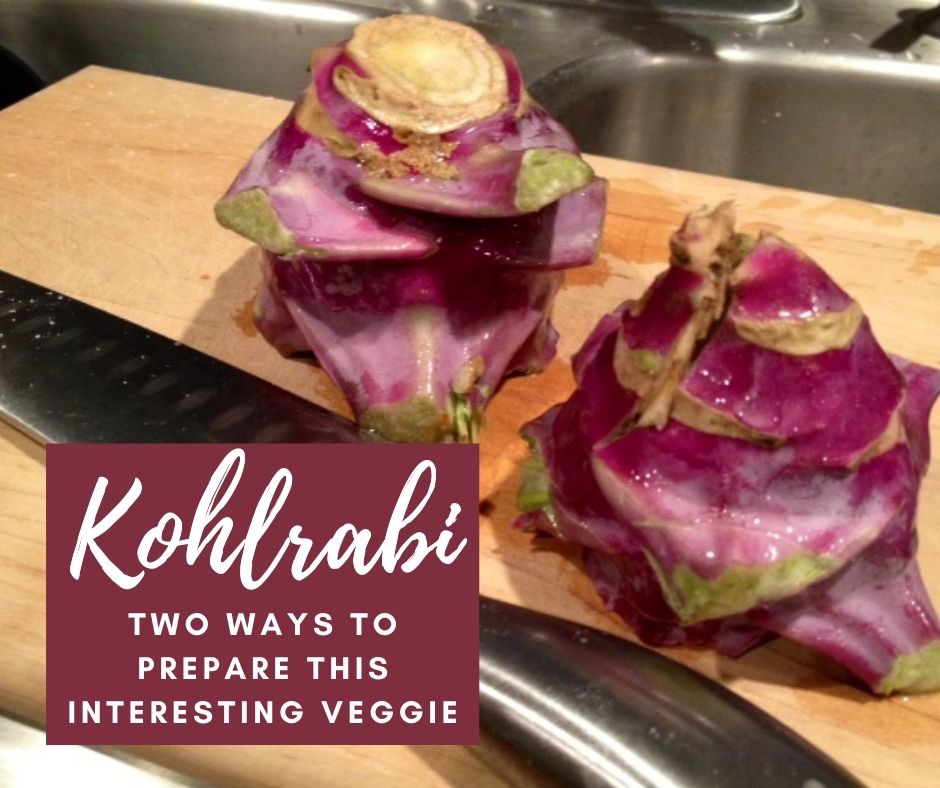 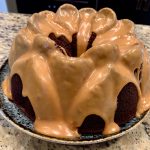