I make up a LOT of pasta dishes.  Like…a lot.  But it’s only once in a blue moon I create one that becomes a life staple.  This recipe is one of the all-timers, a hearty and indulgent pasta with roasted peppers and red onion, crisp chicken sausage, and a creamy goat cheese sauce.  It’s my dreams in pasta form. 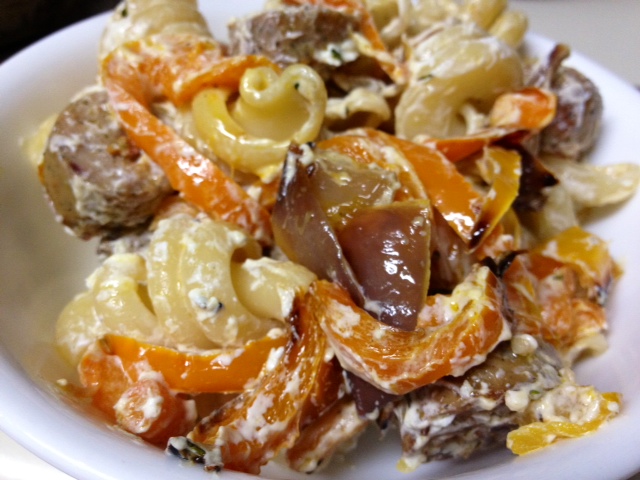 Specifically, I recommend sticking with yellow and orange bell (or sweet) peppers for this, because they have a mildness to them that really complements the tangy goat cheese.  And similarly, the bite of red onion is definitely a winner over yellow or white.  Then give them that delicious caramelization from roasting, and it’s sublime.

Chop up your veggies into slightly bigger-than-bite-size pieces (they shrink a little as they roast). I went with orange and yellow peppers because 1) they were on sale, and 2) they’re more mellow than red pepper, which can be kind of intense. 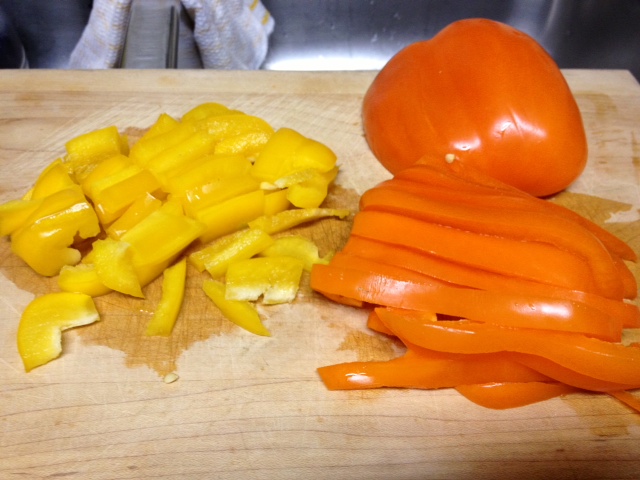 Line a baking sheet with foil (so much less cleaning up!), toss all the veggies on there, drizzle with olive oil, and sprinkle with fresh-ground salt and pepper.

Bake at 425 F for around 20 minutes, until they’re nice and a little shriveled and browned. 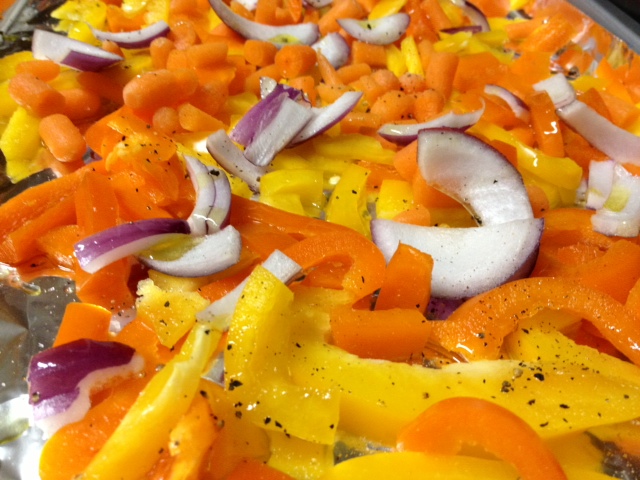 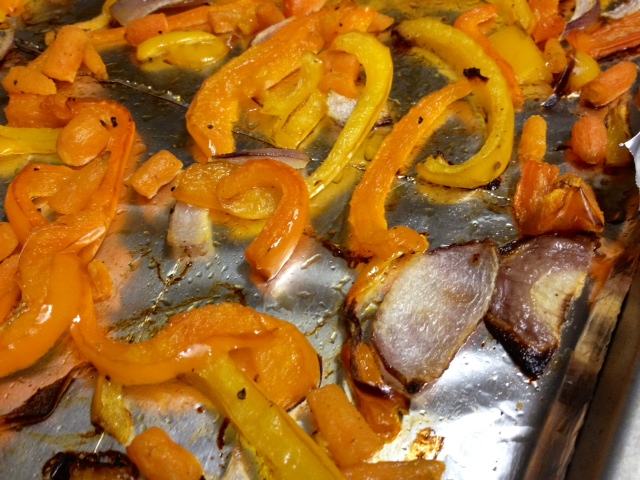 Boil water for the pasta, then add salt and the pasta. Cook until al dente, likely 6-9 minutes. Save out like a half-cup of pasta water to help thin out your sauce and make it stick better. 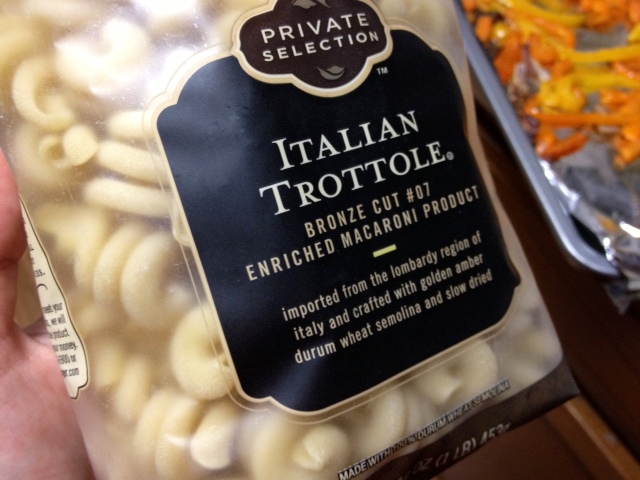 While the veggies are baking and the pasta is boiling, slice up your chicken sausage and saute them in a skillet with a little olive oil, just get them nice and browned. 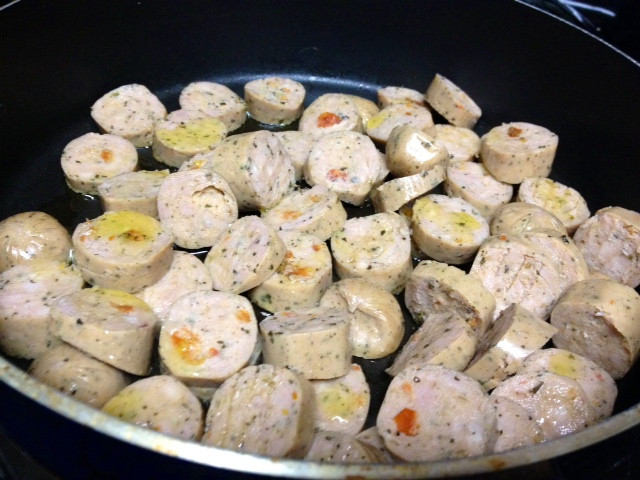 I had some fresh rosemary on hand, so I chopped that up and threw it in with the sausage. 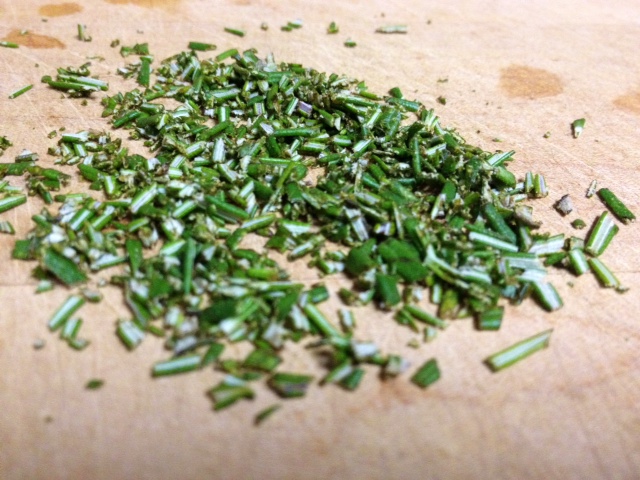 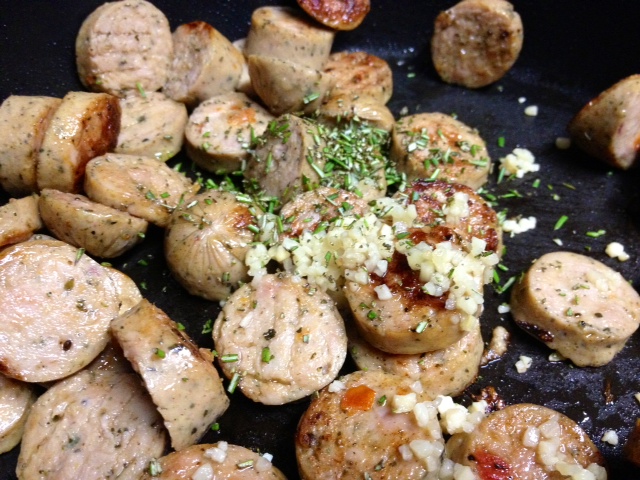 And goat cheese, because you can never go wrong with goat cheese and it’s one of the best cheeses at spreading out and creating a sauce. 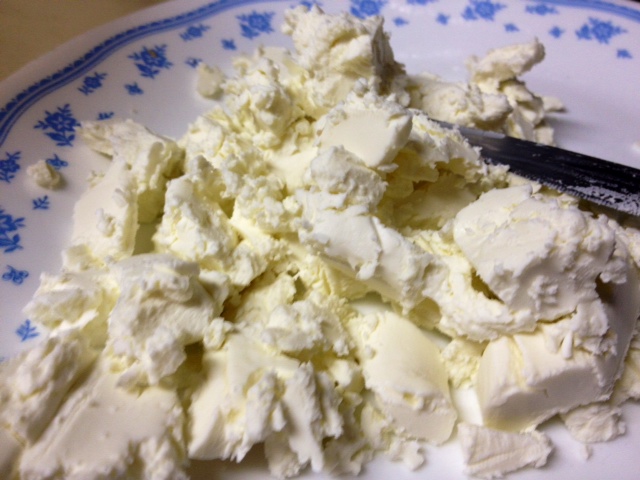 Toss everything together, adding the pasta water to thin out the goat cheese if necessary. 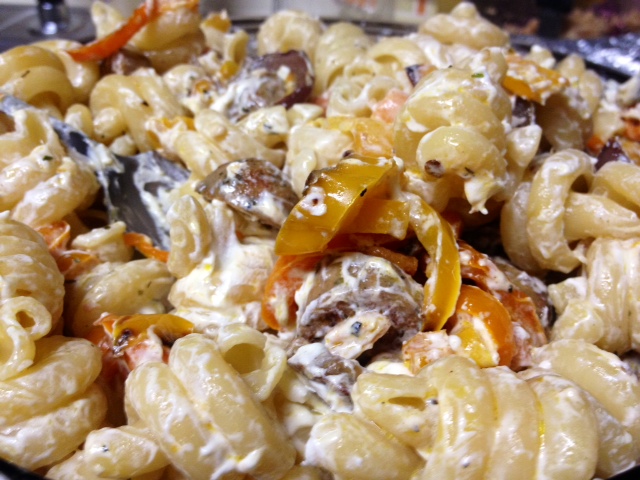 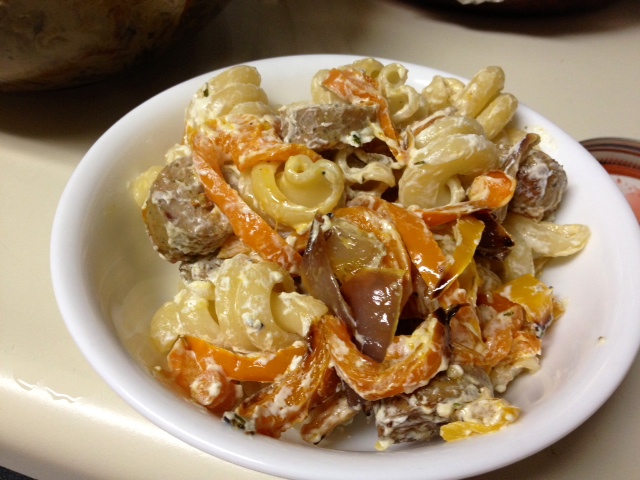 One thing I liked about this dish was that it heats up really well as leftovers. There was enough sauce on it and the veggies were moist enough that it didn’t become that weird, dry sauceless leftover pasta that you dread re-heating. 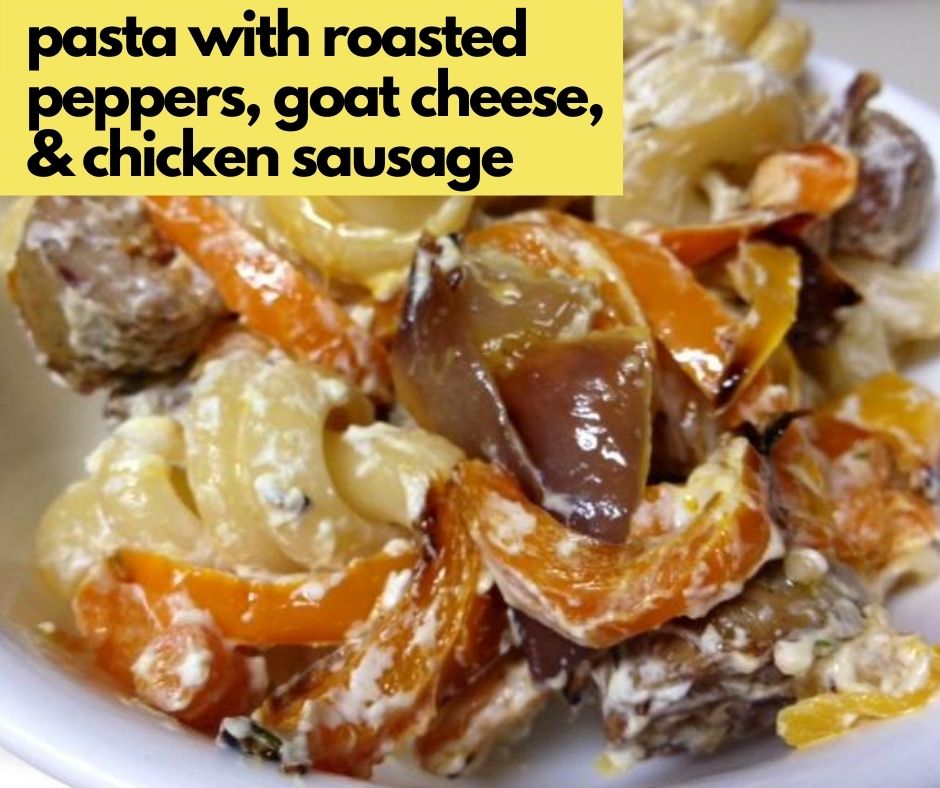 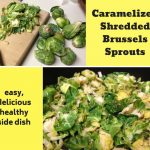 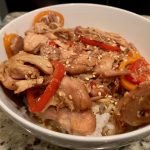