We spent the last eight days in the Nelson/Tasman region of the South Island. We’d rented a lovely little house in Richmond and based ourselves there for various food and beverage explorations, as well as attending the Feast of Tabernacles. Nelson is one of the bigger cities in the area, about 46,000 people. It’s about an area from the Abel Tasman National Park, which has gorgeous coastal tracks and kayaking and seals and beaches. It and the Marlborough region are also acclaimed for their local wines and beers, so it was the perfect place for our foursome to stay! 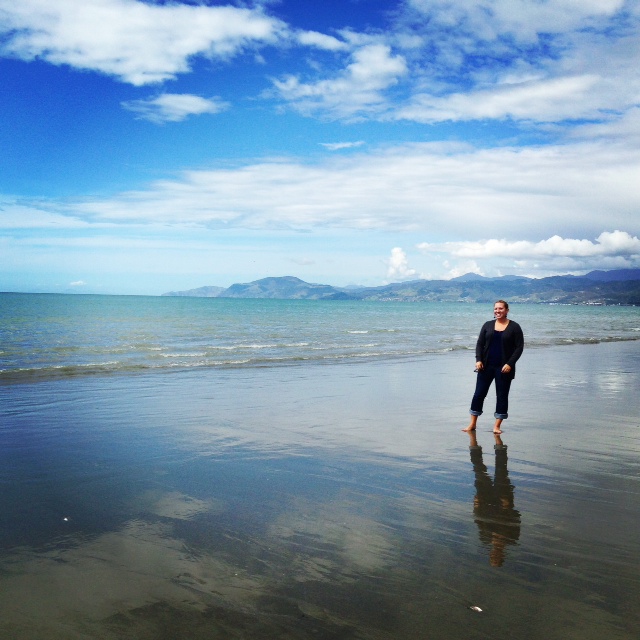 The scenery in this part of the South Island was so different from where we were previously. Golden beaches, turquoise waters, green hills—it was like Hawaii up in here. 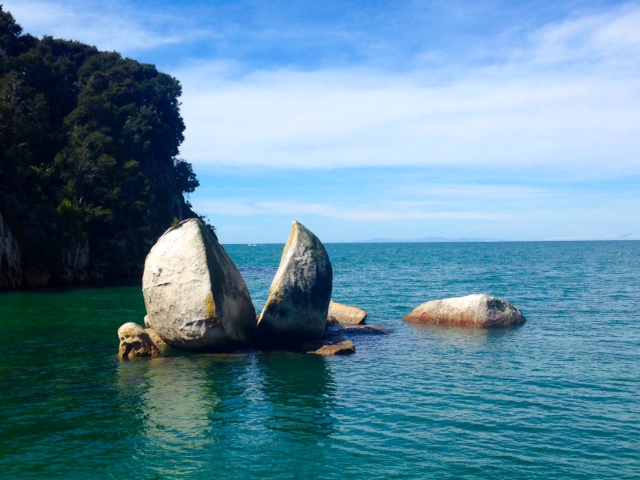 Split Apple Rock in Abel Tasman. Not an actual apple. 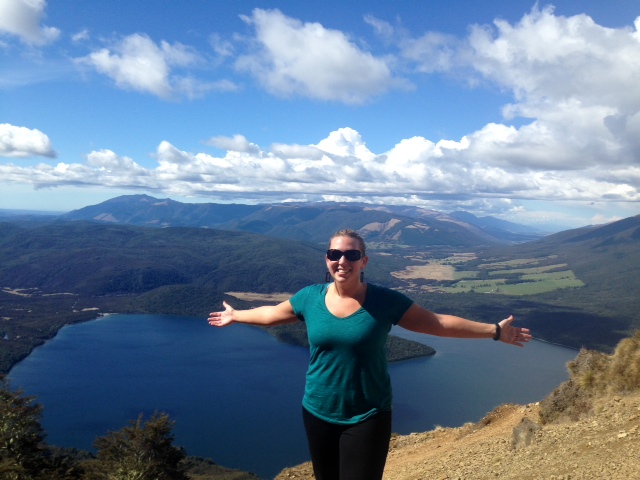 We hiked Pinchgut Trail in Nelson Lakes National Park, up Mt. Robert…it was crazy steep and we just about died. We rewarded our delirious, exhausted selves with a giant dinner and beer at The Vic. 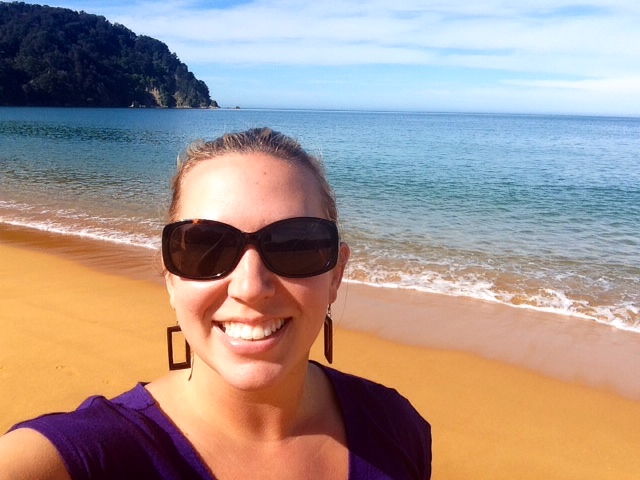 We took a boat ride along the Abel Tasman coast and then had an awesome dinner of lamb and good wine at Ford’s in Nelson. 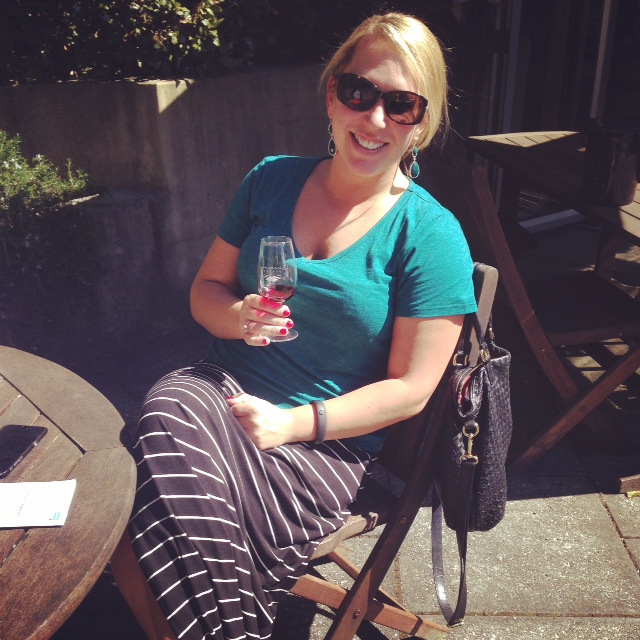 This area is particularly known for its wines, so I put on my comfy wine tasting skirt and got down to business… 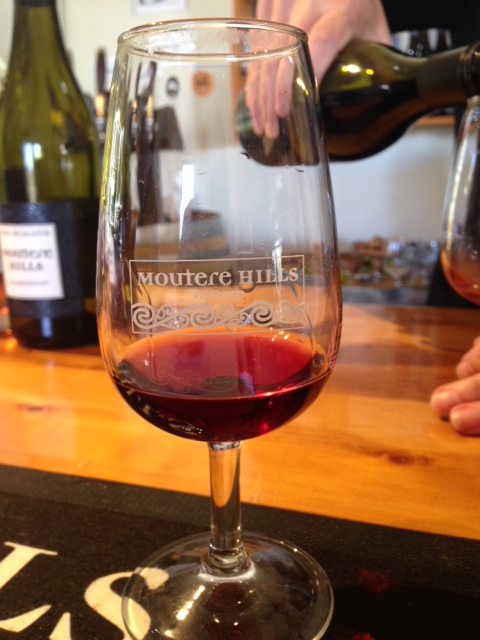 I was really surprised by how few reds there were in the Nelson area—really tended toward pinot gris, riesling, sauvingnon blancs, and gurwurtztraminers. We went to Kahurangi, Moutere Hills, and Waimea and did tastings. We also had some delish pizza at Kahurangi. There was a delightful gurwurtztraminer from Kahurangi that we bought a few bottles of, and an awesome rose (and I don’t typically like roses) from Moutere Hills. I thought the lady was going to refuse to sell us the bottle because she loved it so much. 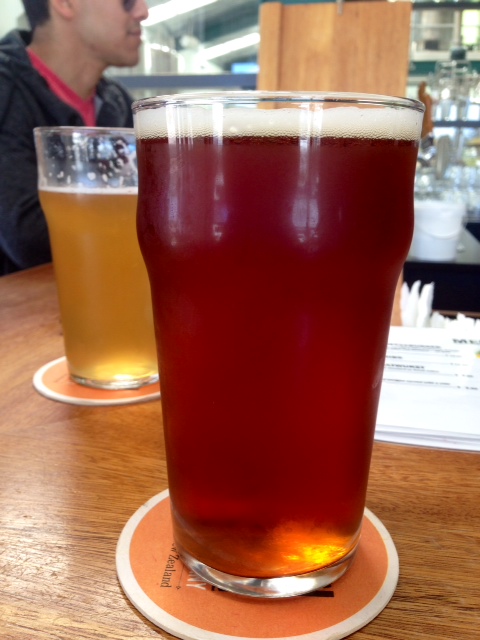 And then there were the beers… 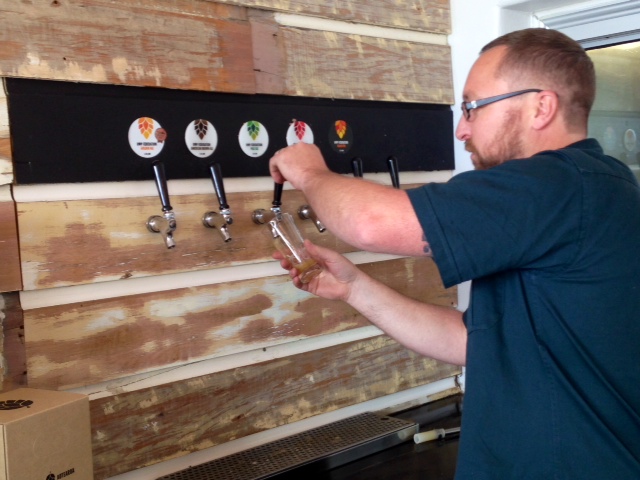 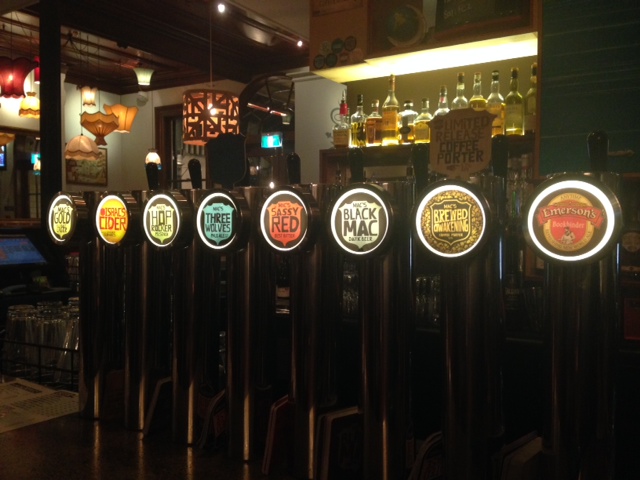 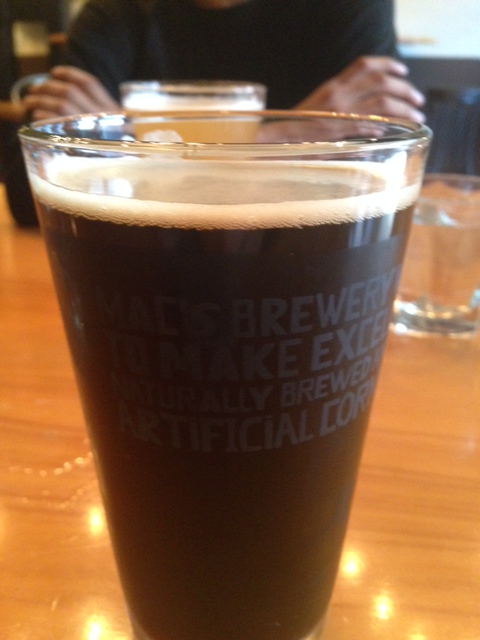 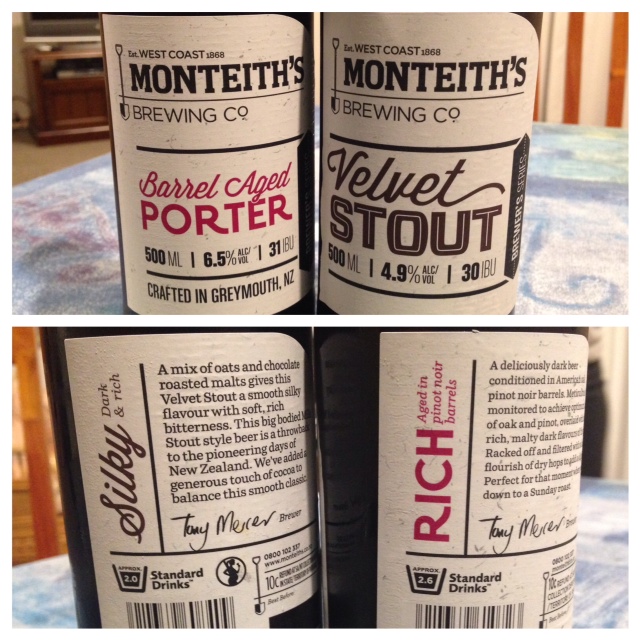 I don’t drink a lot of beer because the carbonation doesn’t really agree with me, but I couldn’t resist all the local brews in the Nelson area. This area is especially known for the hops it grows, so the beers tend toward that a little (which isn’t as much my thing, I’m a stout/porter girl). We did a tasting at Hop Federation, an outfit that’s only been around a year or two—super nice guy, great beers, though sadly lacking a porter or stout. We also tried Golden Bear and had several of Mac’s beers at The Vic in Nelson. Mac’s had an amazing coffee porter called Brewed Awakening, as well as a dark lager called Black Mac that was awesome (and I typically find dark lagers too thin for me). We also had these two AWESOME Monteith dark beers but barely got to enjoy them, only a few sips on our last night here as we were cleaning out the fridge. 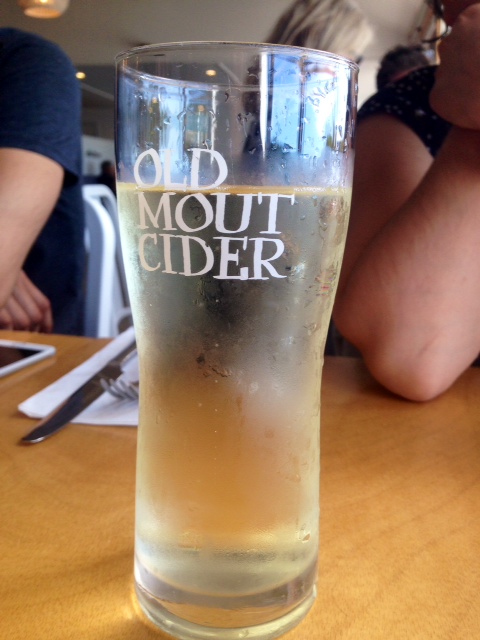 There are also an astounding number and variety of hard ciders here…possibly because of all the fruit being grown?? The brewers have really gotten creative with flavors and combinations. This was a passionfruit cider, and it was so light and interesting and refreshing. 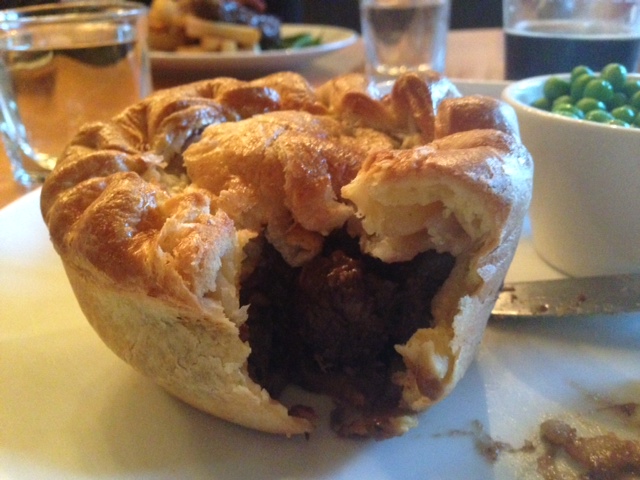 I love that they put everything in pies. This was a steak and ale pie, and it was delicious, and then Brek talked me into eating half of a burger as well and I regretted all my life choices and felt sick for a full 24 hours (which might have been the carbonation from the beer too…). 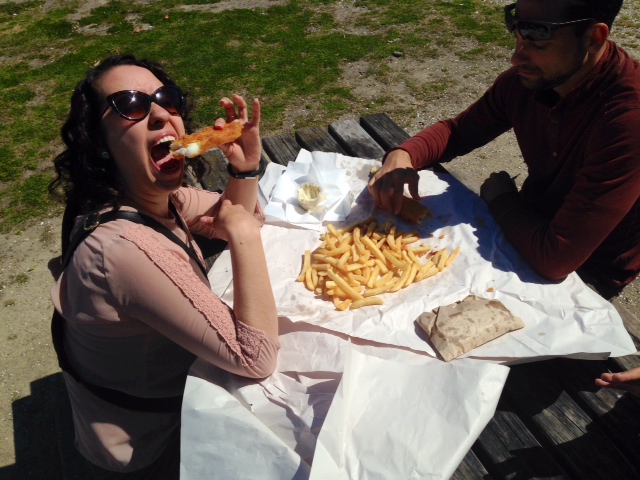 We’re on a mission to find the best fish and chips in New Zealand, so we’ve had it like 5 or 6 times. These were at a little place called the Smokehouse at the Mapua wharf, and are still our favorite so far. 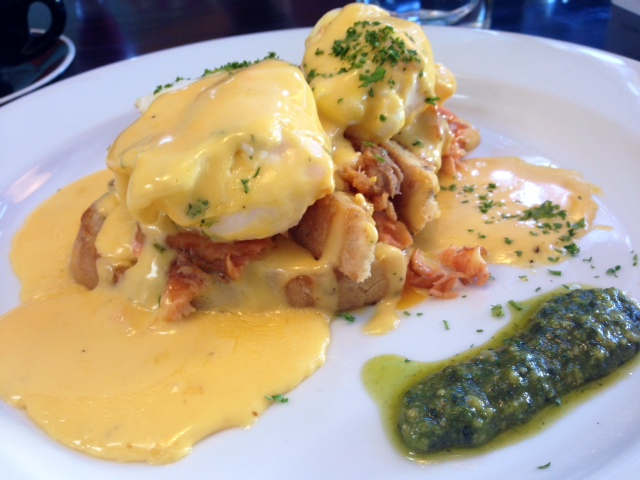 Salmon eggs benedict…they seemed to be really into eggs Benedict. 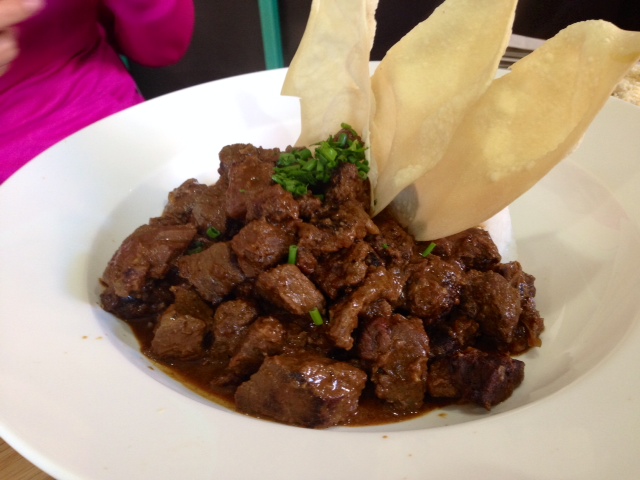 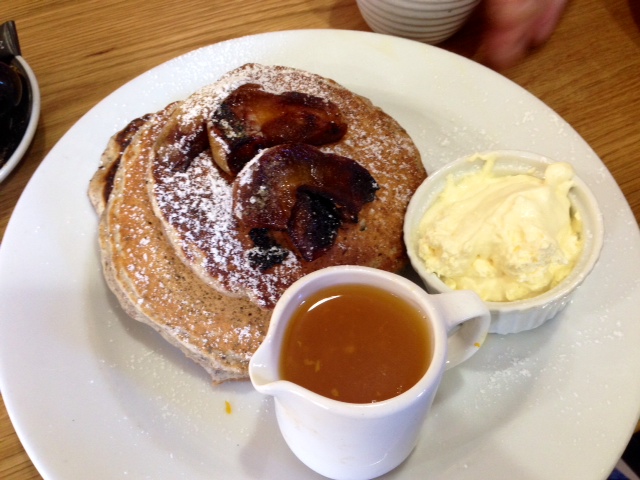 I got these amazing apple and orange wholemeal pancakes, with sauteed apples, star anise-spiced orange syrup and this orange zest whipped cream. I will definitely be trying to recreate these when I get home! 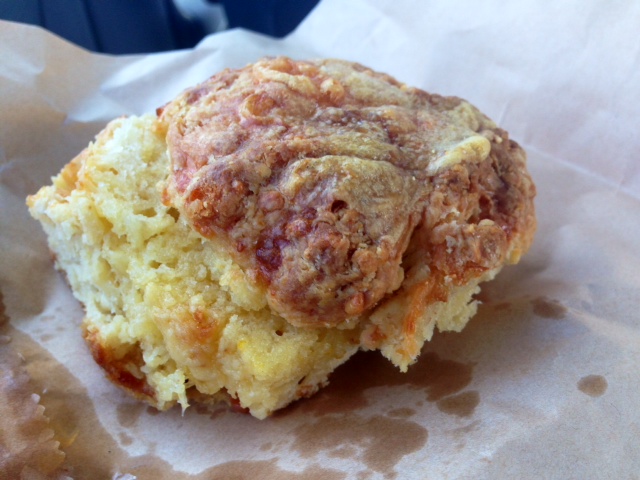 I was told that cheese rolls are a specialty of the South Island, and since I kept seeing cheese scones I assumed that was the same thing. I tried two different ones. They were okay, but kind of dry so not my favorite. 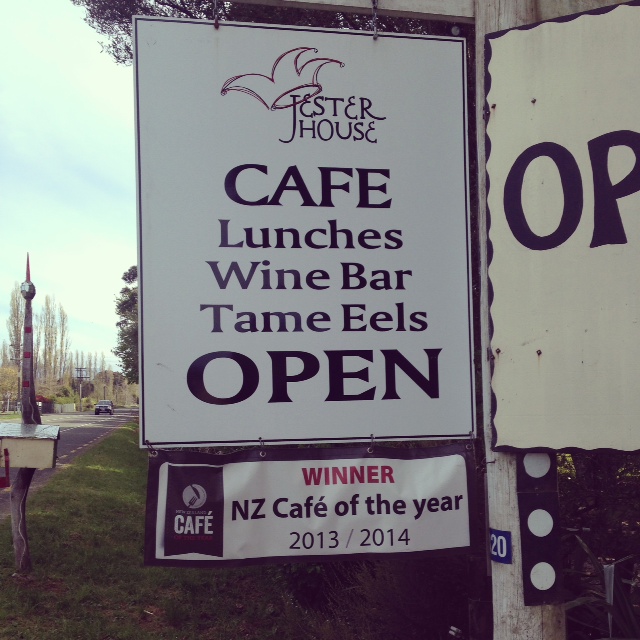 We also ended up at like three or four different cafes vying for NZ Cafe of the Year, including this/last year’s winner, the Jester House. It was this charming, whimsical little garden that reminded me a lot of Alice in Wonderland for some reason. There was a giant chess set, a tiger statue, gorgeous flowers, games, a small playground, and—as promised—live tame eels. It was bizarre, we kept seeing signs about the tame eels all over like it was a huge selling point, which was hysterical. We didn’t eat much there, but I had a delightful lavender shortbread and a coffee. 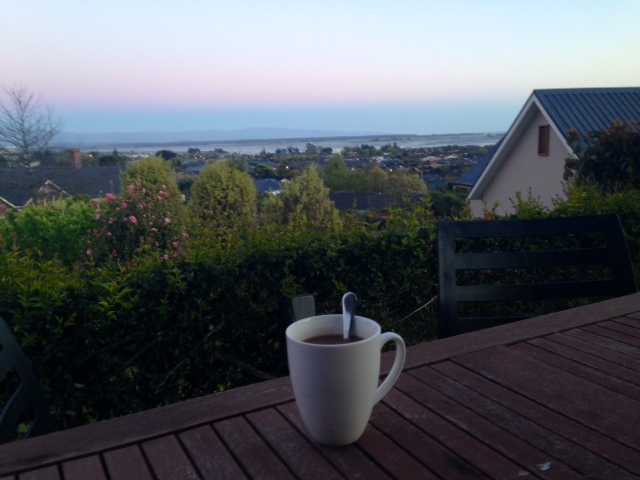 And you can never beat strong, hot coffee on your own patio, watching the sunrise. What’s been interesting is that no one here has a coffee machine, they all use french press pots.

Now we’re on to the North Island for a few days! 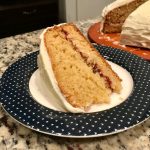 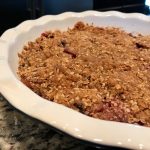 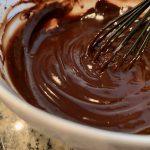 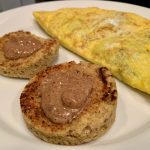