I’m a breakfast proponent. Not because I love eating so early in the morning, but because it’s one of the best things you can do for keeping your blood sugar and energy up all day. Normally I just go for fiber-y cereal or instant oatmeal, or the smoothies I’ve been doing lately, but I found this idea from Pinterest intriguing. I’ve seen several of my co-workers cook up eggs in a pan ahead of time and make a McMuffin-type breakfast when they get to work, but this was a little different—the egg ends up almost poached. 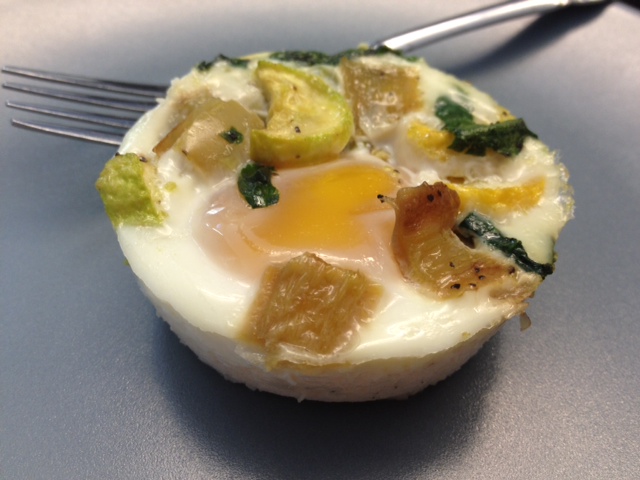 You can make them plain or throw some veggies or cheese in as well. I had some sweet peppers and summer squash leftover from my CSA box last week, so I used those, and threw in some spinach that was about to go bad. I forgot cheese, but would totally put a little on next time. 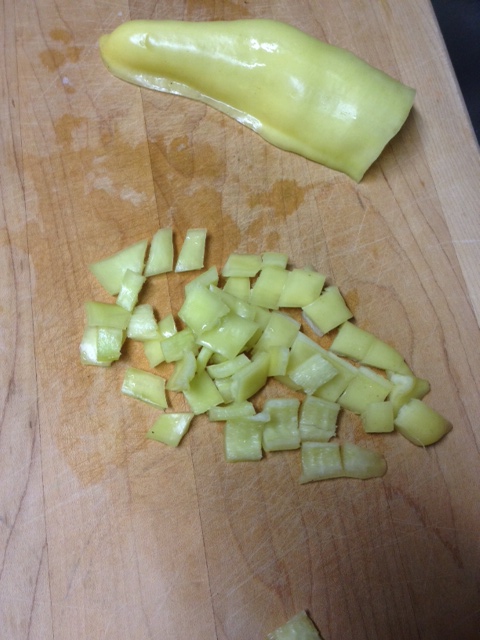 Pre-heat the oven to 350.  I chopped up the peppers, fairly small. 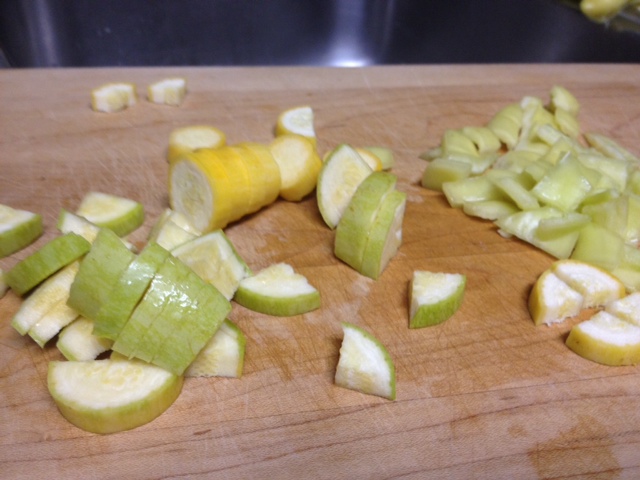 The zucchini as well—small and uniform. 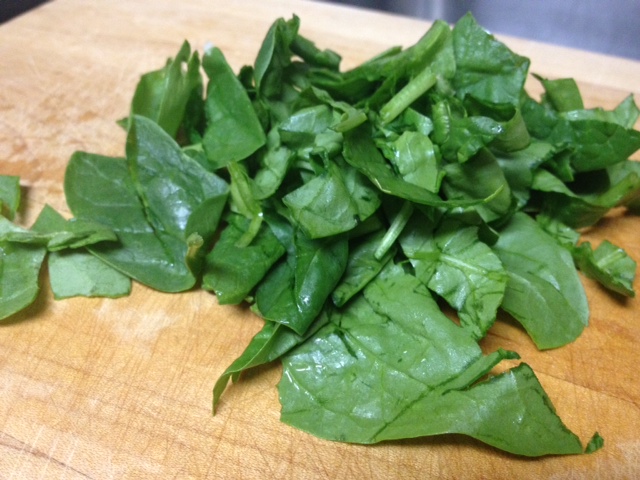 And chopped up the spinach. 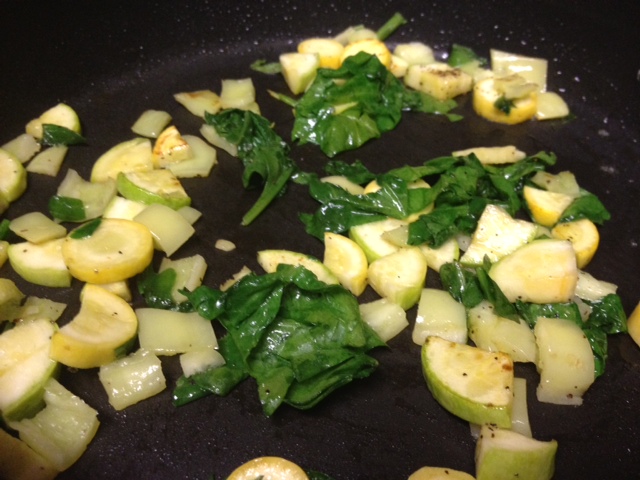 Saute the veggies together in a little olive oil, with salt and pepper until they’ve softened some.

Spray a muffin tin and put an egg in each. 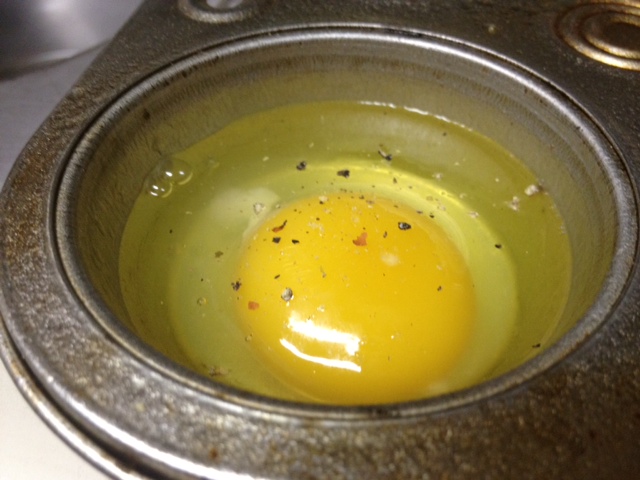 Season with salt and pepper, and garlic if you feel like it. 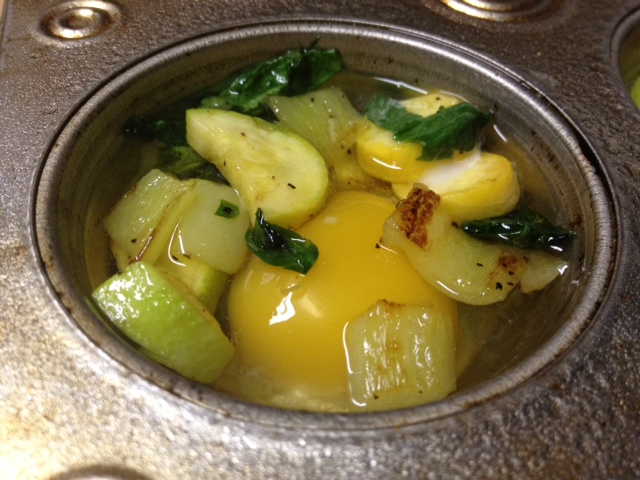 When the veggies are cooked, throw them on top of the eggs. You can push them down a little, make them sink. 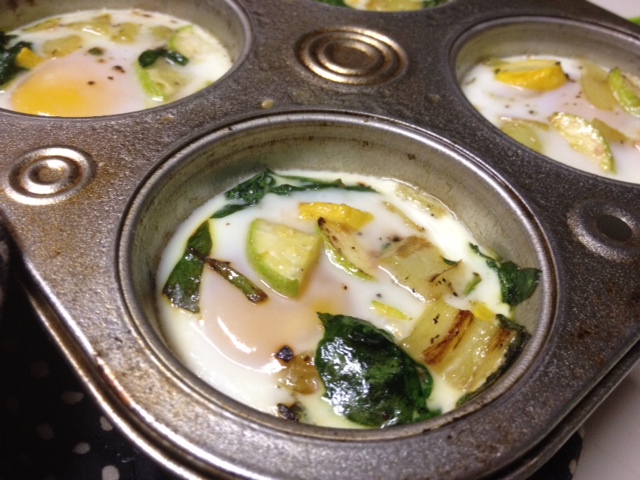 Bake for about 15 minutes, more or  less depending on how running you like your yolk. 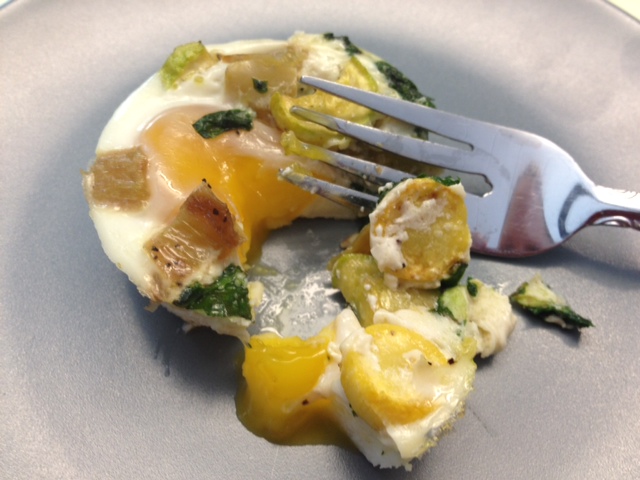 I’ve had one for breakfast every day this week, it’s been great, particularly with my whole wheat apple cinnamon muffins. You can reheat them (15-20 seconds does it) and they stay good for around a week (at least 4-5 days). 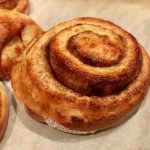