Guys, I was REEEEEEALLY skeptical about this one.

Unlike many people, crockpots actually scare me. I’m on board with soups and chili, but pretty much everything else I’ve ever made in a crock pot has turned out burned, dry, soggy, or otherwise not very good. It’s like I’m incapable of mastering it. But I needed a make-ahead breakfast option for my “breakfast day” at work, so the crockpot was really my only option. I turned to this crockpot breakfast casserole recipe…and guess what? It turned out surprisingly great! 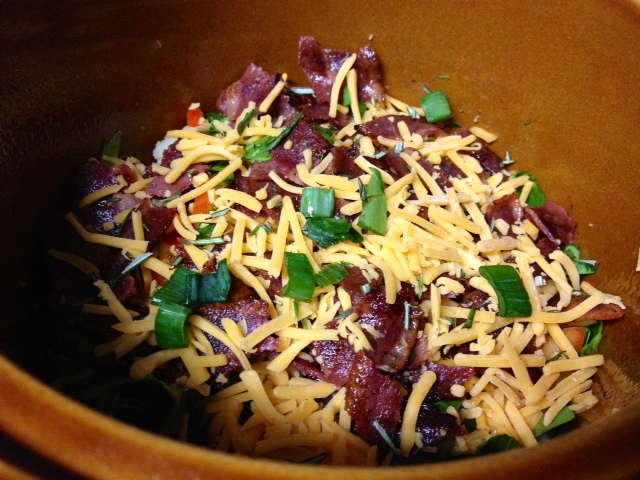 The final result wasn’t *pretty*, mind you (hence no pics of it ready to serve) but it was very flavorful, not dry at all, and got a thumbs-up from my co-workers. Plus, the assembly the night before was quick and painless—cooking the bacon was the most involved piece, everything else was just layering.  Slow cooker breakfast casserole for the win! 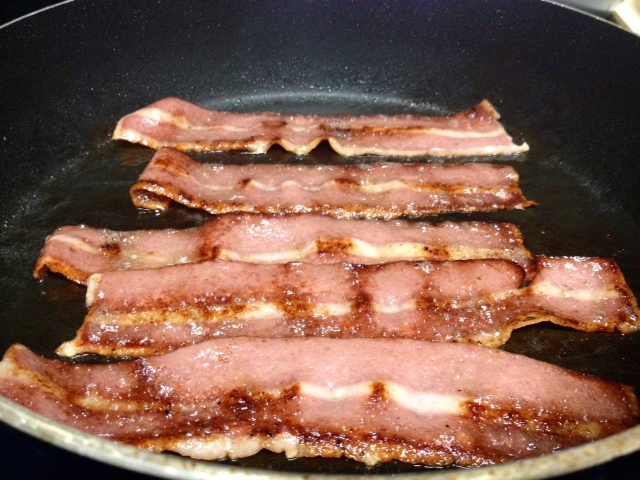 Cook up your bacon (or other meat) and chop or crumble into pieces. 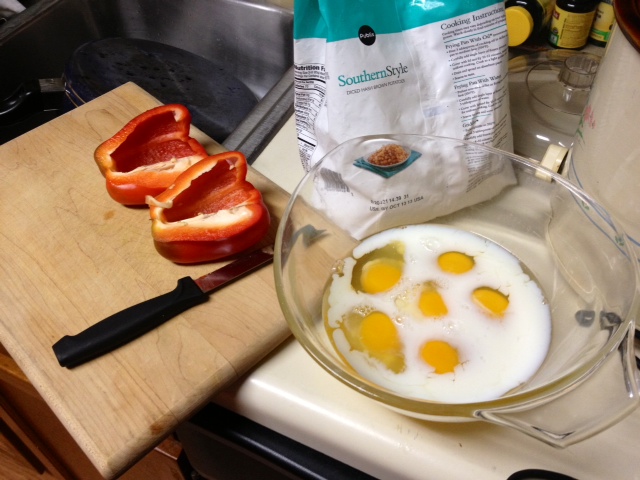 Whip up the eggs and milk with the salt and pepper. I used an immersion blender to beat and mix everything, which gave the egg mixture a nice, fluffy whipped quality. 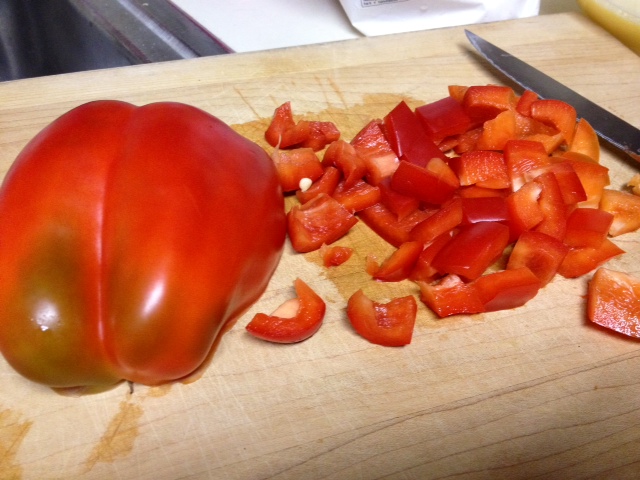 Chop up whatever veggies you’re using. I’m partial to red (and orange and yellow) bell peppers. 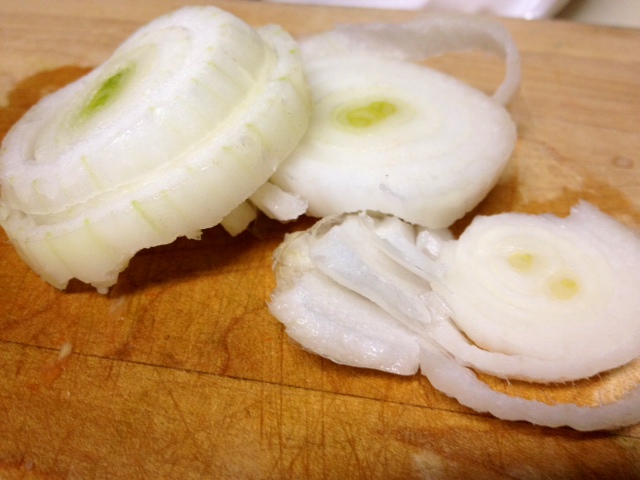 I used green onion instead of regular onion, since that’s what I had already. 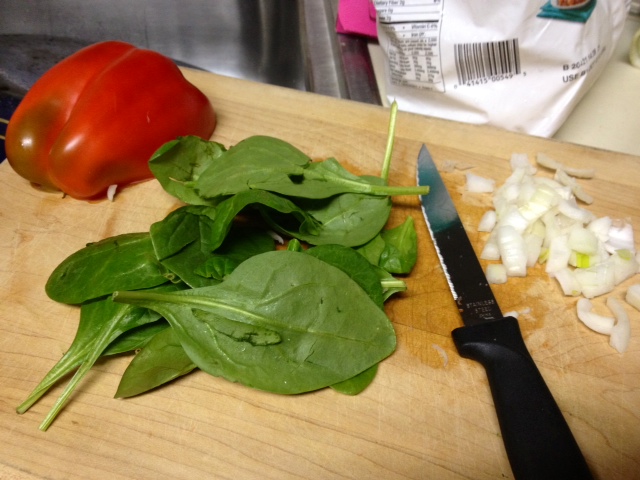 And I added some roughly-chopped spinach for a little green. 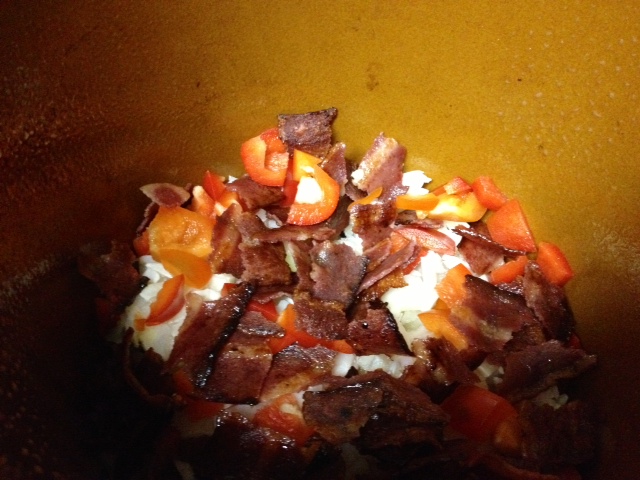 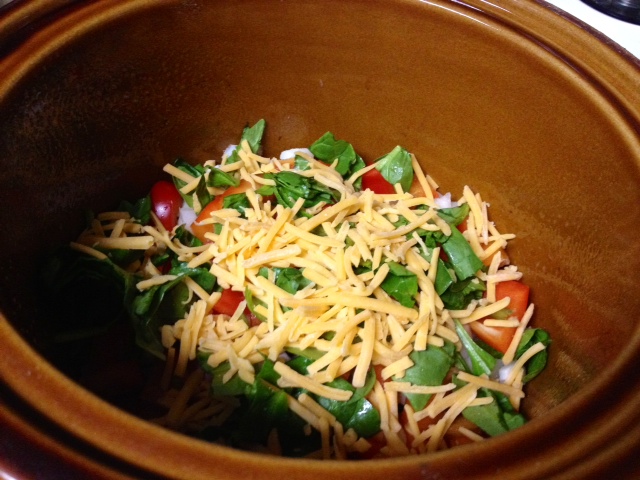 Begin by heavily spraying non-stick spray all over the crockpot (or using a crockpot liner), then pouring the frozen potatoes into the bottom followed by some peppers, bacon, onions, spinach, and cheese. 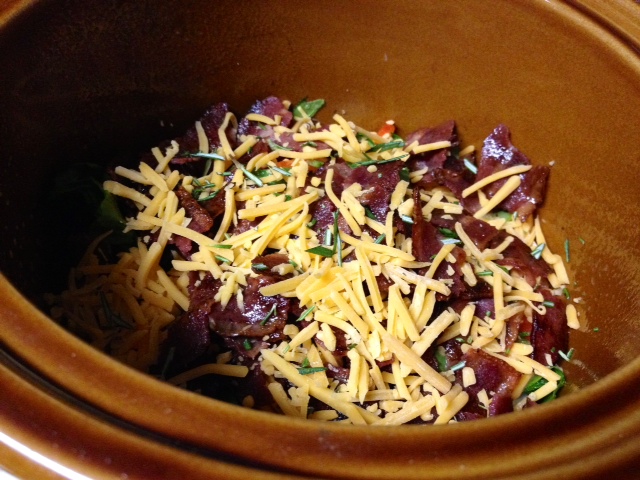 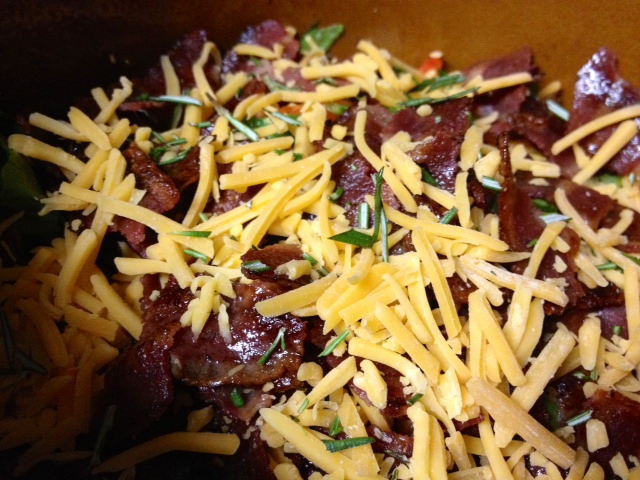 Repeat the layers twice (or until you run out of ingredients) and pour in the egg mixture, making sure everything gets moist and evenly spread out. Top with a little extra cheese and the green tops of the green onions or scallions, if you’re using. I had some fresh rosemary sitting around, so I chopped up a little of that too.

Cover and cook on low for about 7 hours. Twice during cooking I took a folded-up paper towel and used it to soak up liquid that had pooled on top of the casserole. Don’t know if this was necessary, but I didn’t want it getting soggy. I will say that it won’t look super pretty when it’s done, but it did taste delicious!

Not feeling the crockpot? Here are other breakfast casseroles you’ll love: 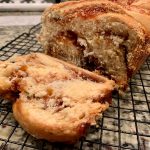