I actually made this last year, right at the tail-end of summer.  You know that time when there are like 7,000 pounds of zucchini, and the corn is just perfect but it’s like the last week of corn season?? 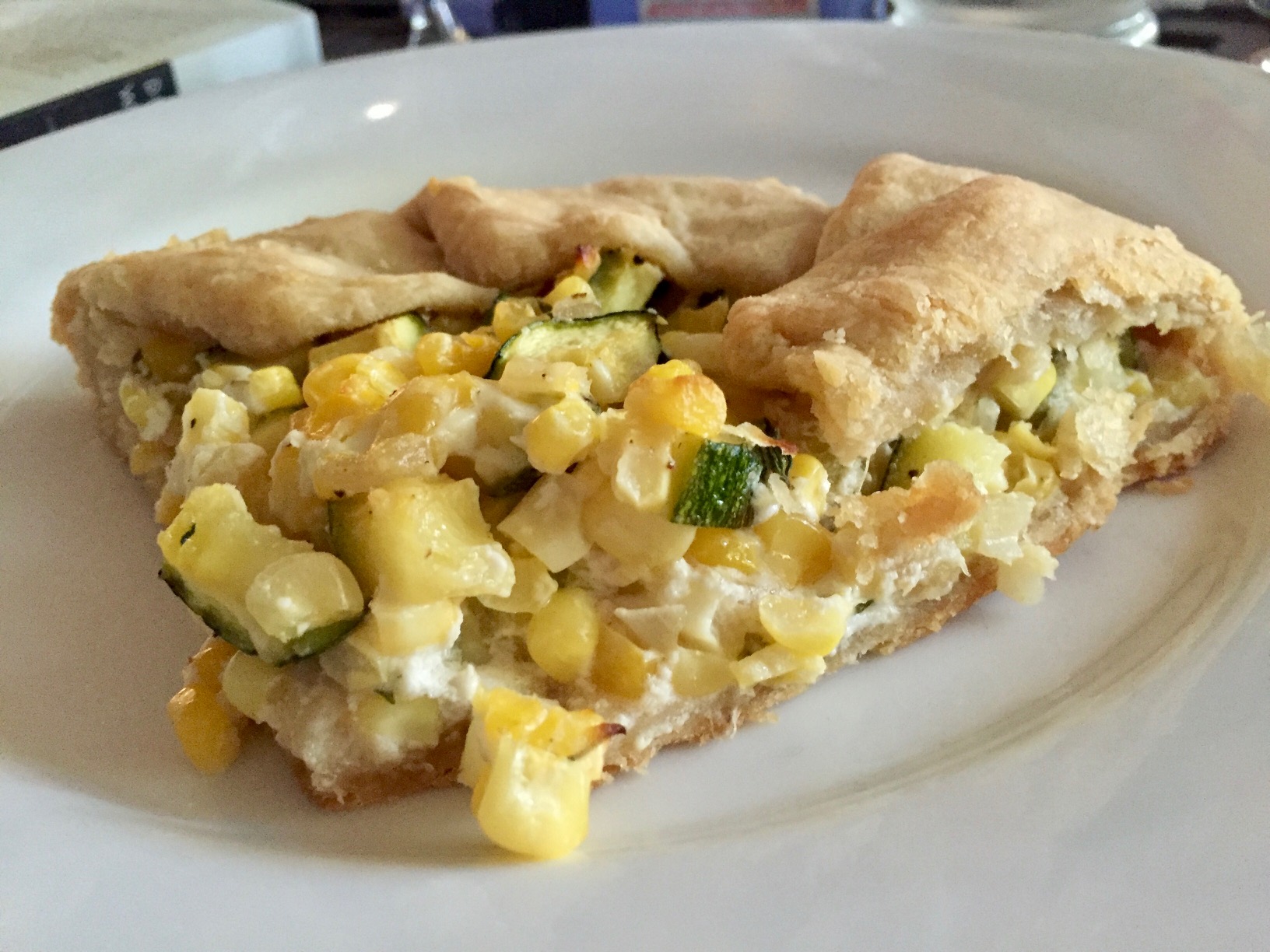 And then I accidentally sat on it too long, and then it just seemed mean to post it in the late fall when you couldn’t get yummy fresh zucchini and corn to make it.  So I’ve been patiently sitting on this recipe for several months, waiting for summer to roll around once again. 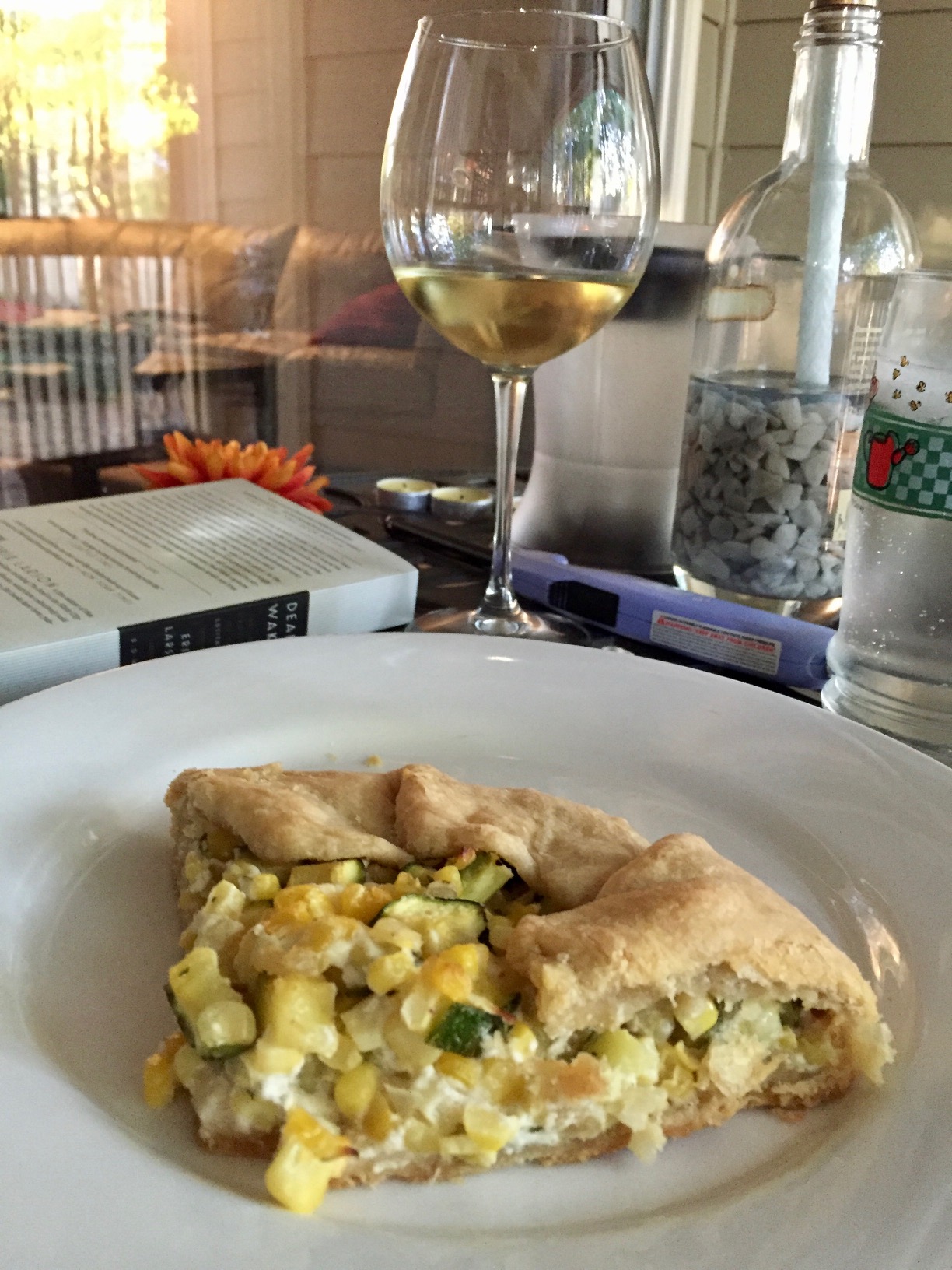 Nom nom nom.  It looks fancy, but it really isn’t a difficult recipe.  The only thing that’s a bit of a pain is making pie crust, but you can just buy it pre-made if you don’t want to deal with it.  Add a glass of cold white wine and you have a summer masterpiece. 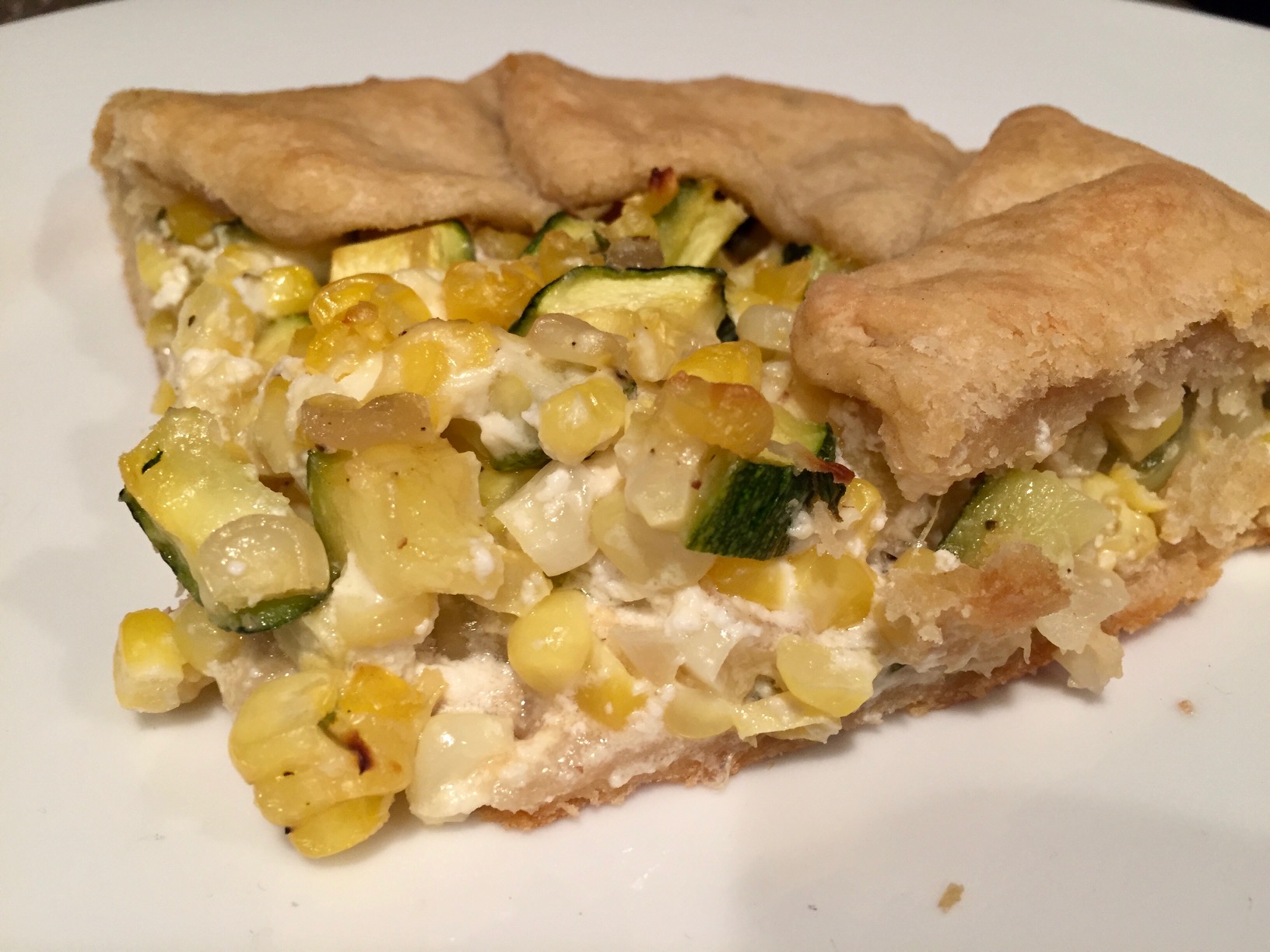 The combination of the tangy goat cheese, the fragrant herbs, sweet corn, and then mellow crunch of zucchini is sublime.  This is summer perfection. END_OF_DOCUMENT_TOKEN_TO_BE_REPLACED 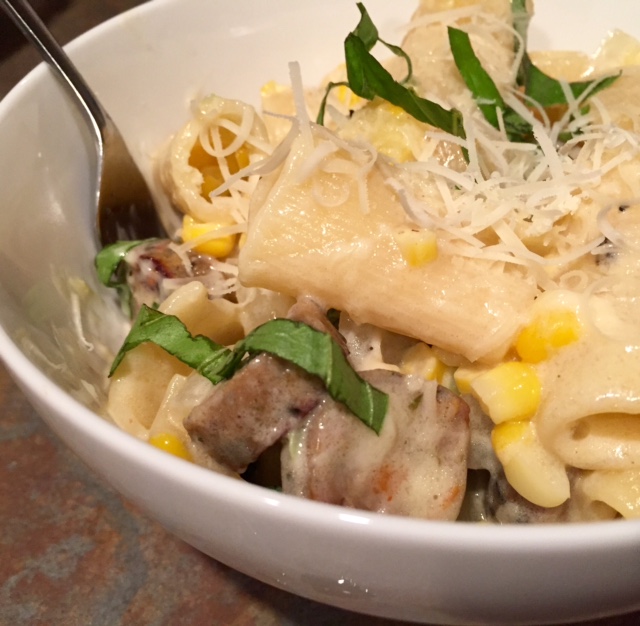 I was so stoked when my CSA box this week included four ears of sweet corn.  Fresh corn is the best.  It can be a side dish, elevate even the most mundane pasta, and even become a dessert (and yes, you better believe this is happening in the near future). 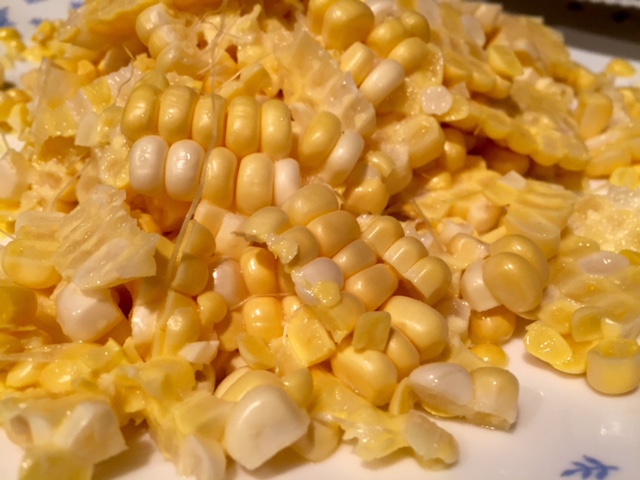 In fact, I was so excited about the first corn of the season that I actually cooked on a Saturday night.  That may not sound earth-shattering, but anyone who knows me knows that Saturday night is reserved for Chinese food.  Specifically, one of three dishes from House of Chan five minutes from my house.  I call at around 5:02, pick it up 15 minutes later, and am comfortably ensconced on my couch shortly thereafter.  So for me to choose cooking on a Saturday night is pretty major. 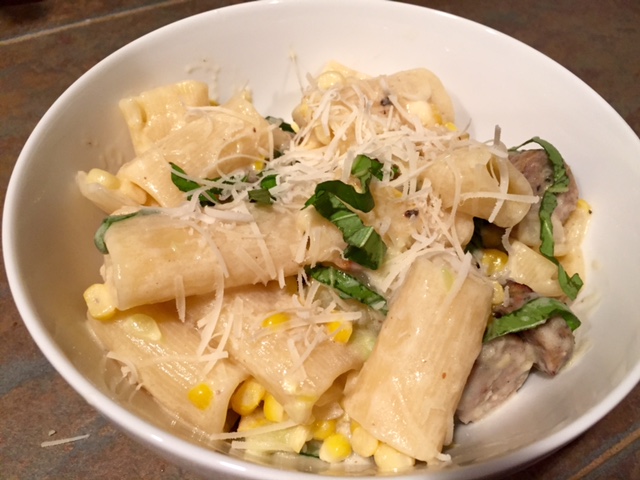 And this pasta is totally worth it.  The sweet corn, summer squash, and onions meld with the mascarpone, Parmesan, and starchy water to make a comforting yet not heavy-feeling chunky sauce that covers the noodles and sausage for the perfect pasta marriage.  Add a little fresh basil and I’m in heaven.  The fact that it all came together in less than half an hour?  Even better. END_OF_DOCUMENT_TOKEN_TO_BE_REPLACED

You just can’t go wrong with a well-grilled marinated chicken breast. It is endlessly versatile—eat it fresh off the grill, re-heat with some veggies, throw it in a stir fry, make chicken salad. 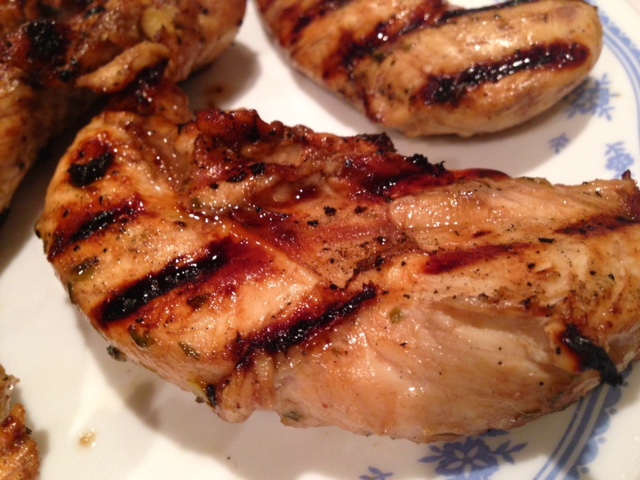 This marinade is one of perfect simplicity…the balsamic vinegar helps slightly break down the meat, allowing the spices and garlic to really soak in, and the honey to make it super moist. But none of it overwhelms. 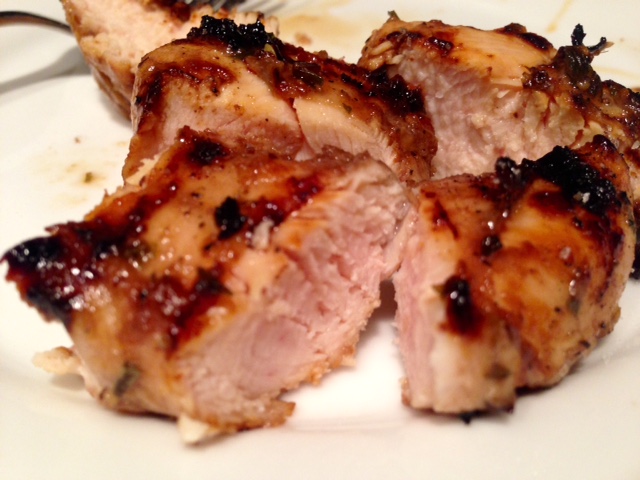 These suckers are so juicy and flavorful, but can go with just about anything! END_OF_DOCUMENT_TOKEN_TO_BE_REPLACED

This is seriously one of the best things I’ve eaten in a while. I had such high hopes for this recipe, and am inordinately happy that I wasn’t disappointed. 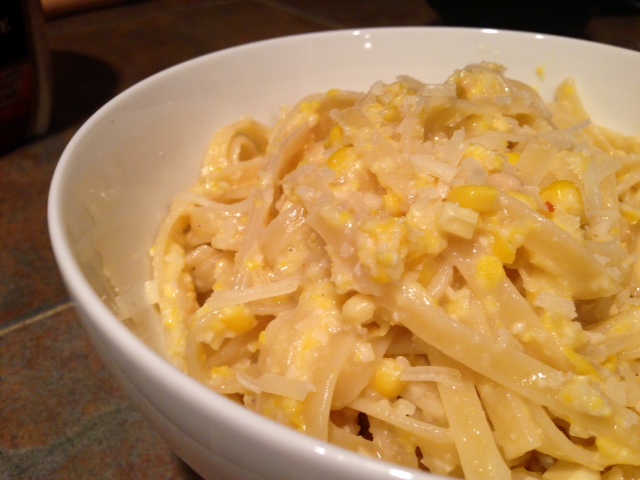 Sure, traditional pesto is made with basil, garlic, pine nuts, and parmesan, but the word basically comes from the Italian verb pestare, which just means “to pound or crush” (i.e. what you do with all these ingredients). Typically you’d make pestos with a mortar and pestle (from the same verb) but most of us are way too lazy to do that on a regular basis. Because food processors are magical. 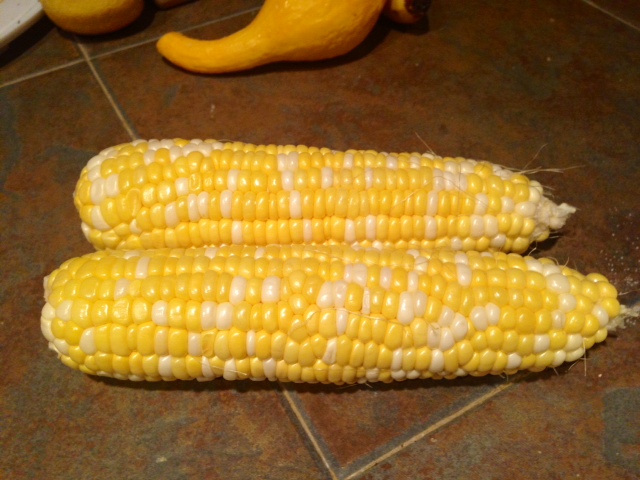 While I’ve tried kale pestos, spinach pestos, and all kinds of different nuts in the sauce as well, this is a very different take on the traditional dish. You start with sweet, juicy fresh corn cut right off the cob. Cook some bacon and leave the drippings in the pan to start the flavor profile. Saute some minced garlic in it to release its amazing aroma. Add a dash of red pepper flakes for just a hint of bite. And finish it off in the food processor with pine nuts, fresh parmesan cheese, and olive oil to make a creamy sauce that clings to the noodles like its life depends on it. 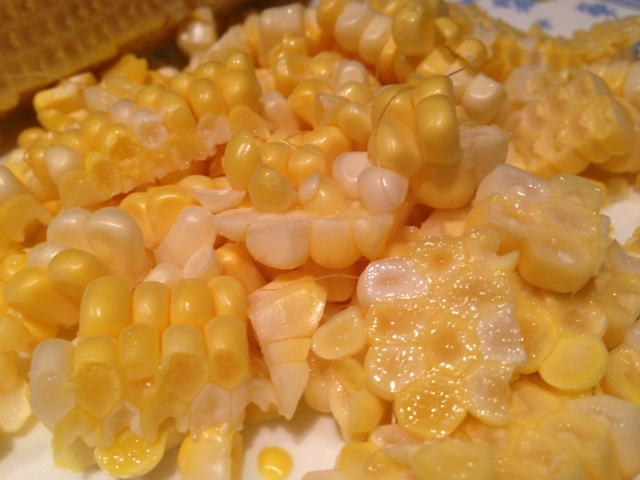 This dish doesn’t take long overall—the longest part is cutting the corn off the cob, which I’m pretty slow at (partly because I value my fingers). Once that part’s done, the rest moves quickly and you can have it on the table in less than half an hour. While you could use many different kinds of pasta, I think a long flat pasta like linguine or tagliatelle is best for this (though I break most of the noodles in half before cooking). END_OF_DOCUMENT_TOKEN_TO_BE_REPLACED 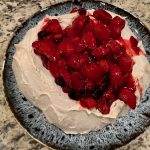 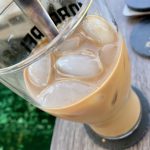 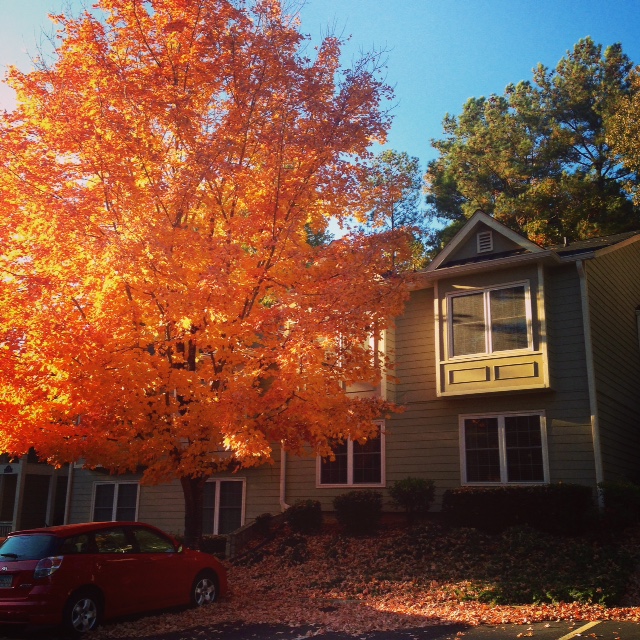