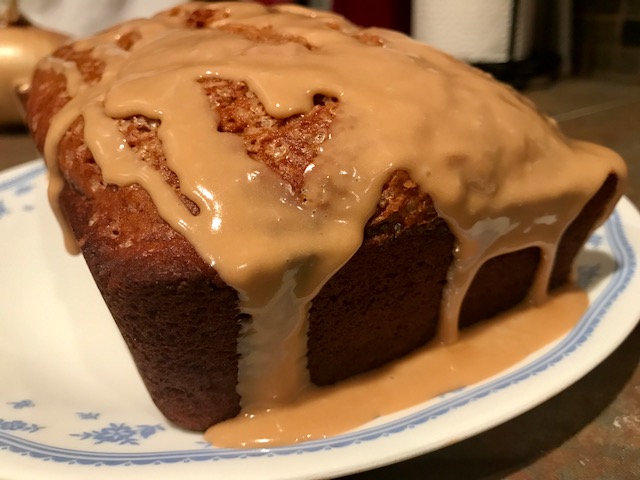 I’m not really into icings or glazes, but this espresso glaze takes something as simple as banana bread to a whole other level.  This banana bread is fairly straightforward, albeit with a little topping of crunchy turbinado sugar and a hint of cinnamon and espresso powder.  But add that glaze and you have a bona fide hit on your hands. 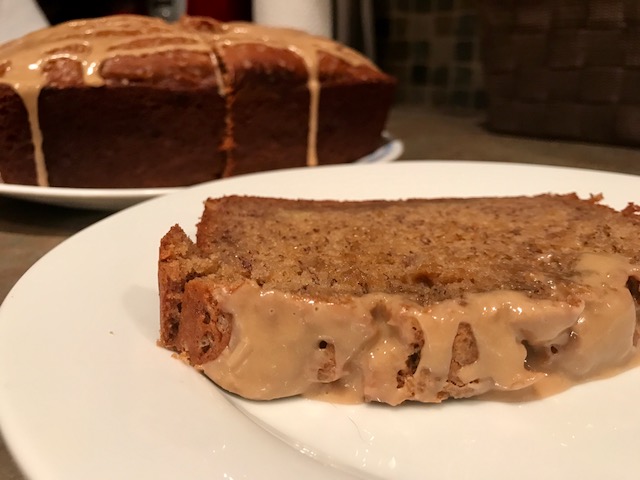 What’s great about the recipe is that it can feel really special, or just be an everyday sort of thing.  I’m not hugely into banana bread, but I am hugely into this.  Seriously, what are you waiting for?  It can be in the oven in 15 minutes.  Go.  Go now.

END_OF_DOCUMENT_TOKEN_TO_BE_REPLACED

I think I’ve found my new favorite cupcake recipe.  These are as close to a perfect texture and taste as any cake or cupcake I’ve ever made. 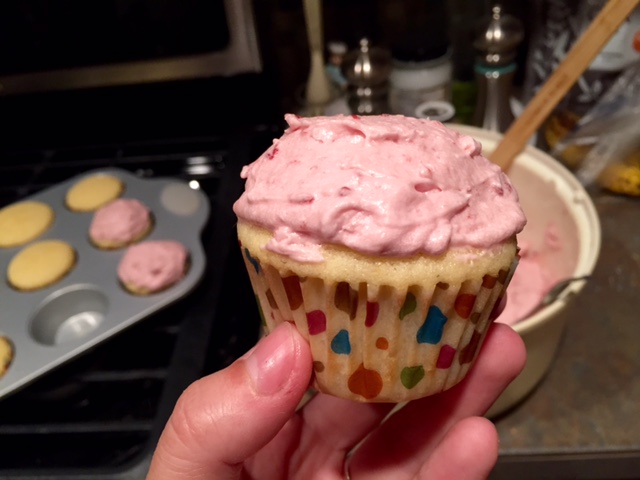 Someone described them as “bomb-ass”, and I’m not going to argue with them.  I mean, it would be rude. 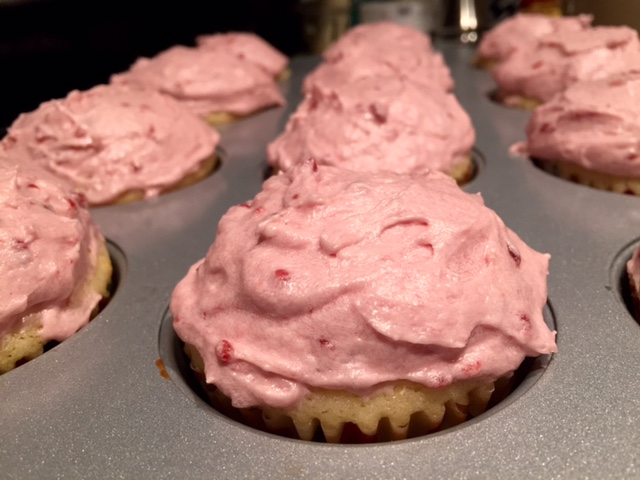 We wanted to do a special girls’ night for Casey’s birthday a few weeks ago, and I heard through the grapevine that she was obsessed with some Publix lemon raspberry cake, so the flavor palette for her cake was easy enough.  I was super excited, because usually people want chocolate or something super sweet, so the chance to make a fruity dessert was one I wouldn’t pass up. 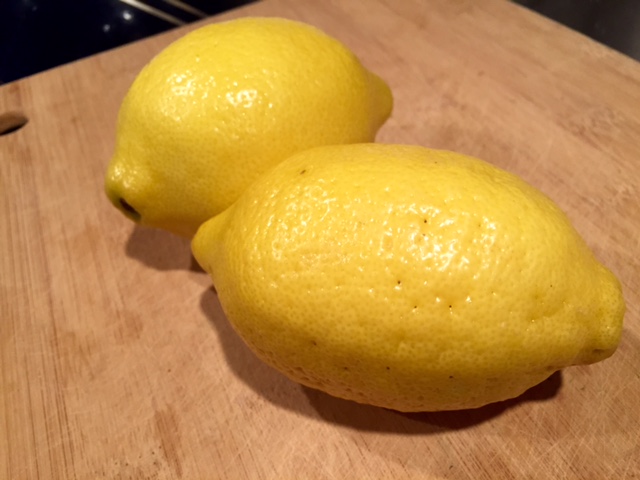 And it’s a good thing these were basically perfect, because they were pretty much the only thing that went right that evening.  The restaurant ended up being a nightmare (45 minutes to order, hour and a half for food to come, took two hours to get a second drink order in), so by the time we left our numbers had dwindled by half and it was already quite late.  Thankfully, three of us persevered and went to our friend’s Midtown high rise for wine and cupcakes and a great rooftop view. 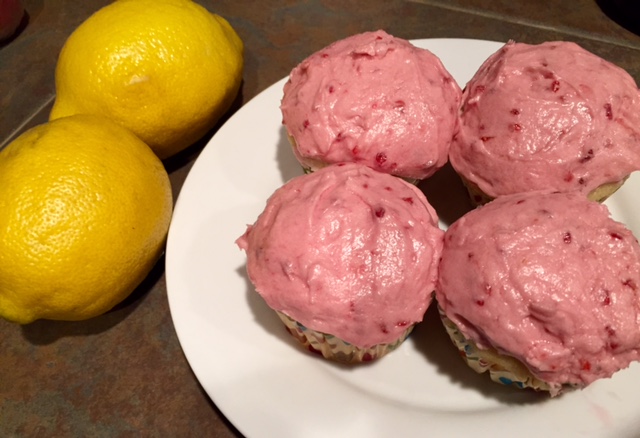 Right call.  The cupcakes are the most insanely moist, dense crumb you can imagine, packed with super tart lemony flavor that never tips over the line into that weird cloying fake lemon flavor that I hate.  Even without the icing they’re perfection.  But the icing is a work of art itself.  Fluffy buttercream taken to the next level with raspberry jam adding some fruity goodness and tanginess to the frosting’s sugar overload.

In other words, you should make these TODAY. END_OF_DOCUMENT_TOKEN_TO_BE_REPLACED

It’s kind of crazy that I’ve never made banana cake before, because it’s something that my extended family made quite a bit when I was growing up. 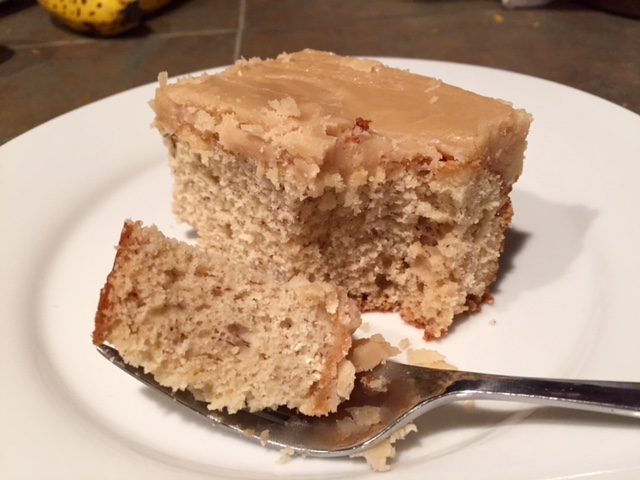 But it was always with cream cheese frosting, and then a few years ago my sister had a brainwave and threw this caramel frosting on instead.  And a legend was born. (I may be being melodramatic) 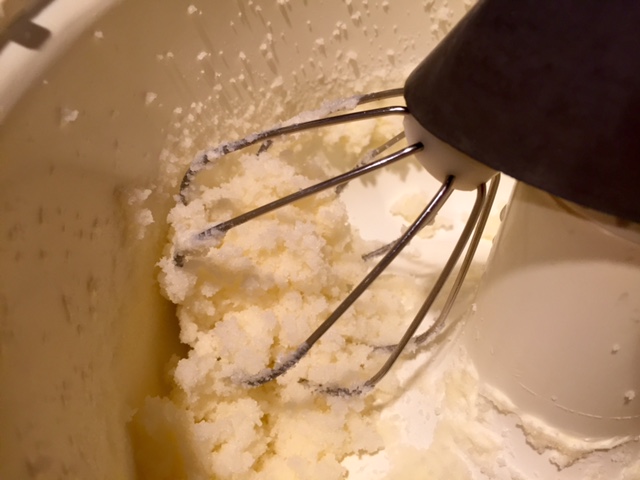 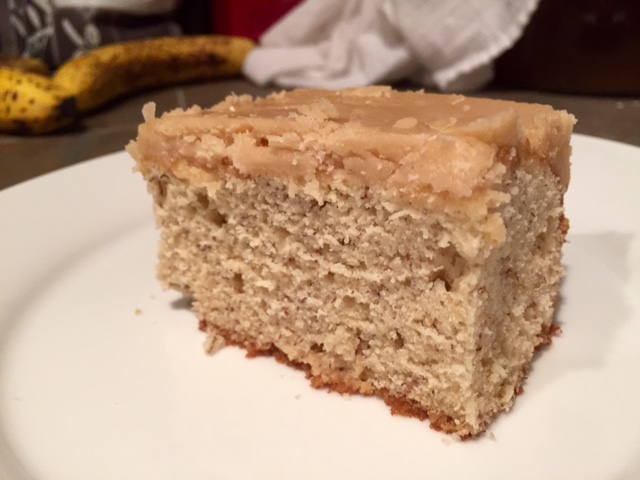 This is also a cake that is perfect to make the night before, because this frosting really seals in the moisture of the cake.  And, of course, use up the billions of browning bananas sitting on your counter.

I haven’t eaten a banana in probably six months, but I still buy them like clockwork, with the best intentions.  This is a thing everyone does, yes?

In general, puppy chow is at the top of the list of “foods I’m never, ever allowed to have in my house”.  Because I will eat it ALL—I love it.  But I think this specific recipe may literally be my favorite food in the world.  It is that good.  Life-changing, even. 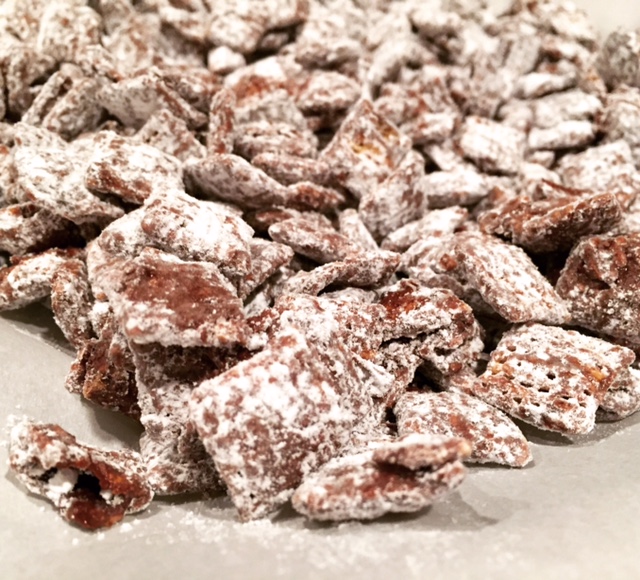 When I first saw this recipe on Food 52, I was obsessed, and couldn’t wait to try it out. The dark chocolate twist was right up my alley (I’m definitely dark vs. milk), and I knew the sea salt would add a perfect balance to what can sometimes be an overly sweet snack. I also made a few changes based on my own preferences…I decreased the amount of powdered sugar and increased the peanut butter (and the chocolate chips, a little) to tailor it to my exact tastes. 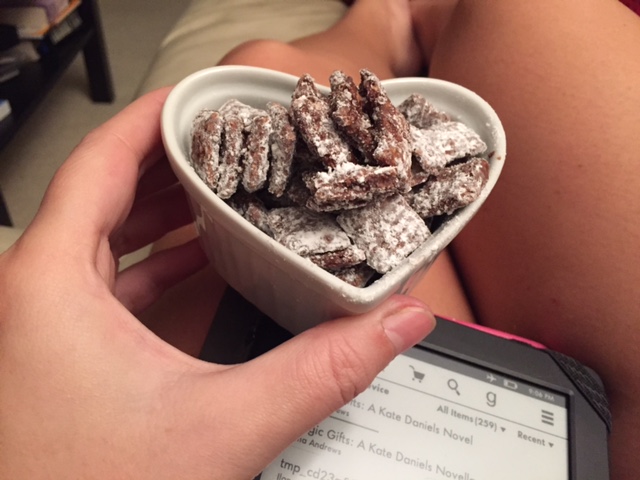 And I done good. Now *this* is what I call a Sunday night… 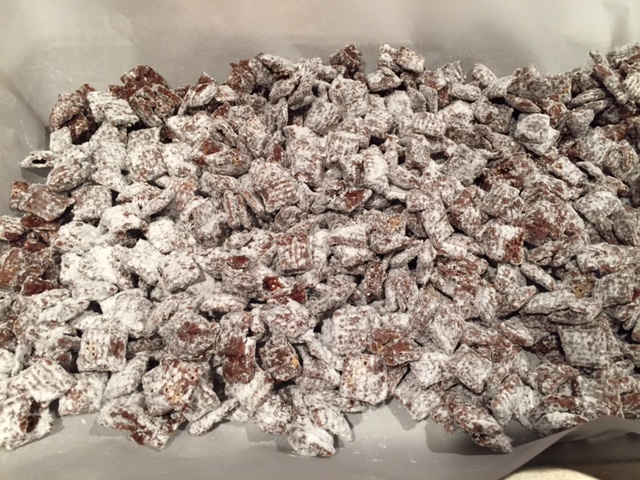 I took this into work (okay fine, what I hadn’t already eaten the night before) and we devoured it in no time flat.  END_OF_DOCUMENT_TOKEN_TO_BE_REPLACED

I had other things I planned on posting this weekend, but I just couldn’t keep this recipe from you for a minute longer.  This recipe needs shared IMMEDIATELY. 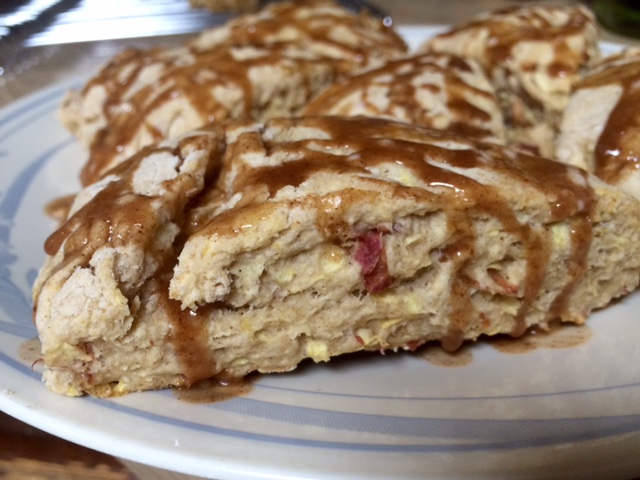 I spent almost a week home with the family for Thanksgiving, and it involved a fair amount of cooking and baking.  Sabbath morning my mom asked what I’d like to make to go along with our awesome chili-cheese omelettes.  I needed something simple and fairly quick, since we were all starving, and scones felt like the simplest option. 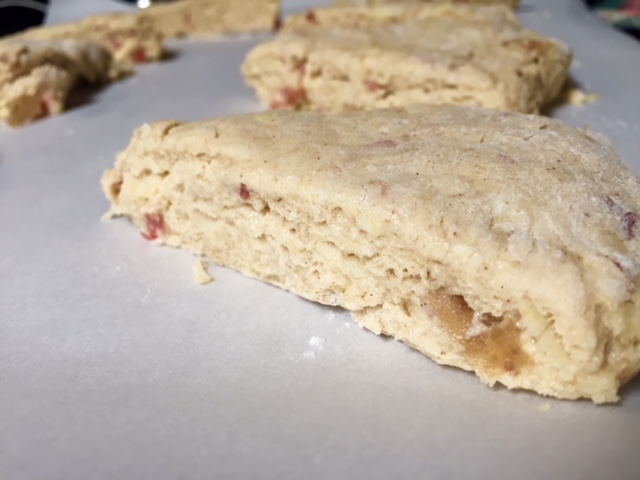 I was really tempted by a cinnamon scone recipe I’ve been eyeing for months, but then this jumped at me.  I took a chance, and BOY, did I make the right choice?! 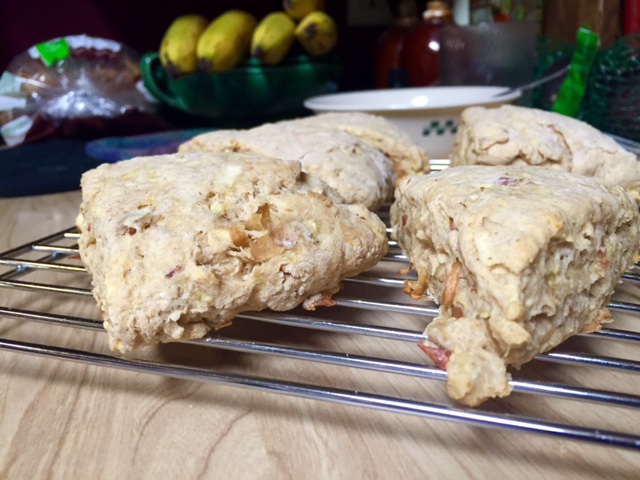 The strangest thing about this recipe is that it doesn’t include any milk or buttermilk.  That made me nervous, and I was worried these would be dry or wouldn’t rise well, but I was totally wrong.  The shredded apples and the applesauce gave them all the moistness they needed, and the texture was perfect.  They’re pretty healthy as scones go, and have such a great flavor. END_OF_DOCUMENT_TOKEN_TO_BE_REPLACED

Wow, I can’t believe it’s been so long since I posted last! Things have been nuts with work, and some travel as well. While I haven’t cooked much, I actually have a backlog of recipes that I just haven’t been able to find the time to put together and post. 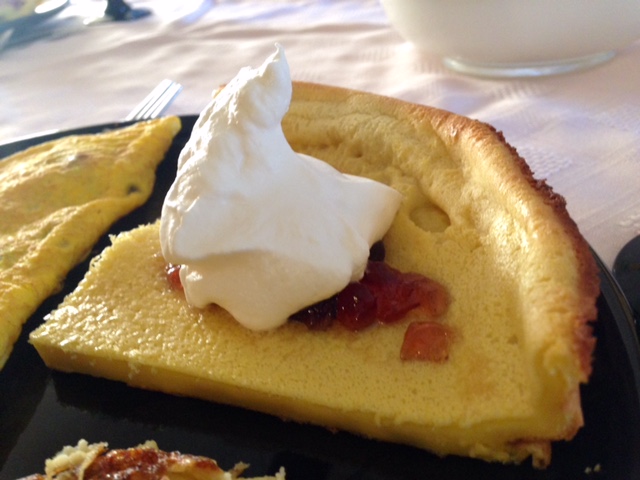 July has been a whirlwind. My mom came for a visit, which was great. We cooked an awesome dinner one night, but I also talked her into getting burgers, Thai, and Chinese takeout. Which was bomb. Then last week I was up in New York for work, then spent a long weekend in L.A. with a bestie hiking the Hollywood Hills and drinking copious quantities of wine. On top of insane work hours, what few minutes of free time I can squeeze out are taken up by the last stages of planning for our Scotland trip right now (!!). 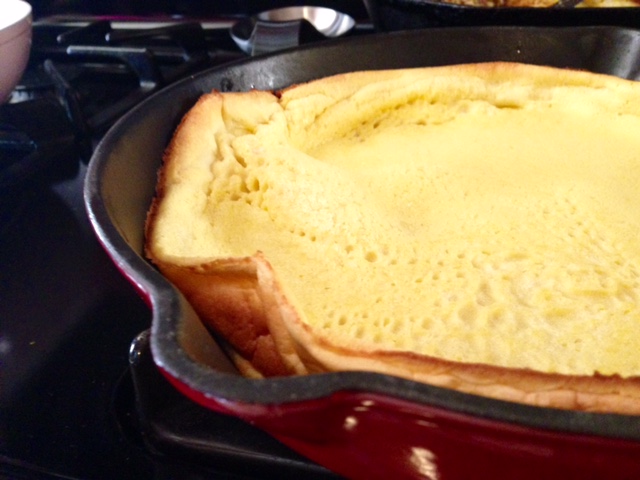 But I realized last night that I’d never posted this dutch baby recipe, which is practically criminal. These things are awesome. These aren’t something I grew up with, but it was the recipe for apple pie german pancakes that gave me the idea. I had some leftover batter, and so I looked up what to do with it. I effectively made one of these, and have been hooked ever since. They’re easy, fast, incredibly versatile, and delish! END_OF_DOCUMENT_TOKEN_TO_BE_REPLACED 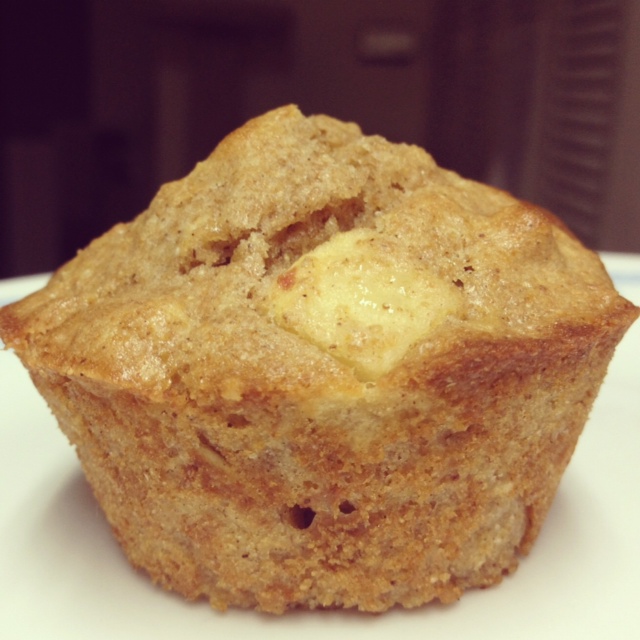 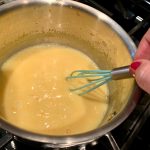