Oh, internet peeps, this trip was just amazing.  No other word for it. 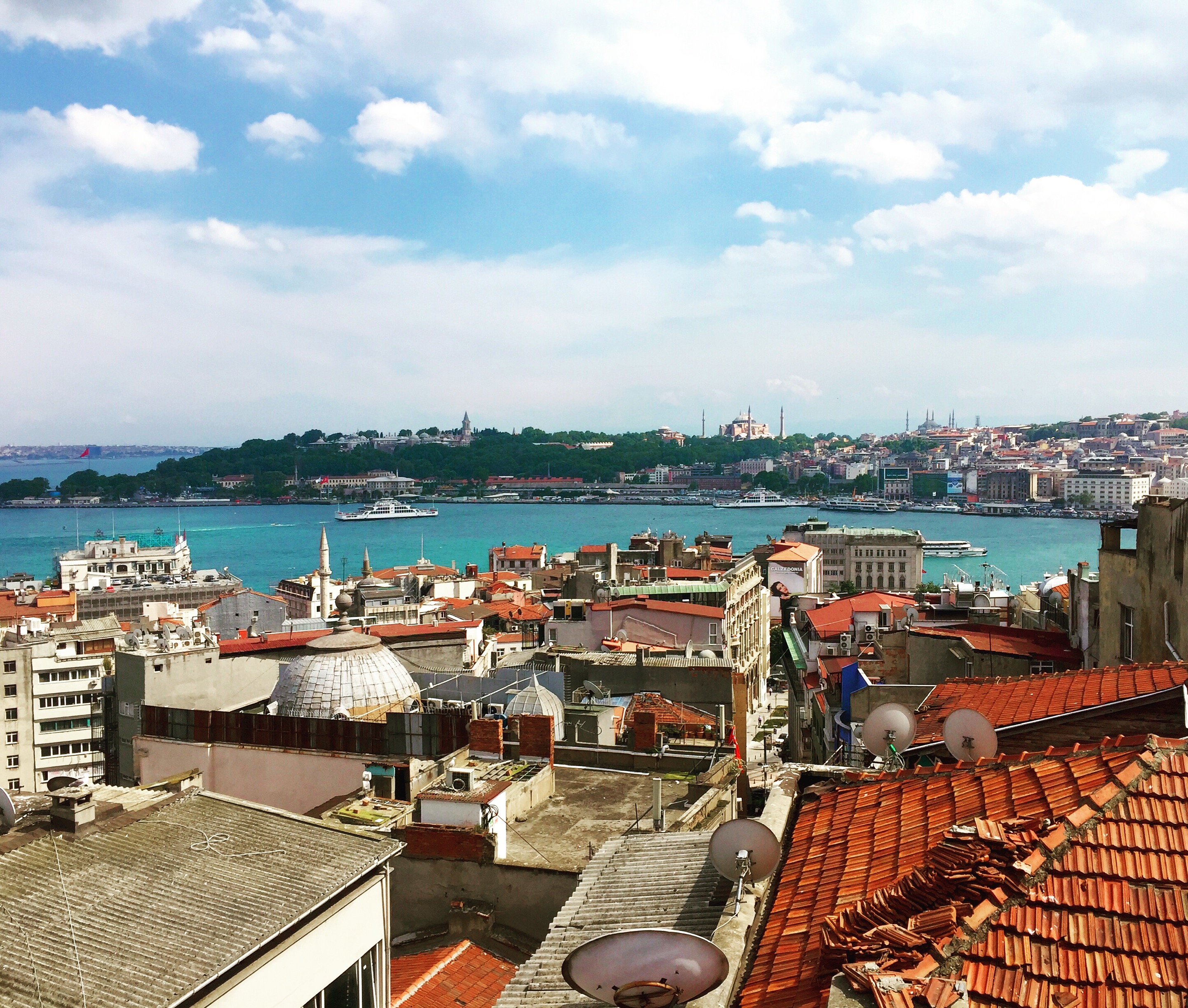 The view that welcomed us at our Airbnb rooftop apartment

When my co-worker randomly texted me in February saying she’d found a ticket to Istanbul for around $700, did I want to go, I immediately jumped at the chance to visit a city that’s always been on my bucket list.  As a total history nerd, the Roman Empire and Constantinople has always fascinated me, and so off we went for a whirlwind Memorial Day weekend.

And Istanbul?  You did not disappoint! 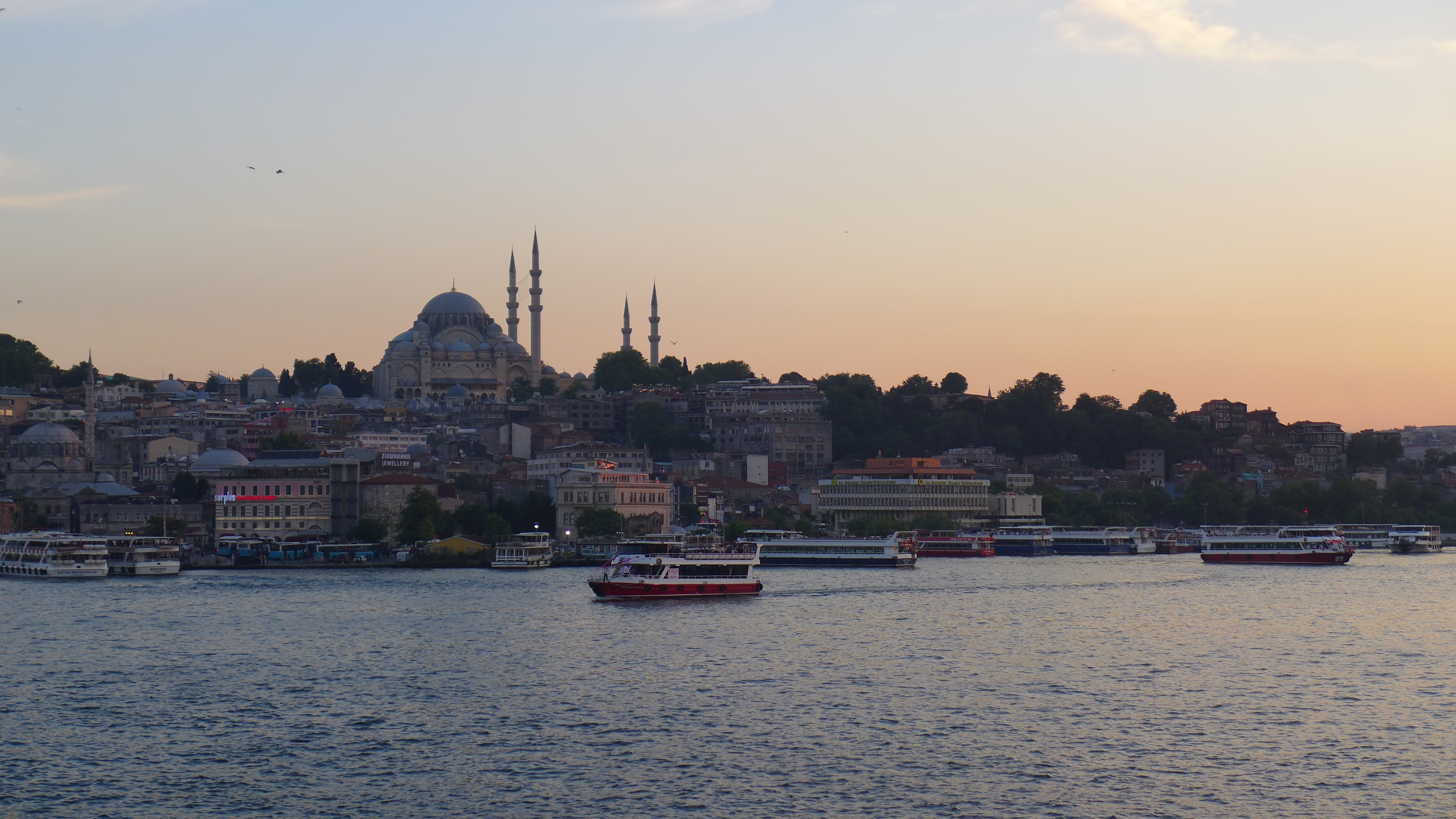 But while I’ve always looked forward to seeing Istanbul’s architecture and culture and history, I hadn’t given its food much thought.  In my pre-trip research I read about a lot of things that sounded great, and we decided what better way to get our bearings in the city than with a food tour (or two)—and that was an excellent decision, if I do say so myself.

I totally fell in love with Turkey’s food…join me, if you will, on this gastro extravaganza (gastro-vaganza??). 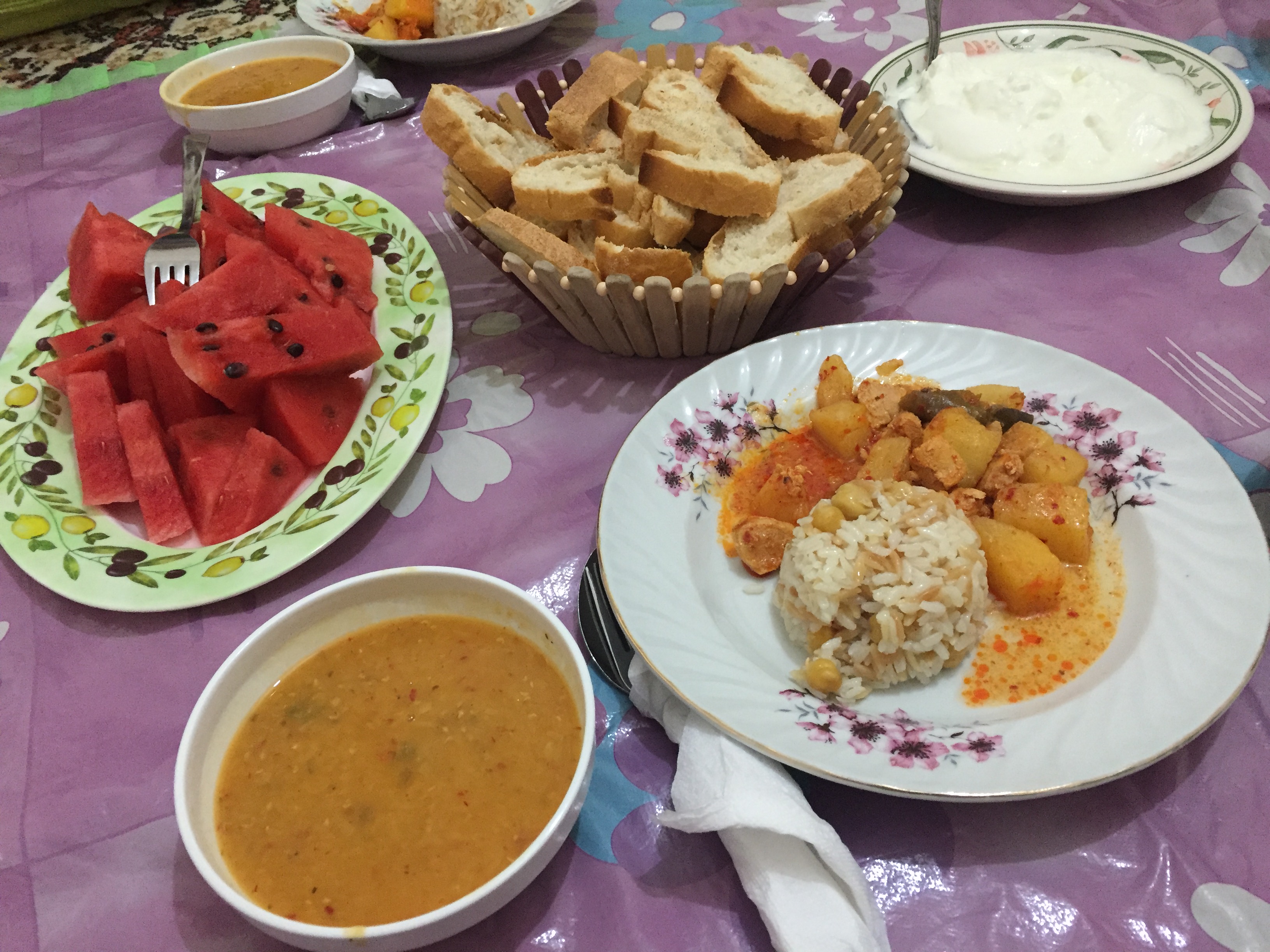 We arrived at our apartment in late afternoon, refreshed ourselves, and hit the streets right away.  After accidentally getting on the tram going the wrong direction for a stop, we quickly got headed the right way and met up with our tour guide in Sultanahmet. 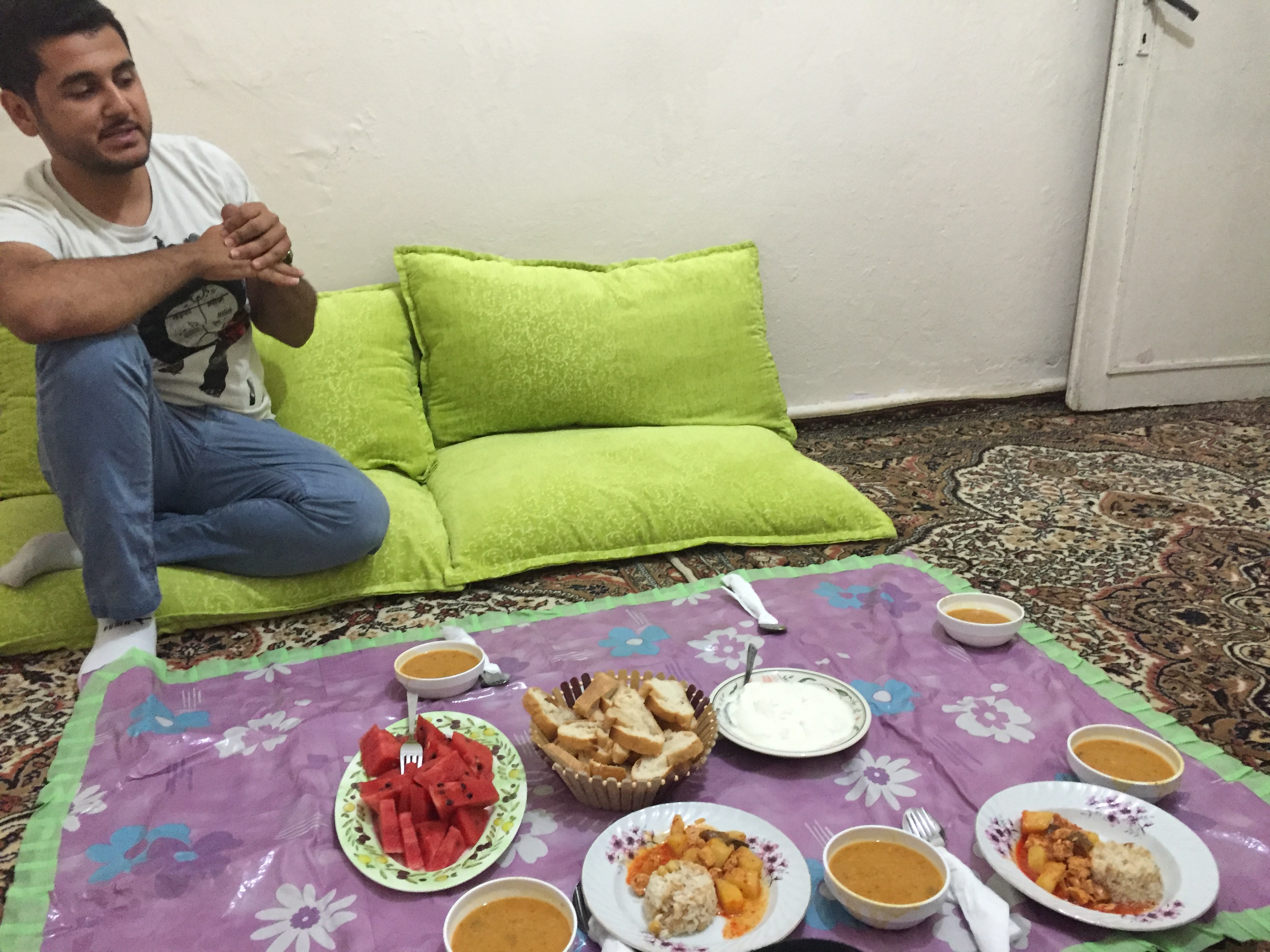 This was our guide, Burek.  He brought us to a local family’s house, where the mom made a traditional meal including corba (a delicious lentil soup), chicken with vegetables and sauce and pilav and yogurt, and bread and watermelon.  We also had the traditional black tea.  We sat on the floor like they do regularly, in the same room they sleep in as well.  Throughout the meal we conversed with the family, with Burek translating, and learned about their life in the eastern part of the country prior to coming to Istanbul about a decade ago (they are Kurdish) and what their life is like now.  It was such a cool experience. 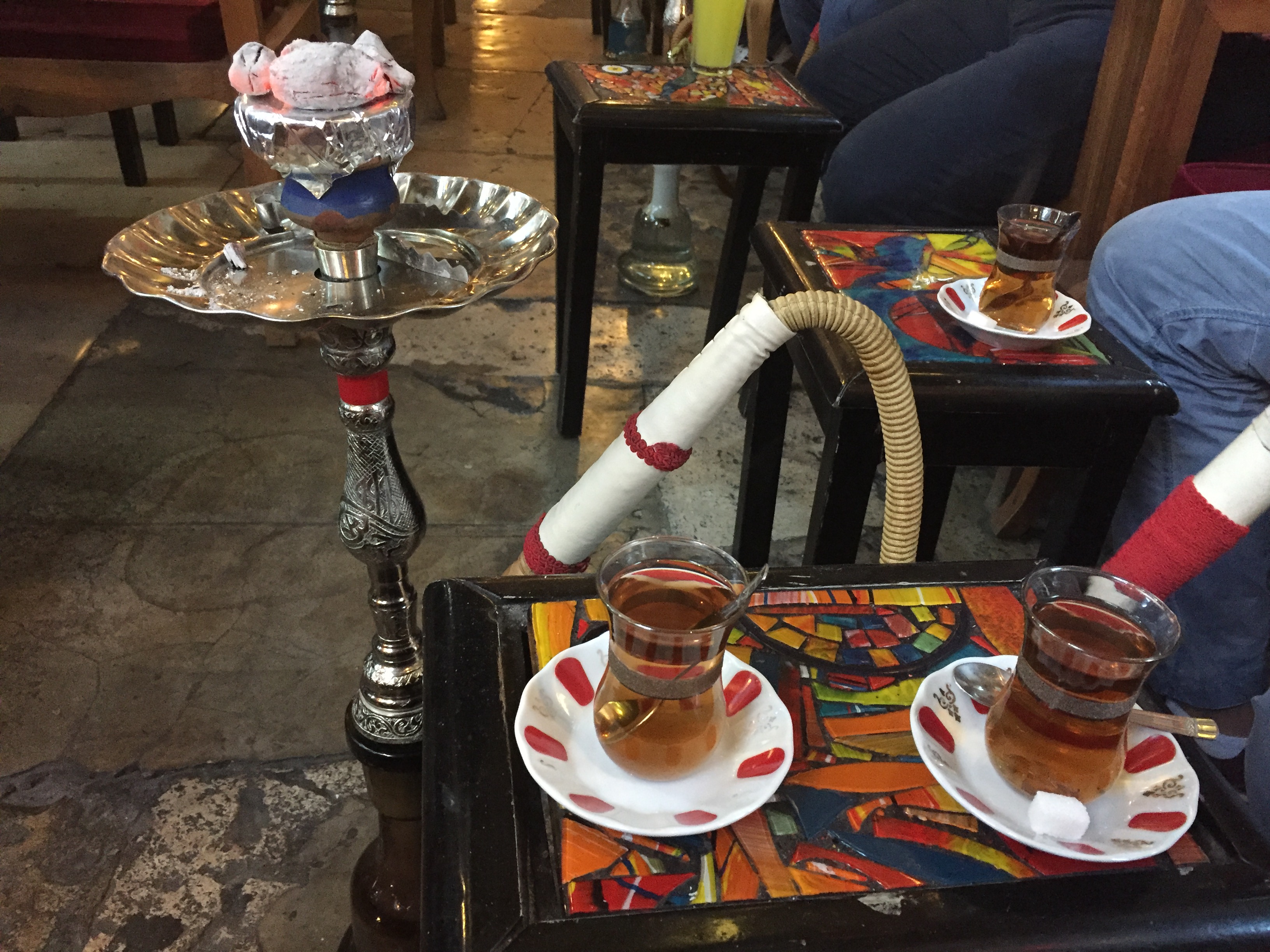 Burek took us to a local pub next.  Pubs don’t serve alcohol, but instead the traditional shisha (also called hookah, nargile, etc.) and tea.  The pub was really beautiful, with ornate light fixtures and beautiful inlaid tables.  Frequented by locals, the building is over 300 years old, was once a religious school and dervish lodge, then bazaar.  The waiter brought us glasses of “apple tea” (which is more like the powdered apple cider that comes in packets, and only drunk by tourists and children) and apple (elma) shisha.  While the shisha is definitely not for me, it was a really interesting and authentic experience. END_OF_DOCUMENT_TOKEN_TO_BE_REPLACED