Sometimes I get obsessed with things. 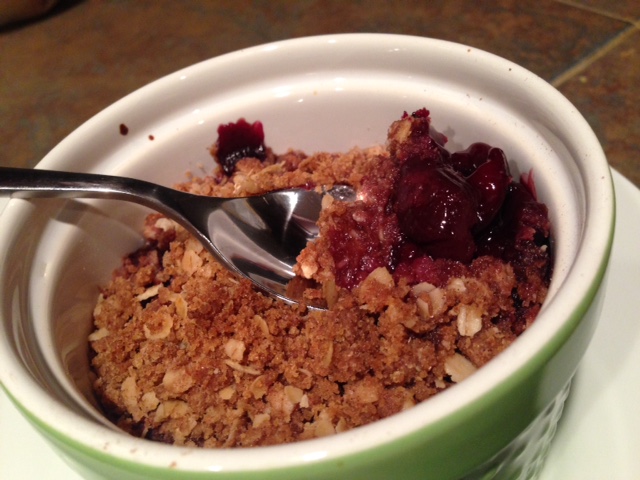 This is one of those things. I love fruit crisp, but sometimes it’s not worth the effort to make a whole pan (plus, then I eat the whole pan, which…). 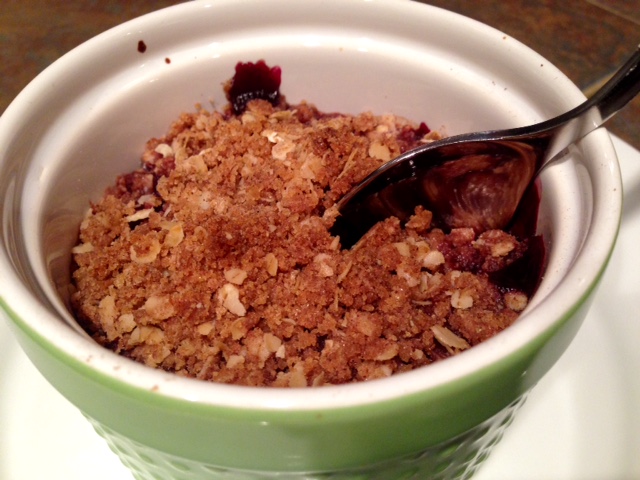 I first got the idea when I made a sweet dark cherry pie for Thanksgiving last year. I’d never really worked with cherries before, always sticking instead to apples, pears, and peaches. I kind of winged it (wung it?) and made up the recipe after reading a few different ones, and it turned out great. And then one night recently I was jonesin’ for something sweet, and the idea of fruit crisp hit me (I wasn’t in the mood for chocolate for some reason). All I really had, though, was a bag of frozen cherries for smoothies. I decided to give it a go, and made two—one in the oven and one in the microwave. Shockingly, I liked the microwave version and it took WAY less time. 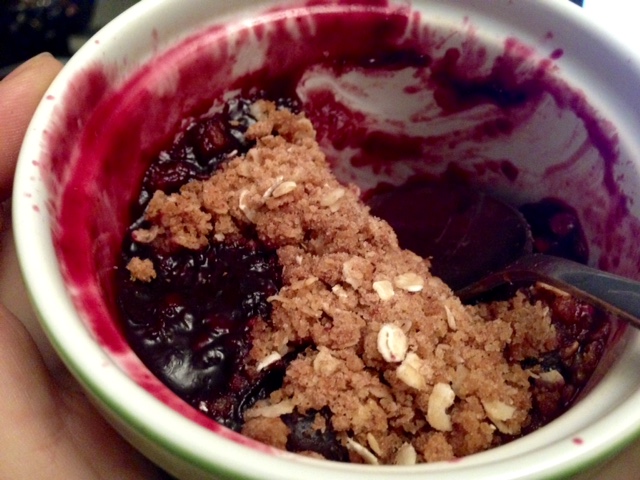 Since then I’ve made it several more times because I couldn’t quite get the flavors exactly like I wanted. This is a pretty fluid and forgiving recipe. You can add a little honey or sugar to the filling if you feel it needs it (or are using tart cherries), but mine is plenty sweet. Also, you could make it gluten-free by using a flour alternative like oat flour, coconut flour, almond meal, etc.  I tried a few different spice combinations in the filling and topping (cardamom, ginger, etc.), but ultimately found that simpler was better—cinnamon and some almond extract. END_OF_DOCUMENT_TOKEN_TO_BE_REPLACED 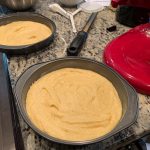 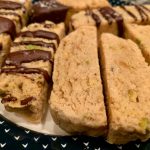 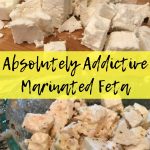