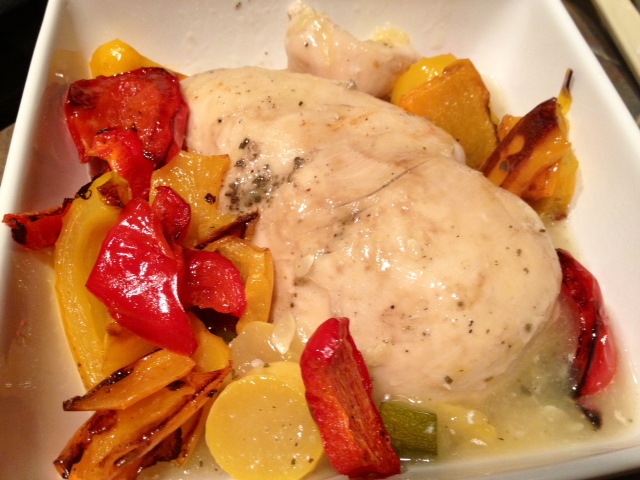 You can add whatever veggies you have around, it’s a super versatile recipe. I also cooked up some farro to use as a base for the recipe. It didn’t call for it, but it seemed a shame to waste all that tasty sauce. You can use anything you have on-hand—rice, quinoa, pasta, whatever.

Cut up your veggies. Like I said, I’d maybe wait and add them close to the end next time, but either way works. 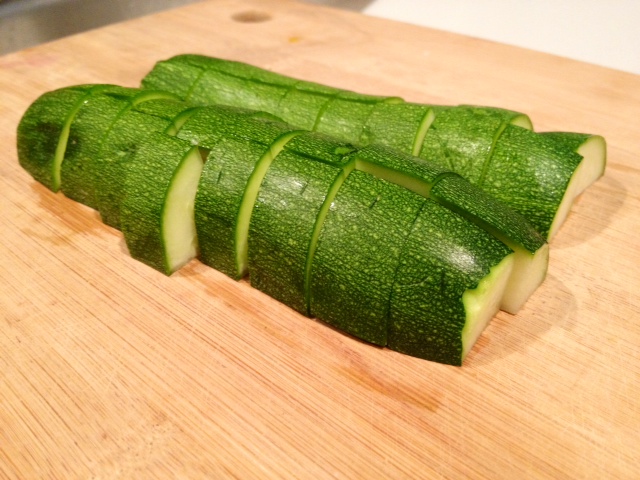 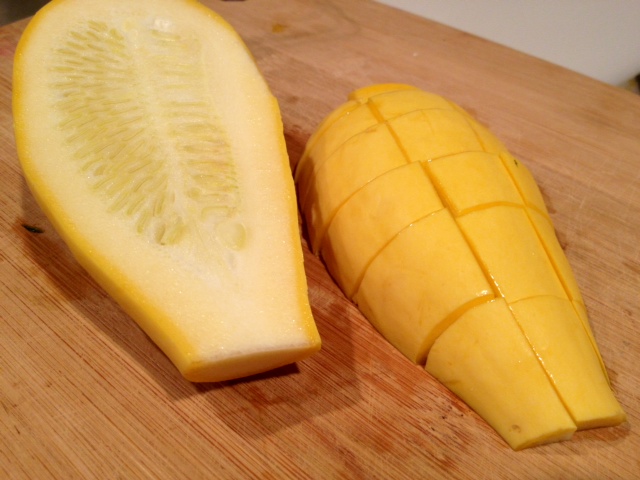 Lightly spray your crockpot with non-stick cooking spray. Lay the chicken breasts in the bottom, then pile the veggies on top and sprinkle with the spices.

I didn’t have the dried oregano the recipe called for, so I used rubbed sage, rubbed thyme, and of course garlic powder, salt, and pepper.

Pour in the whole bottle or can of beer.

About a half hour before you’re ready to serve, stir up the cornstarch with a little lukewarm water and stir into the crockpot to help thicken the sauce. 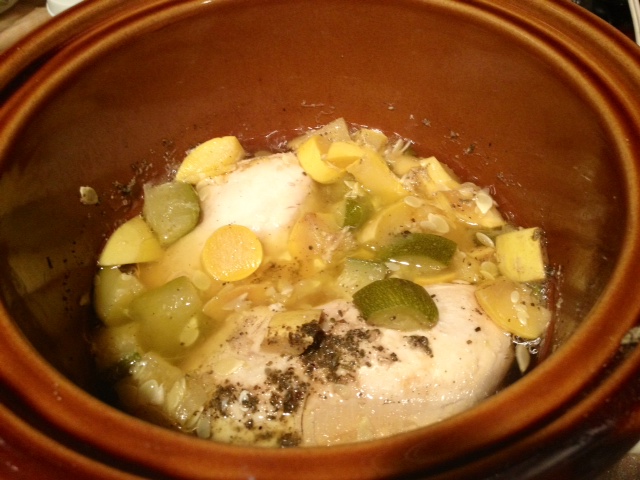 Also, cook up whatever grain or pasta you’re using for a base. This is my lovely cooked farro. 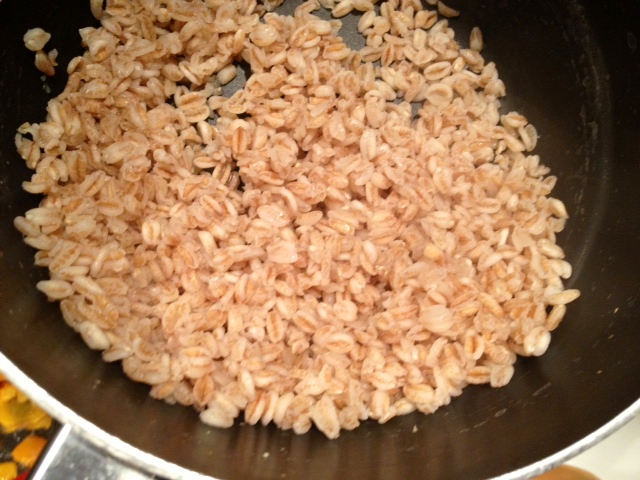 Ladle the sauce and veggies on top of the grains and chicken. 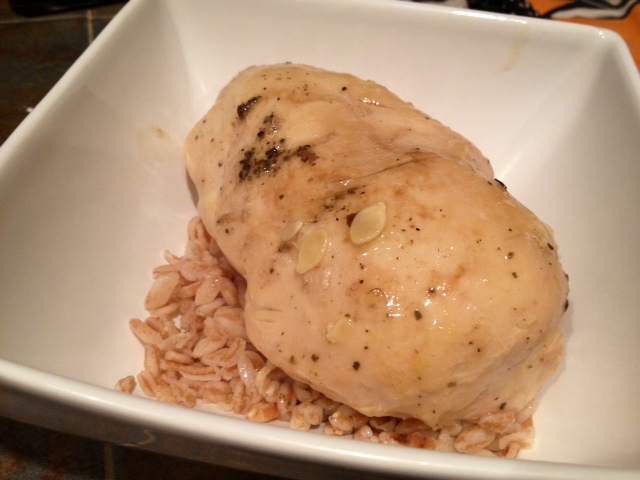 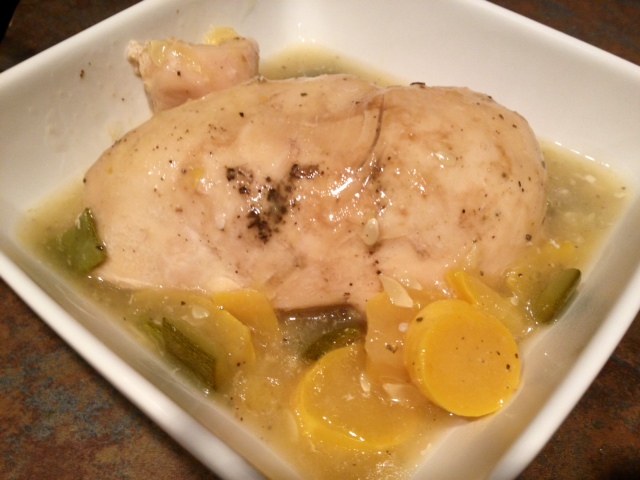 I roasted up some peppers as well, but just threw them on top (so they kept their lovely crispiness). 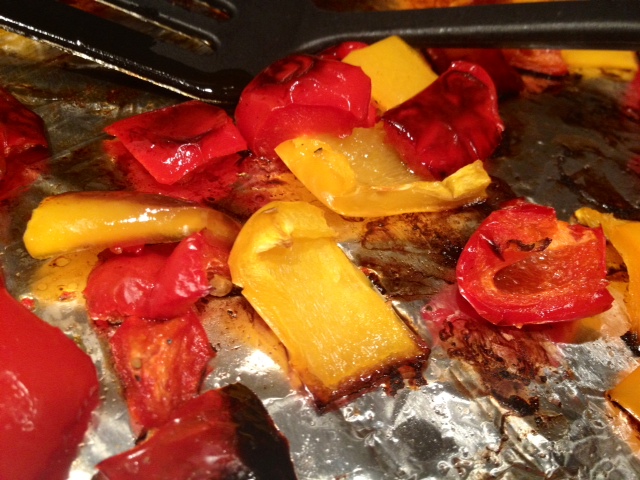 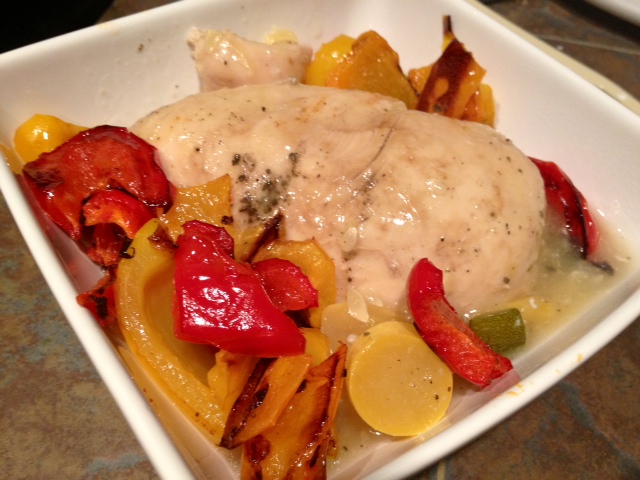 Recipes like this crockpot beer chicken definitely make me see the value of using the crockpot sometimes. It was simple, tasty, and gave me some good leftovers for the rest of the week. And I didn’t have to mess with the raw chicken at all, which is always a plus in my book! 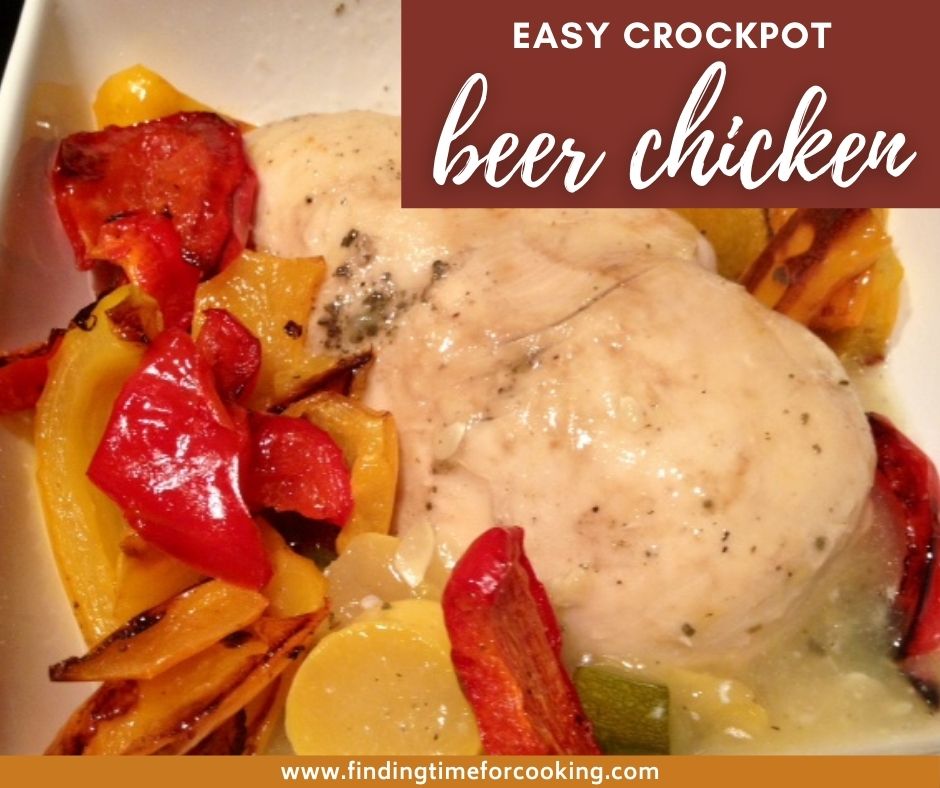