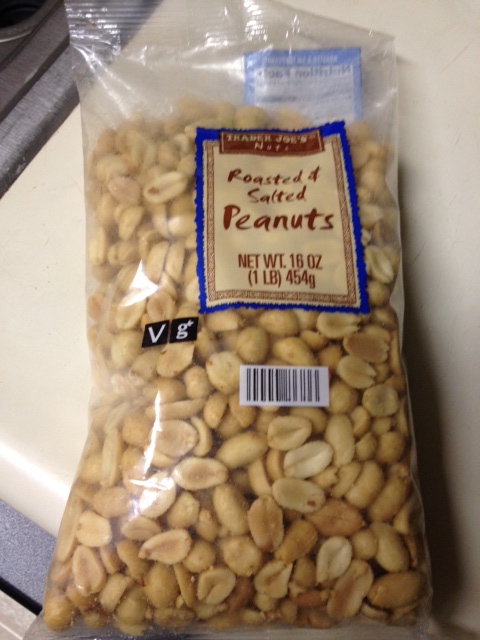 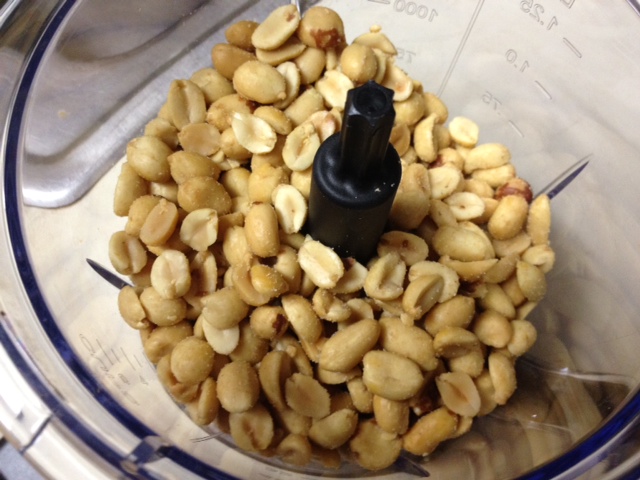 Throw them in the food processor. Make sure there’s plenty of room at the top, this is going to expand some for awhile. 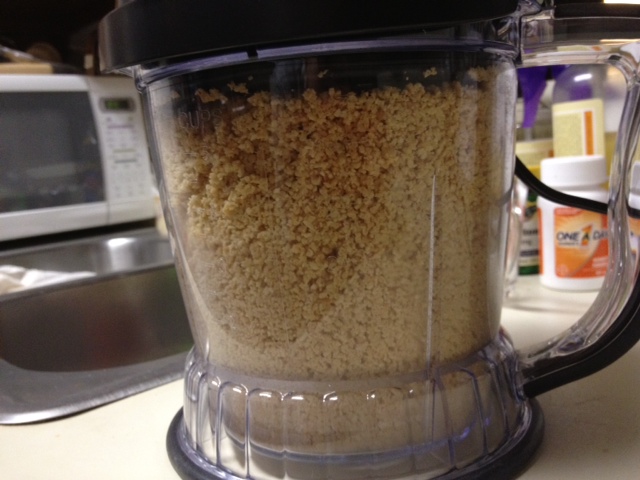 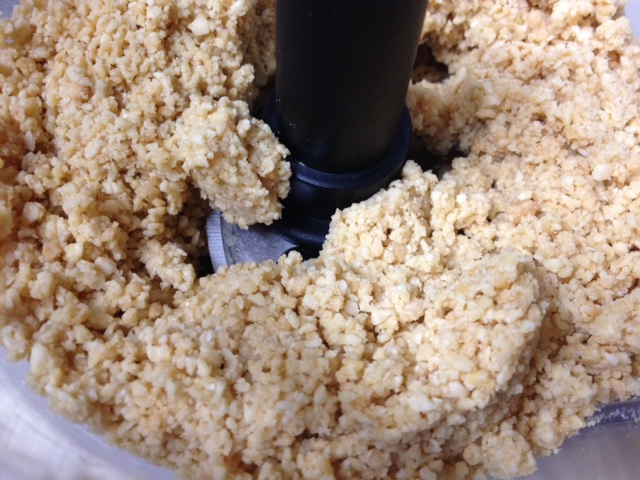 Keep food processing, even when you’re a little worried about your food processor’s little engine. 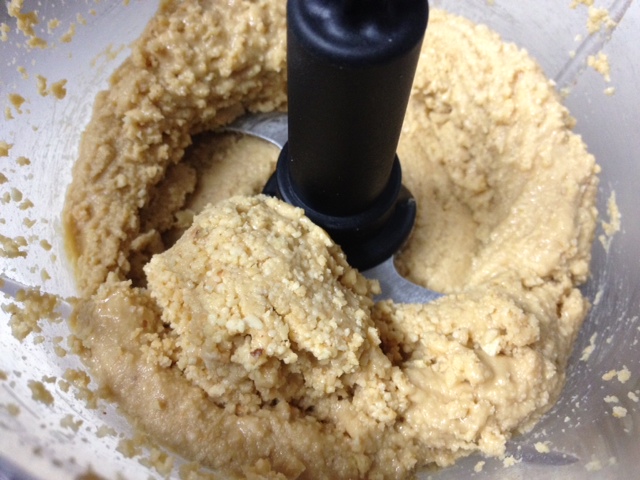 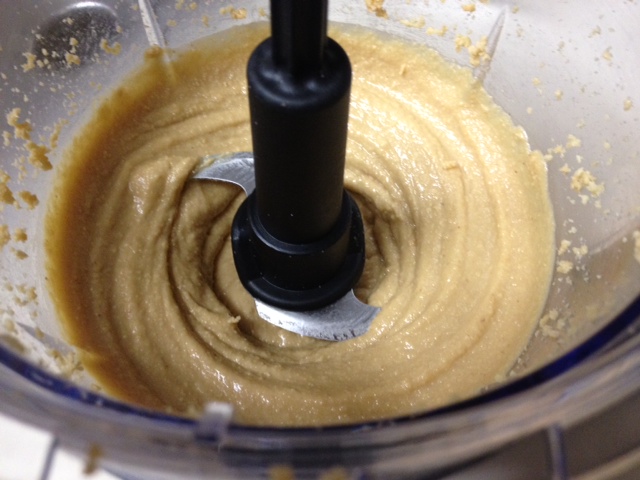 And voila. Probably took 3-5 minutes of food processing, but it just magically broke down into creamy peanut butter as promised. 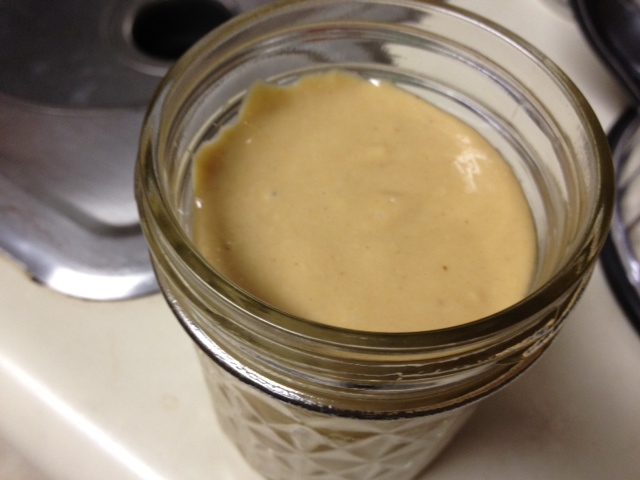 I threw into a couple mason jars and initially stored upside down to help the seal form. 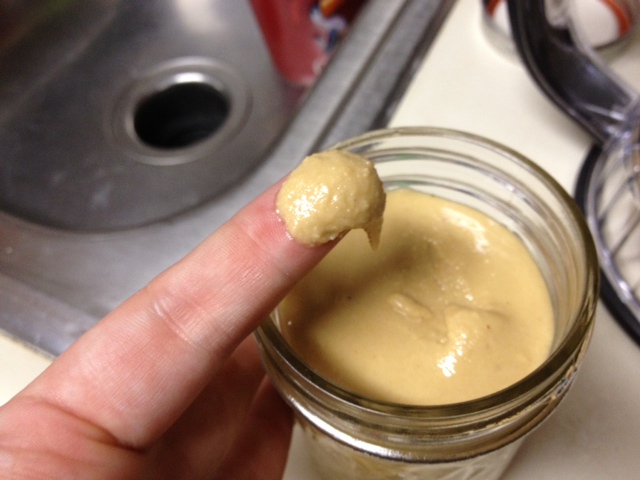 Mmmmm! It’s been awesome, and I had my first pb&j sandwich with my amazing homemade peanut butter and my homemade no-pectin strawberry jam, and it was amazing!  Probably best pb&j I’ve ever had. 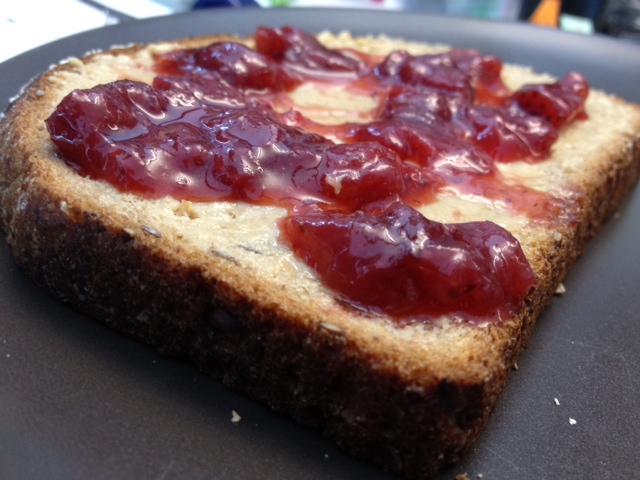 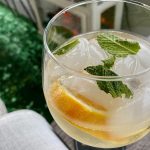 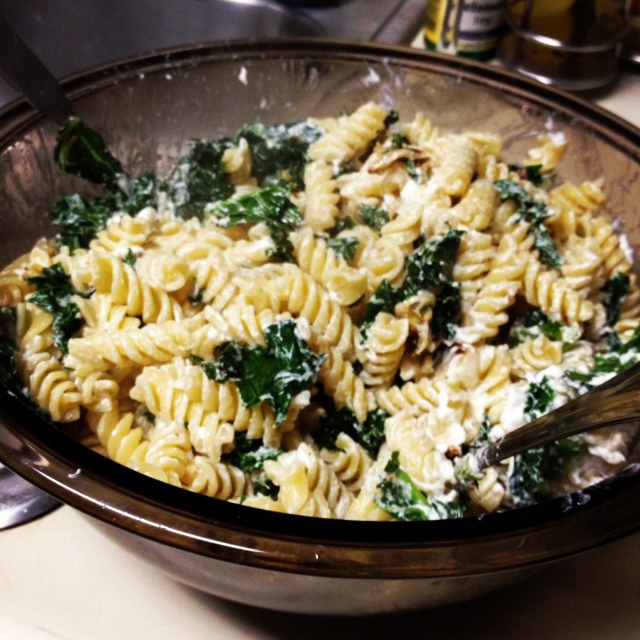